World War I: A Snapshot of Canadian Contributions 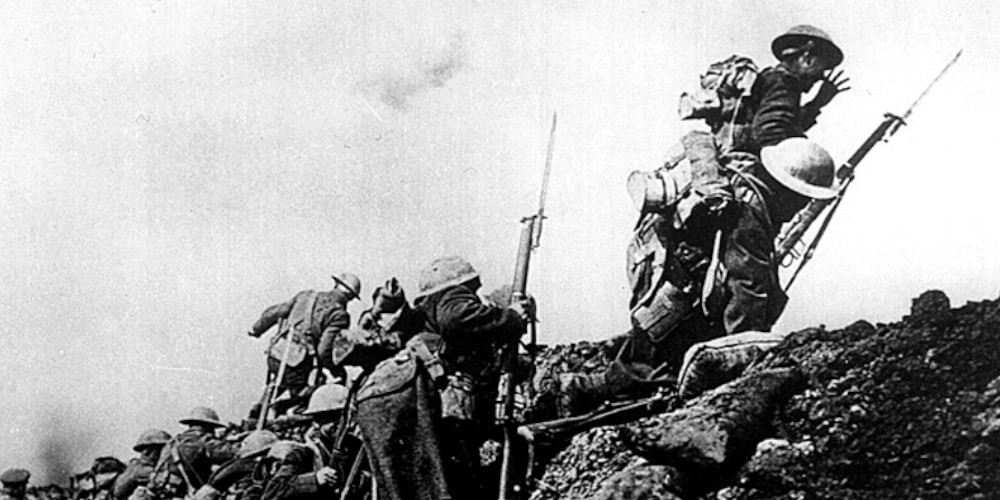 Lasting more than 4 years, World War I would cause death and destruction on a scale never seen before. Over 650,000 Canadians will serve in the war, over 172,000 will be wounded and 66,000 will make the ultimate sacrifice for their riding.

Canada’s wartime efforts in the Great War (as it was called at the time) would help propel Canada onto the international stage and gain global respect as an independent nation.

Here is a quick look at some of the greatest battles and contributions of the Canadian Forces during the First World War.

With French soldiers to their left and British soldiers to their right, Canadian troops would dig and prepare for their first enemy engagement in the war. They didn’t know the challenge would be even greater than they could ever have imagined. Why? The 2nd Battle of Ypres will see the very first use of poison gas as a weapon of war.

German forces released 160 tons of chlorine gas into the wind, causing the French defense to collapse, leaving a huge 6.5-kilometer gap in the Canadian left flank. After being withered by machine gun fire, bombarded with artillery shells and suffocated by yet another poison gas attack, all causing terrible casualties of nearly one in three, Canada still held the line.

Battle of the Somme

With the Battle of the Somme lasting over four and a half months, over 200,000 Allied troops lost their lives, and no real major breakthroughs took place, this certainly could not be considered a victory for the two camps. What he did, however, was continue to push Canada down the path to wartime notoriety as a force to be reckoned with.

During the battle, Canada will use a new tactic called the Creeping Barrage. Trench warfare had imposed itself halfway through the war, and attacking an enemy position was always a guarantee of massive casualties. What the creeping barrage did was troops closely follow a slowly advancing precision artillery bombardment. This would force enemy troops into cover, allowing Canadian troops to pass through no man’s land without being shot down by the usual overwhelming number of machine gun and rifle fire.

After this battle, the Germans began to call the Canadian troops “Sturmtruppen” or Stormtroopers, astonished by the bravery and speed of their opponent.

Probably the best-known Canadian battle of the war, Vimy Ridge would prove to be another seemingly impossible task that Canada was known to perform.

Prior to 1917 Vimy Ridge was occupied by German forces and each attempt to capture it resulted in fierce resistance and defeat. When a massive offensive operation was planned by the French and the British, Canada was called upon to take this key strategic position.

Canada would not go into this battle unprepared. They created training trenches and miniature battlefields to repeat the attack, maps were given to each soldier, so that each man would know his precise target and time of arrival, and the creeping barrage would be deployed again, helping to push the Canadian troops to victory. .

The Battle of Passchendaele

Also known as the 3rd Battle of Ypres, Canada would return to the scene of its first engagement and this time it would be even more difficult.

With flat, muddy terrain that offered no cover and slowed movement to a crawl, the area around Passchendaele was a nightmare for the troops and the exact opposite of a good offensive position. After the command of the Canadian Corps was overthrown in its attempt to avoid fighting in this region, Canadian troops advanced slowly and steadily on the battlefield.

In just four days, Canada made its way to the outskirts of Passchendaele, and within two weeks Canadian forces would eliminate the remaining pockets of German resistance from the edge of Passchendaele Ridge.

Do you notice a pattern? It seems that when a task was so big it was overwhelming, the Canadian Forces gained a reputation as the army to call in when failure was not an option. Whether it is attacking a high and heavily guarded position, holding the line while suffering from poison gas, or squeezing through deep mud in a hail of gunfire, Canada does not stand by. would hardly ever see the goal he was looking for refused.

It was this reputation that earned them a key place in the Hundred Days Offensive, the last Allied push of the war that would lead to the surrender of the German army and the end of the horrific suffering of the First World War.

For more information on Canada and its contributions to the First World War, Click here.