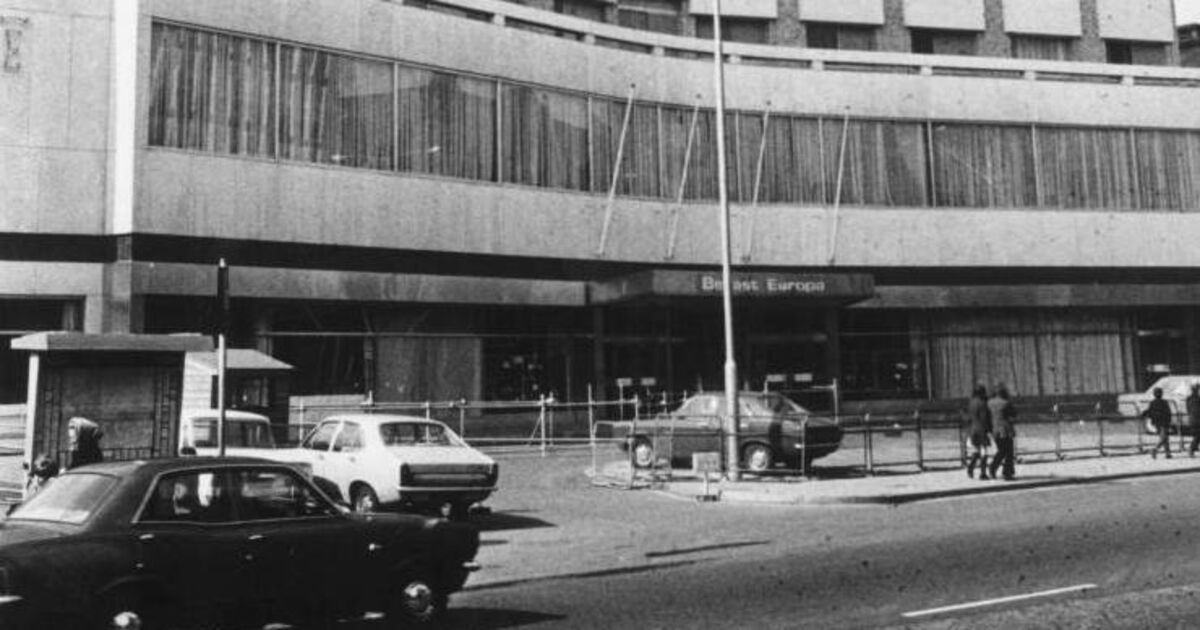 I have never stayed at the Europa Hotel in Belfast, although I have spent time in its bar on several occasions. Along with McGlade’s Bar behind the offices of the Belfast Telegraph, it was one of the great “listening posts” for journalists during the Troubles.

The last time I was at Europa was in October 2006, and it was to meet the late Reverend Ian Paisley’s daughter, Rhonda. We haven’t talked much about past violence; instead we talked about his paintings.

Earlier this year, the Europa was featured as part of Al Jazeera’s War Hotels series. This book is based on the research undertaken for this documentary series. The Europa has the dubious distinction of being “the most bombed hotel in the world”. In the period from 1971 to 1987 (the last IRA ceasefire) it was bombed 33 times.

Even as I write this, you can be sure that there is now a hotel in Kyiv that serves as an “island of refuge and operational headquarters” for the international press covering the war in Ukraine, a hotel that is sure to be included in any new edition of this book.

At the start of his novel The Quiet American (set in Vietnam in the final days of the French occupation), Graham Greene’s central character, a journalist, goes to the Continental Palace in Saigon to meet other journalists.

The authors tell us that it was “in room 214 of the hotel that Greene wrote his novel while allegedly working informally for the British intelligence agency MI6”.

The Continental, along with the Caravelle, was a safe place for journalists working in Saigon. It “became one of the key places to meet fellow journalists, military, politicians and spies, and gather intelligence”.

Walter Cronkite, one of the most reliable and reputable journalists (he was the prime time anchor of CBS News), preferred to stay at the Caravelle. “It would be his sobering assessment of the course of the conflict that cast doubt on the possibility of winning the war in Vietnam.”

In Hanoi, the capital of North Vietnam, it was actress Jane Fonda who gave one of her hotels party status. In July 1972, she traveled to Hanoi to see for herself the impact of American bombings on the city. She stayed at the Hotel Metropole, and it was from there that she made a series of controversial shows on Radio Hanoi. A few months after Fonda’s visit, singer-songwriter Joan Baez also stayed at the Metropole.

In Sarajevo, during the siege of the Bosnian capital from 1992 to 1996, the “Holiday Inn was the only hotel large enough to meet the needs of the small army of foreign correspondents, aid workers and diplomats who came to the city during the siege. . ”.

In Beirut, the Commodore Hotel was used by many correspondents, including the late Robert Fisk. “If a reporter has a good story and can’t send it, he might as well go home,” Fisk once said. “In the Commodore you had three working telexes and they could call you in London.”

Today, although Ukraine is an exception, the “war hotel” no longer plays the role it once did. “A hotel that could provide the means to establish a temporary press center was no longer a necessity. Text, images, and footage could be sent over Wi-Fi or through mobile phone networks, and from almost any location equipped with these. Time and communications technology have changed.

“Although war hotels, as we have conceptualized them in this book, have become less common as the nature of foreign reporting has changed, they have long been a crucial part and vital nodes of the reporting infrastructure. , and are therefore part of the history of journalism”.