Use of Wagner Group in Ukraine depletes Russian mercenary force 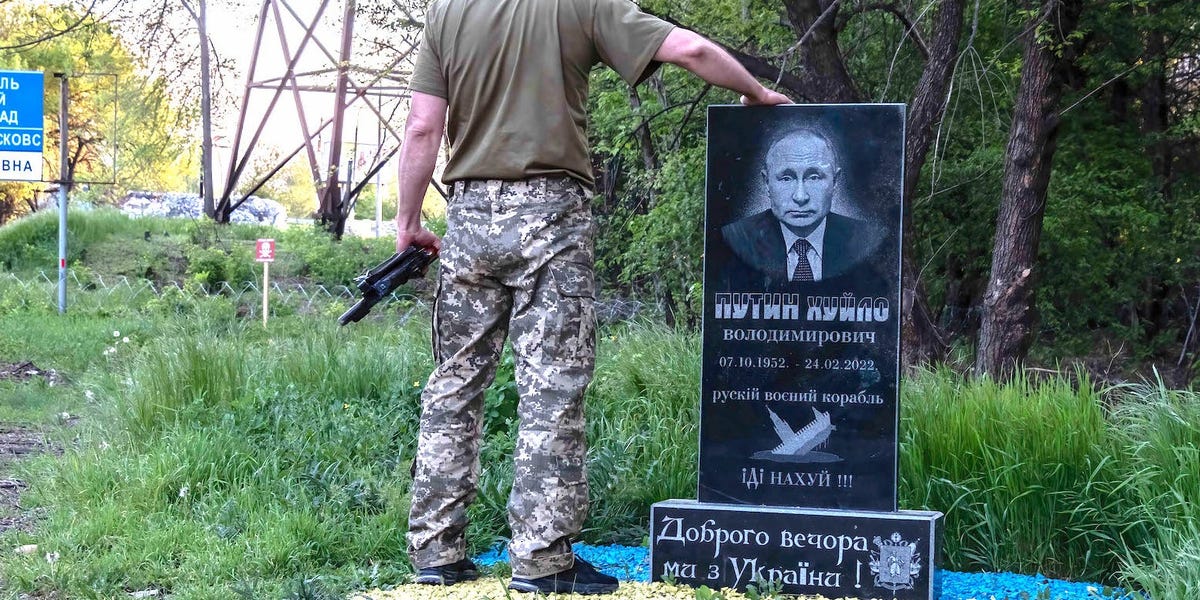 But Moscow’s reliance on the Wagner Group and its mercenaries is draining infamous private military companyaccording to recent assessments by British military intelligence.

Russian President Vladimir Putin, apparently hoping for a quick victory that would overthrow the government in Kyiv, has seen his vaunted army fail time and time again in Ukraine.

The Kremlin has now limited its ambitions and is increasingly dependent on the Wagner group to compensate for the poor performance of the Russian army and the horrific losses suffered by these regular forces.

In a July 18 update on the war, the British Ministry of Defense estimated that Moscow had used the Wagner group to “boost the frontline forces” in Ukraine and to alleviate the problems of force generation created by the heavy Russian losses.

Total Russian casualties after six months of war are not publicly known, and estimates vary, from US estimates 70,000 to 80,000 in total to Ukrainian estimates of 50,000 killed and several tens of thousands of others injured or missing.

The numerous Russian casualties and Moscow’s inability to regenerate its forces undermined its army’s ability to conduct large-scale offensive operations. These factors made the Wagner Group and its mercenaries a more attractive option for the Kremlin.

Besides the legal complications of this approach – captured mercenaries would not be protected by the Geneva Conventions, for example – an expanded role seems likely to have negative consequences for Wagner and for the Russian campaign as a whole.

Indeed, the Wagner Group also appears to be suffering heavy losses in Ukraine. In mid-August, Ukrainian forces used US-supplied HIMARS rockets to strike a forward headquarters of the mercenary group in the Luhansk region.

The strike reportedly killed and injured Wagner Group fighters. “There is no Wagner HQ in Popasna anymore. Thank you, Himars and the Ukrainian Armed Forces!” Oleksiy Honcharenko, Member of the Ukrainian Parliament, said after the strike.

Like the Russian regular army, the Wagner Group was forced to lower its standards in order to replenish its ranks. The mercenary group taps into unconventional sources, including convicts who have been promised freedom in exchange for fighting in Ukraine.

“Very limited training is available to new recruits,” the UK Ministry of Defense said. said in its assessment of July 18, to add that the trend “will most likely impact the group’s future operational effectiveness and reduce its value as a support to Russian regular forces”.

Wagner’s forces helped regular Russian troops achieve what are now Moscow’s main objectives, including capturing of Severodonetsk and Lysychansk this summer, which gave Russia control of the Lugansk region.

In the midst of these operations, Yevgeniy Prigozhin, the oligarch supposed to oversee the Wagner Group, has been granted the title of Hero of the Russian Federation. This award, and Wagner’s growing role in the war, comes as senior Russian military commanders are fired and replaced due to the poor performance of their forces.

The Kremlin’s growing reliance on the Wagner Group, among other private military companies, “is likely to exacerbate grievances between the military and Wagner” and “to have a negative impact on Russian military morale” , according to the Department of Defense. said in its July 18 assessment.

Wagner and other mercenary groups, many of which emerged from the exodus of military personnel after the Soviet collapse, are closely tied to powerful interests in Moscow.

The inner workings of the Kremlin—intelligence, military, and oligarchs vying for resources and influence—created the perfect conditions for Wagner to emerge and grow.

Wagner has earned Putin’s international favor and infamy through his operations on every battlefield he has deployed to over the past decade, including conflicts in Libya, Mali, Syria, the Republic Central African Republic and Ukraine.

Wagner’s mercenaries also engaged American troops, especially in the northeast Syria in 2018, when Wagner and pro-regime Syrian fighters attacked an outpost held by US and Kurdish forces.

Outside Ukraine, the United States is watching Wagner closely, particularly in Africa, where the group is Moscow’s “main action arm”, US Army General Stephen Townsend said during a briefing. a Defense Writers Group event at the end of July.

Wagner has around 1,000 fighters in Mali, where the group has deployed “sophisticated” radar and air defenses, but it appears to have “the greatest reach and influence” in the Central African Republic, where “they basically support this government”, said said Townsend, who retired as head of US Africa Command in August.

When the Russian military “got in trouble in Ukraine”, Townsend said, “they called for help and Prigozhin was instructed to send fighters there, and he did.”

Stavros Atlamazoglou is a defense journalist specializing in special operations, a veteran of the Hellenic Army (national service with the 575th Marine Battalion and Army HQ) and a graduate of Johns Hopkins University. He is currently working on a master’s degree in strategy and cybersecurity at the Johns Hopkins School of Advanced International Studies.