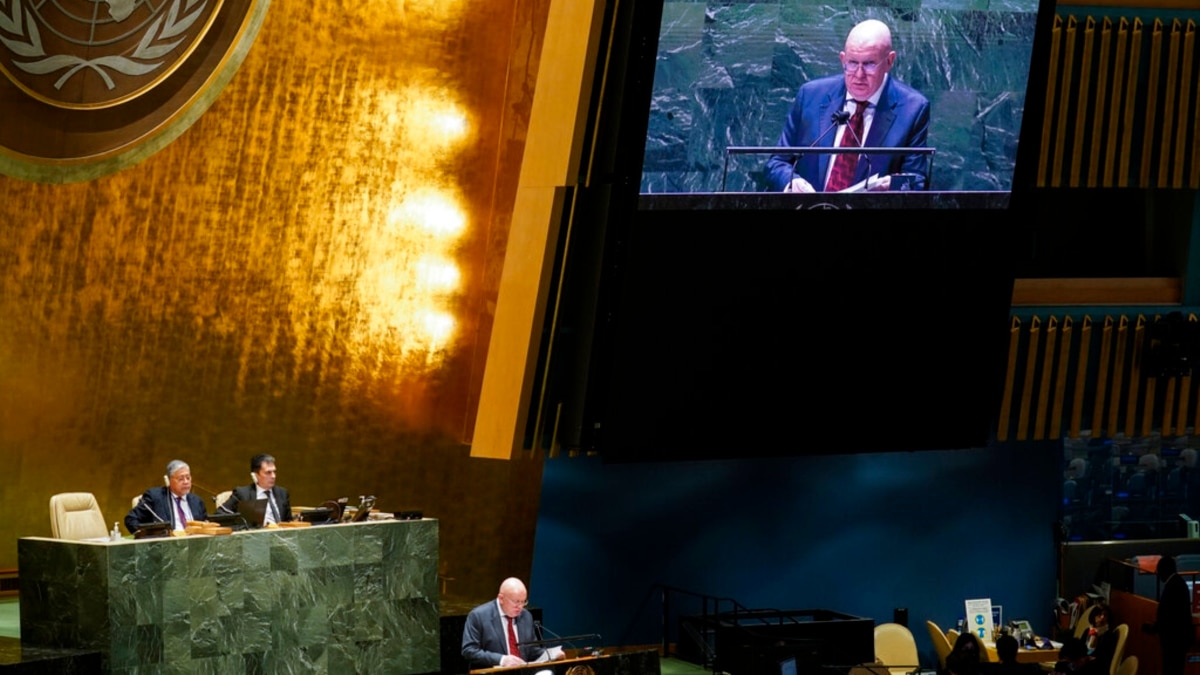 Editor’s note: Here’s a quick look at what the international community has been up to over the past week, as seen from the perch of the United Nations.

Russia found itself even more isolated within the international community on Thursday, when the United Nations General Assembly voted overwhelmingly in favor of a resolution demanding that Moscow immediately end its war against Ukraine. By 140 votes to 5 and 38 abstentions, the nations adopted the text, presented by Ukraine and supported by more than 80 countries, which also demands the protection of all civilians and civilian infrastructure, humanitarian and medical personnel and journalists. .

This week, the Ethiopian Federal Government declared a unilateral humanitarian ceasefire in northern Ethiopia, where it has been fighting the Tigray People’s Liberation Front (TPLF) since November 2020, resulting in a severe humanitarian crisis. The Tigrayans responded that they were open to an immediate cessation of hostilities if their humanitarian needs were met. UN Secretary-General Antonio Guterres welcomed the development on Friday, saying it should lead to improvements on the ground, where a de facto government blockade on the TPLF stronghold in Tigray has left more than 5 million people in urgent need of humanitarian aid. The conflict has spread to neighboring Amhara and Afar regions, leaving an additional 4.2 million people in need.

Taliban break promise to allow all Afghan girls back to school

António Guterres has expressed “deep regret” after the Taliban announced this week that secondary education for girls had been suspended until further notice, breaking their promise to allow them to return to school on March 23. He urged the Taliban authorities to open schools for all students without further delay. The UN Security Council was also briefed on the situation on Friday evening by the head of the UN mission in Afghanistan. Ten of the 15 council members called the development a “deeply worrying setback” in a joint statement ahead of the discussion.

— António Guterres said on Tuesday that the war in Ukraine was “unwinnable” and that it was time for the parties to negotiate a ceasefire. He told reporters at UN headquarters that “the continuation of the war in Ukraine is morally unacceptable, politically indefensible and militarily absurd.”

– On Friday evening, the Security Council will discuss North Korea’s launch this week of a massive new intercontinental ballistic missile. It was North Korea’s fourth ICBM test, and the first since 2017. The launch was in violation of several council resolutions.

“Should we take food from hungry children and give it to the hungry?”

On March 31, the United Nations will host a donors’ conference for Afghanistan. Some $4.4 billion is needed to help millions of Afghans who face acute hunger due to drought and severe economic crisis. As the world’s attention focuses on Ukraine, humanitarians worry about funding shortages for Afghanistan and other countries in crisis.

On Wednesday, former US Secretary of State Madeleine Albright died of cancer at the age of 84. Prior to assuming the post, she served as President Bill Clinton’s ambassador to the United Nations from 1993 to 1997. Guterres offered condolences on his passing, saying she was his “dear friend” and “a trailblazer, a model and a champion of multilateral action and international cooperation”. He also spoke of her as one of the “most influential American foreign policy leaders of her time”. Learn more about his life and career:

Loving your neighbors – one medical debt paid at a time