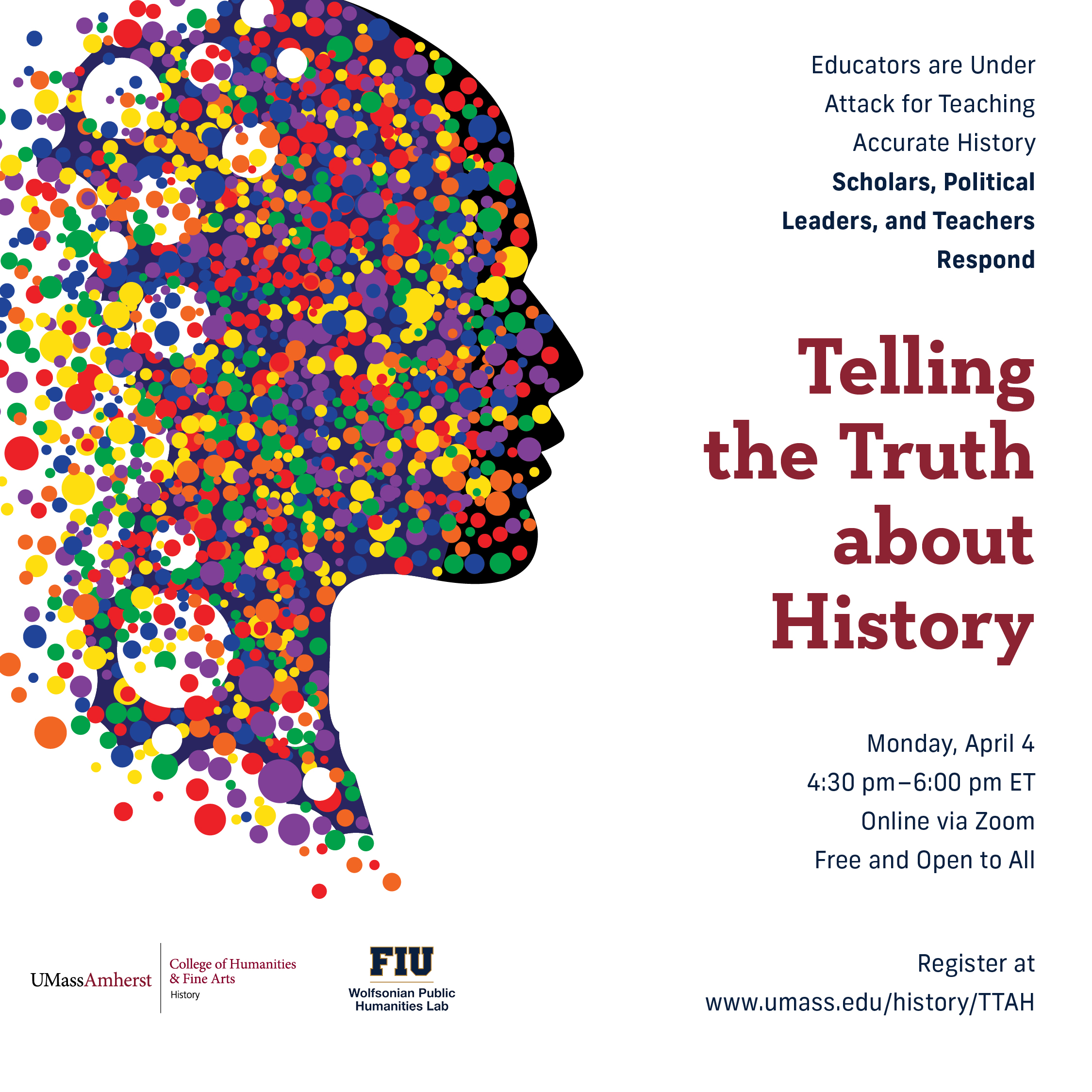 For the first time in US history, the content of public school curricula is being questioned across the country. Since January 2021, 41 states have introduced bills or taken other actions that would restrict the teaching or discussion of “divisive concepts,” such as racism, sexism, critical race theory, and the draft. 1619. A school board in Tennessee recently banned teaching of the Pulitzer Prize-winning Holocaust novel Maus. And at least 15 states are considering what some have called “don’t say gay” laws, like the one passed by the Florida legislature a few weeks ago, that restrict discussions of sexual orientation or gender identity.

UMass Amherst History Department has partnered with the Wolfsonian

Florida International University’s Public Humanities Lab (WPHL) will present Tell the truth about the story. On Monday, April 4, from 4:30-6 p.m. on Zoom, this panel of scholars, political leaders, and educators will address the ongoing national assault on teaching accurate, evidence-based history in the K-12 level, and increasingly, at the community college and university levels.

Panelists will examine the history of educational conflict in public schools around race, gender and sexuality and the impact of these educational gags, not only on the teaching of history, but on our system of government. democracy and the sense of equality in the United States. Panelists will also consider ways to push back against these challenges.

“The past is very much alive – and deeply felt – in our present. Any attempt to distort or limit how we understand and teach the past inherently prevents us from working towards a more just future and the healing we so desperately need to build that future together,” said Julio Capó, Jr., WPHL Deputy Director.

Distinguished speakers include: Laura Briggs, a professor of women’s, gender, and sexuality studies at UMass Amherst and a member of the Academic Freedom Committee of the Organization of American Historians, where she was active in monitoring and responding to gag orders educational; educator and Florida State Senator shevrin jonesa leading voice against measures restricting the way we teach about race, such as the ‘Stop WOKE Act’ and the bill popularly known as ‘Don’t Say Gay’ which restricts teaching about race. orientation and gender identity; jennifer rich, executive director of the Center for the Study of the Holocaust, Genocide and Human Rights, associate professor in the Department of Sociology and Anthropology at Rowan University and an expert in Holocaust and genocide education ; and Raphael Rogers EdD’15, associate professor of educational practice at Clark University, former longtime Massachusetts high school history teacher, and author of “The Representation of Slavery in Children’s Picture Books: Teaching and learning slavery in grades K-12”. The event will be hosted by Barbara Krauthamerdean of the College of Humanities and Fine Arts and professor of history at UMass Amherst and award-winning historian of slavery and African American emancipation.

This event is co-presented by the History Department at UMass Amherst and the Wolfsonian Public Humanities Lab at Florida International University. It is co-sponsored by the following UMass Amherst entities: Civic Engagement and Service Learning, Center for Racial and Youth Justice Research, College of Humanities and Fine Arts, College of Social and Behavioral Sciences, Institute of Holocaust and Genocide Studies, Department of Philosophy, Public History Program, and WEB Du Bois Department of African American Studies, among others.

The event is free and open to the public. Registration is mandatory. Learn more: www.umass.edu/history/ttah

Biden is on his way to Europe for a NATO summit. Here are the options the Pentagon gave him for more troops.