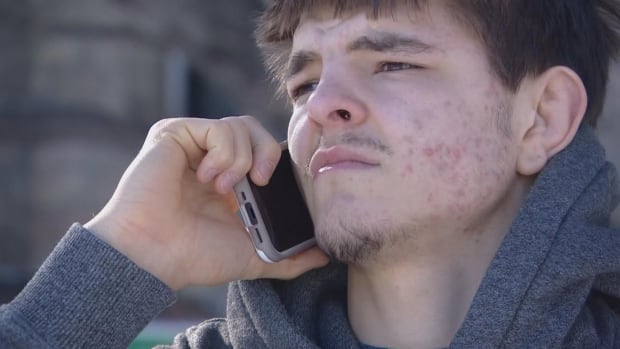 A 20-year-old Ukrainian student living in Saskatoon is asking the Canadian government to ease visa requirements as he struggles to bring his family members, most of whom are fleeing the Russian invasion, to Canada.

In November, Bohdan Titorenko left Ukraine to pursue a wrestling scholarship at the University of Saskatchewan. He called his father, Oleksandr Titorenko, on Thursday to tell him Russia was invading. He said his father didn’t believe him at first.

“He called me 20 minutes [later] to say “Bohdan, they are attacking,” Bohdan said. His father sent him videos and said the Russians had attacked a military base about three kilometers away.

“I see the forest around my burnt house…I hear how my mother is crying, I hear how my little sister is scared.”

On Wednesday, Russia continued its assault on Ukraine’s second-largest city, Kharkiv, despite expecting another round of peace talks on Thursday morning.

It’s unclear how many people have died in the week-long war, but Ukraine’s emergency services released a statement Wednesday morning saying there had been more than 2,000 Ukrainian civilian casualties, according to a report by the ‘Associated Press.

Titorenko said his mother and two siblings crossed the Polish border while his father stayed behind to fight off the Russian attackers. Titorenko’s longtime friends also enlisted, he said.

Titorenko said there were times when he couldn’t eat or sleep, worried about his family. He said he could be in Ukraine fighting for his country, then stopped, sniffling and composing his voice before adding: “But I have a responsibility to protect my family here.”

13:41Saskatoon man tries to bring his mother and siblings from Ukraine to Canada after the bombing of their family home

Leisha Grebinski speaks with Bogdan Titorenko, a University of Saskatchewan student whose family has already suffered devastating losses in their Ukrainian village 13:41

A house hit by missile fire

For three days, his mother, Irina Titorenko, and two siblings, David and Anfisa, huddled on the bathroom floor, wary of bombs that could obliterate their home. Titorenko said that without a basement or shelter, the bathroom was the best option for his family.

Shortly after he decided to flee their home, located near a military base in northern Ukraine and just outside a town called Zhytomr, the neighborhood was bombed, he said. .

On Tuesday, four people were killed in Zhytomyr when homes were hit by a Russian cruise missile targeting the nearby air base, according to Ukrainian Interior Minister Anton Gerashchenko. reported by Reuters. Reuters said it was unable to verify the information.

Hearing about the attack near his home and seeing videos of people’s tearful responses, Titorenko felt “a lot of pain, a lot of pain for my civilian people, for my country”.

According to Titorenko, his family was able to cross the Polish border, except for his father, Oleksandr Titorenko, a wheat and soybean farmer who stayed to join the army.

In a separate interview with CBC, Titorenko said his father told him “I will protect [the] country, you have to protect the family. You have a responsibility.”

Titorenko was conflicted over how to handle the invasion of his country. He said he donated all his money to the Ukrainian military and recently created a GoFundMe page asking for money to bring his family to Canada.

He is also calling on the government to introduce visa-free travel to make it easier for Ukrainians to enter Canada. However, her family still had to meet other requirements, such as having enough money to stay in Canada.

At a news conference on Monday, federal Immigration, Refugees and Citizenship Minister Sean Fraser said the government was working on a plan to allow more Ukrainians to enter Canada.

“We are working with the Ukrainian Canadian Congress to develop the best way forward, and also working with different provincial counterparts, to understand the opportunities to do this in the right way and in the most efficient way,” he said. .

Why the Ukrainian Invasion Was Predictable: ‘It’s time the world finally learned a lesson about Russia’ | FIU News

History, theme and significance announced by WHO