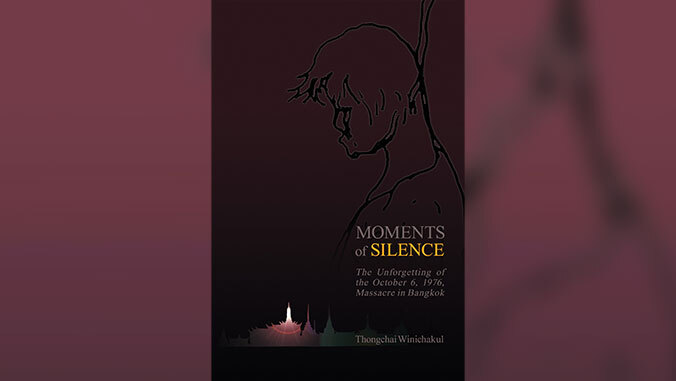 Thongchai Winichakul’s Mighty Book, Moments of silence: forgetting the massacre of October 6, 1976 in Bangkokpublished in 2020 by the University of Hawaii Press, has been awarded the 2022 EuroSEAS (European Association for Southeast Asian Studies) Humanities Book Prize. held from June 28 to July 1 in Paris-Aubervilliers.

The judges noted the book’s strengths: “This emotionally powerful book tells the story of the memory of a watershed event in Thai politics, the state-organized murder of students at a Bangkok university… What really sets him apart is the centrality of the story Thongchai Winichakul was a leading activist in October 1976, he survived the massacre and has played a central role in remembering the event ever since. In this regard, the book is a masterpiece of reflective scholarly writing, as the author deftly and sensitively navigates the challenges of his own position in the story he tells. …Moments of silence [is] a truly remarkable work and, rare indeed, an eloquent scholarly expression of deep emotion and sadness, itself a monument to those who have died.

Born in Bangkok and a WE a resident since 1991, Winichakul is professor emeritus of history at the University of Wisconsin-Madison. His first book, Siam Mapped: A History of a Nation’s Geo-Bodyalso published by uh Press (1994), received the 1995 Harry J. Benda Award from the Association for Asian Studies. Still in press, Map of Siam continues to be used as a textbook in university courses across the WE

The biennial EuroSEAS Humanities Book Prize recognizes the best scholarly book on Southeast Asia published in the humanities, including archaeology, art history, history, literature, arts of entertainment and religious studies. EuroSEAS aims to stimulate scientific cooperation within Europe in the field of Southeast Asian studies. Every two years, it brings together hundreds of Southeast Asian specialists from all over the world for its international conference.