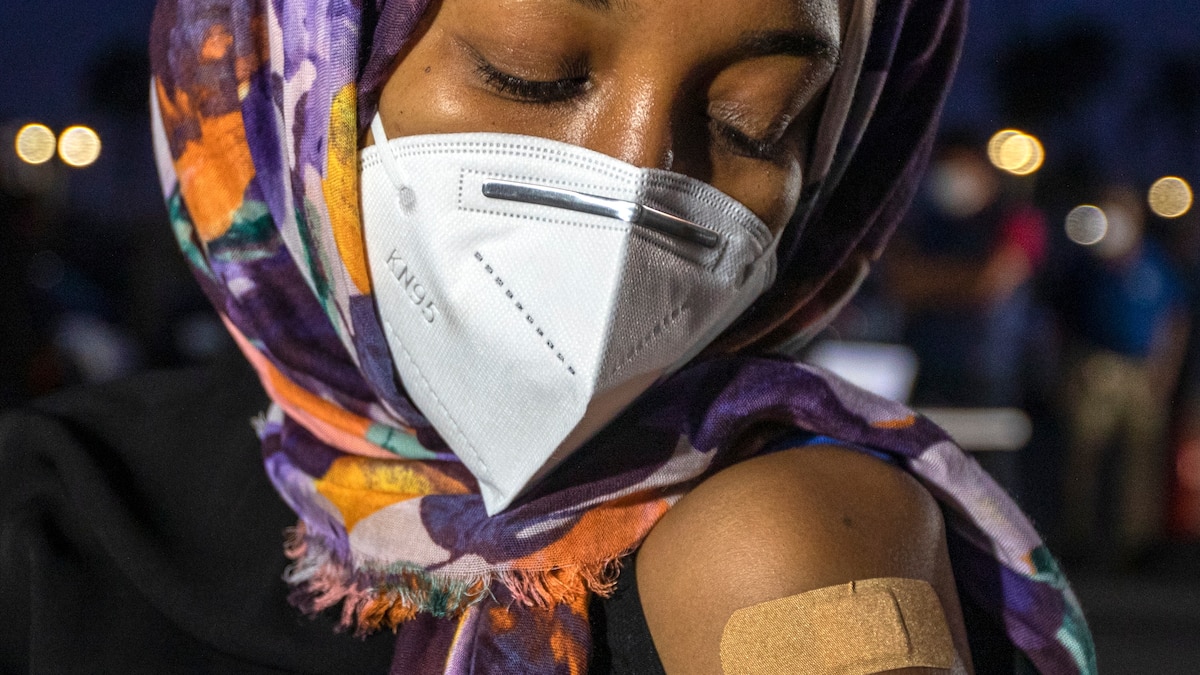 Shaikh Rahman, business systems analyst in Chicago, was not a supporter of COVID-19 vaccines because he did not believe that credible information about them was being disseminated effectively and distribution appeared rushed.

“Our faith says to investigate a matter before passing it off as the truth,” he said.

But Rahman’s sentiment changed after his local imam, Shaykh Jamal Said of the Foundation Mosque in Bridgeview, Illinois, began suggesting that those who were not vaccinated could be barred from entering the mosque.

“With the country reopening, I don’t want my family or loved ones to risk being exposed through me,” Rahman said.

While vaccine hesitancy trends continue to evolve Across the United States, a change is also underway in some Muslim communities. Vaccination rates among Muslims had been among the lowest in the country during the first months of the pandemic. But the outreach programs of mosques, community organizations and cultural centers that work with immigrant communities help dispel misinformation and promote immunization.

As they hear from trusted figures, such as imams, some Muslims are now choosing to be vaccinated.

Among the organizations making an impact is the Somali Family Service of San Diego (SFS). It has a program called the Ihsan Health Initiative, which includes a team of community health workers who provide direct outreach through events such as virtual town hall meetings.

“The virtual town hall meetings have helped to combat some of the skepticism by allowing us to invite respected community leaders, such as doctors, nurses and Masjid imams,” says Balqiso Hussein, a community health worker of SFS, which works primarily with Somalis. population. “When we were presented with scientific evidence in a culturally competent manner, we saw changes in ideologies regarding the vaccine. Many in the community even scheduled vaccine appointments for the same day.”

SFS has hired community health workers who speak Arabic, Swahili and Somali. There are plans to reach out to the Afghan community.

“Using the same [native] language to speak to my clients, coupled with Friday khutbahs [sermons] issued by local imams, had a significant impact in trying to change the mindset of people in their willingness to be vaccinated, ”said Aous Alhabbar, a health worker who engages with the Iraqi community. “While there was a lot of fear at the start of the pandemic, that is slowly changing thanks to awareness. “

Part of the hesitation stems from the racism experienced during medical visits.

Thank you for respecting copyrights. Unauthorized use is prohibited.

“Many feel that the health care system is not working to promote their well-being,” says Hussein. “Many members of the community, especially the older groups, felt very hesitant when the vaccines were fully administered nationally. Much of the reluctance comes from personal experiences with healthcare professionals who have failed to welcome community members due to language and cultural barriers. “

Religious beliefs have also been a factor for some who are still reluctant to get vaccinated. The question of what is halal, or permitted under Islamic law, has been raised repeatedly in the Muslim community.

“At first I was hesitant because I wasn’t sure about the science, and validity was a question of the ingredients,” says Shaykh Amin Kholwadia, a Muslim scholar and founder of Darul Qasim, an institute of Islamic teachings. Traditional based in Glendale Heights, Illinois.

Following reports that at least one of the vaccines used cell lines derived from fetal tissue, many Muslims questioned whether it would be halal to be given the vaccine. Kholwadia signed a statement issued by his organization that said, “The use of cell lines, originally developed from aborted fetuses, to develop vaccines is against Islamic bioethics. Muslims cannot take vaccines that are developed in this way given the permitted alternatives. “

Kholwadia explained that under Islamic law, “No part of the human body (including fetuses) can be used for the purpose of experimentation.”

While the ruling by the Darul Qasim organization legitimized the reluctance of some Muslims, especially for vaccines related to the first vaccines developed by Johnson & Johnson, it also served as an incentive for vaccinations developed by others. companies.

“Why wouldn’t I prefer mRNA vaccines, especially if it’s not go put my akhira [afterlife] in danger? ”asks Akber Ali, attending physician at an Illinois hospital, who works with Darul Qasim.

Not everyone is convinced.

Bint Aden, a recent graduate from Southern California who earned a bachelor’s degree in psychology, says she and her family still have questions about the vaccine’s ingredients and whether they’re halal.

“Although mosques have authorized the vaccine, with my roots in Somalia, it is not clear what is authorized,” she said. “We believe in qadr [fate], what is supposed to be is destined to happen by the work of Allah (God), which involves both disease and health.

The National Geographic Society, committed to illuminating and protecting the wonders of our world, funded Tasmiha khanwork. Learn about the Society’s support for explorers who work to inspire, educate and better understand human history and cultures.

As the Taliban retake Afghanistan, a disastrous sense of déjà vu