U.S. and Japan prepare for joint exercise; US wraps up drills with allies in South China Sea 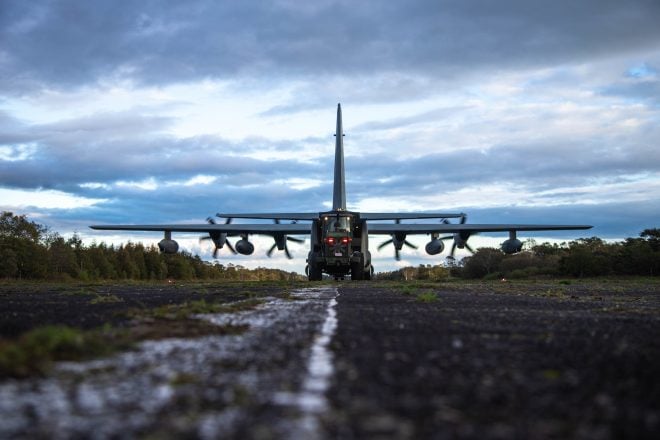 The United States and Japan are preparing for a large-scale joint exercise in Japan next month, the Japanese government announced today.

The Keen Sword exercise will involve 36,000 personnel, 30 ships and 270 aircraft from the two countries, as well as the crews of four ships and three aircraft from Australia, Canada and the United Kingdom, according to a press release issued Friday by the Joint Staff Office (JSO) of the Japanese Ministry of Defense.

The exercise will take place Nov. 10-19 at Japanese Self-Defense Force and U.S. Forces Japan facilities in Japanese waters and airspace on Tsutara Island, west of Nagasaki, and on the southern islands of Amami Oshima and Tokonushima. . It will include live-fire exercises and focus on a wide range of operations, including amphibious, land, sea, air, and working in the space and cyber domains.

Canada will participate with two ships – HMCS Vancouver (FFH331) and HMCS Winnipeg (FFH338) – which have been operating in the region since participating in Exercise Rim of the Pacific (RIMPAC) 2022 and one aircraft.

Both ships are deployed to the Indo-Pacific in support of Operation Projection, the Canadian Armed Forces presence operations in the region, with Vancouver also tasked with sailing around Japan as part of Operation Neon, which covers Canada’s contribution to maritime and aerial surveillance operations to enforce United Nations sanctions against North Korea.

Australia will participate with one ship and one aircraft, while the UK will send either the offshore patrol vessel HMS Tamar (P233) or HMS Spey (P234), both deployed in the region. Observers from Australia, Canada, France, India, New Zealand, Philippines, South Korea, UK and NATO have been invited to the exercise . 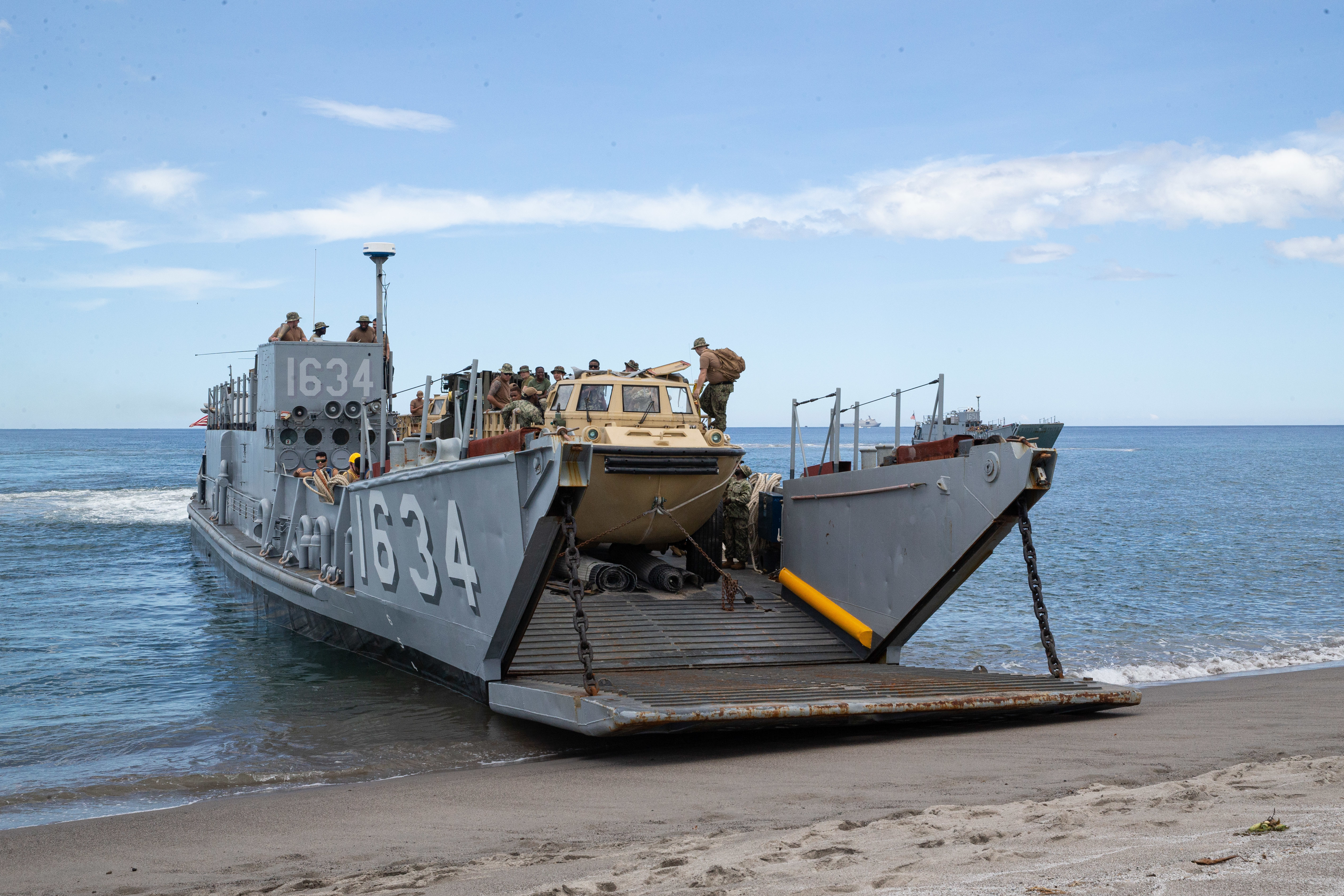 Kamandag 6 included the participation of 1,900 United States Marines, 530 Philippine Marines, and 100 members of the Philippine Navy and Air Force. The Republic of Korea sent 120 Marines who, along with 30 members of the JGSDF Amphibious Rapid Deployment Brigade, participated in parts of the exercise. 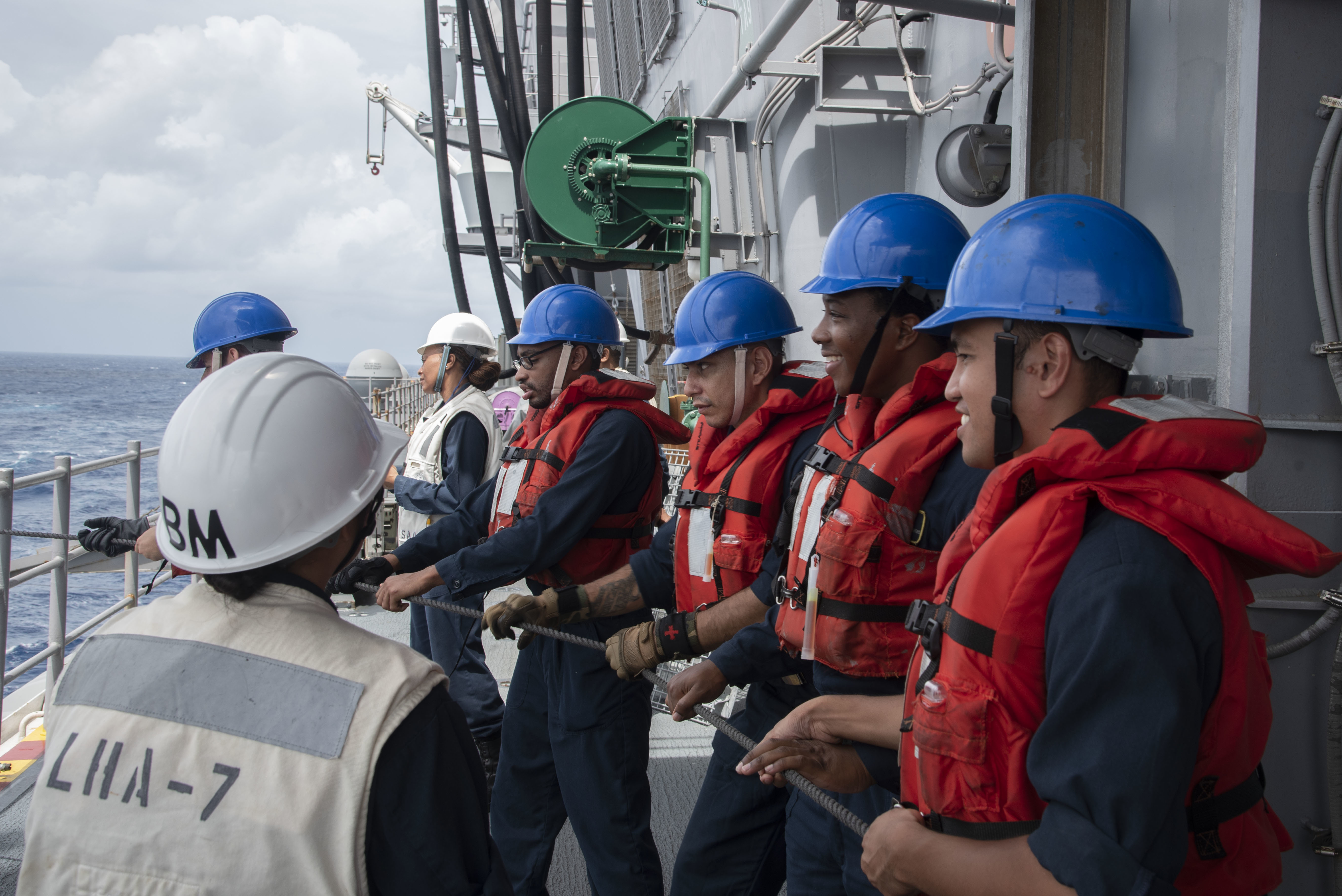 Aircraft involved in the subject matter expert exchange engagement phase included the Philippine Navy’s Beechcraft C-90, the French Navy’s Falcon 2000 maritime surveillance aircraft, the US-2 seaplane of the Japan Maritime Self-Defense Force and a US Navy P-8A Poseidon maritime patrol aircraft. . The JMSDF US-2 forms the 3rd air unit of the JMSDF Indo-Pacific Deployment 2022 (IPD22). The French Navy’s Falcon 2000 is now operating at Marine Corps Air Base Futenma, Japan, until early November, conducting maritime surveillance operations in support of United Nations sanctions against North Korea, according to a statement from the Japanese Ministry of Defense.

The second phase, conducted on Tuesday, involved the Philippine Navy, RAN and US Navy in combat interoperability exercises, with the destroyer USS Milius (DDG-69) join Jose Rizal, Hobart and Vigorous. During the anti-submarine portion of the exercise, Hobart released a Mobile Anti-Submarine (ASW) Training Target (EMATT) which served as a submerged target for participating ships to identify and locate.

Kirisame is the second unit area of ​​IPD22. The first unit, which includes the helicopter carrier JS Izumo (DDH-183) and destroyer JS Takanami (DD-110), finished his part of IPD22 when he returned to Japan October 5. Kirisame is expected to return to Japan later this month. 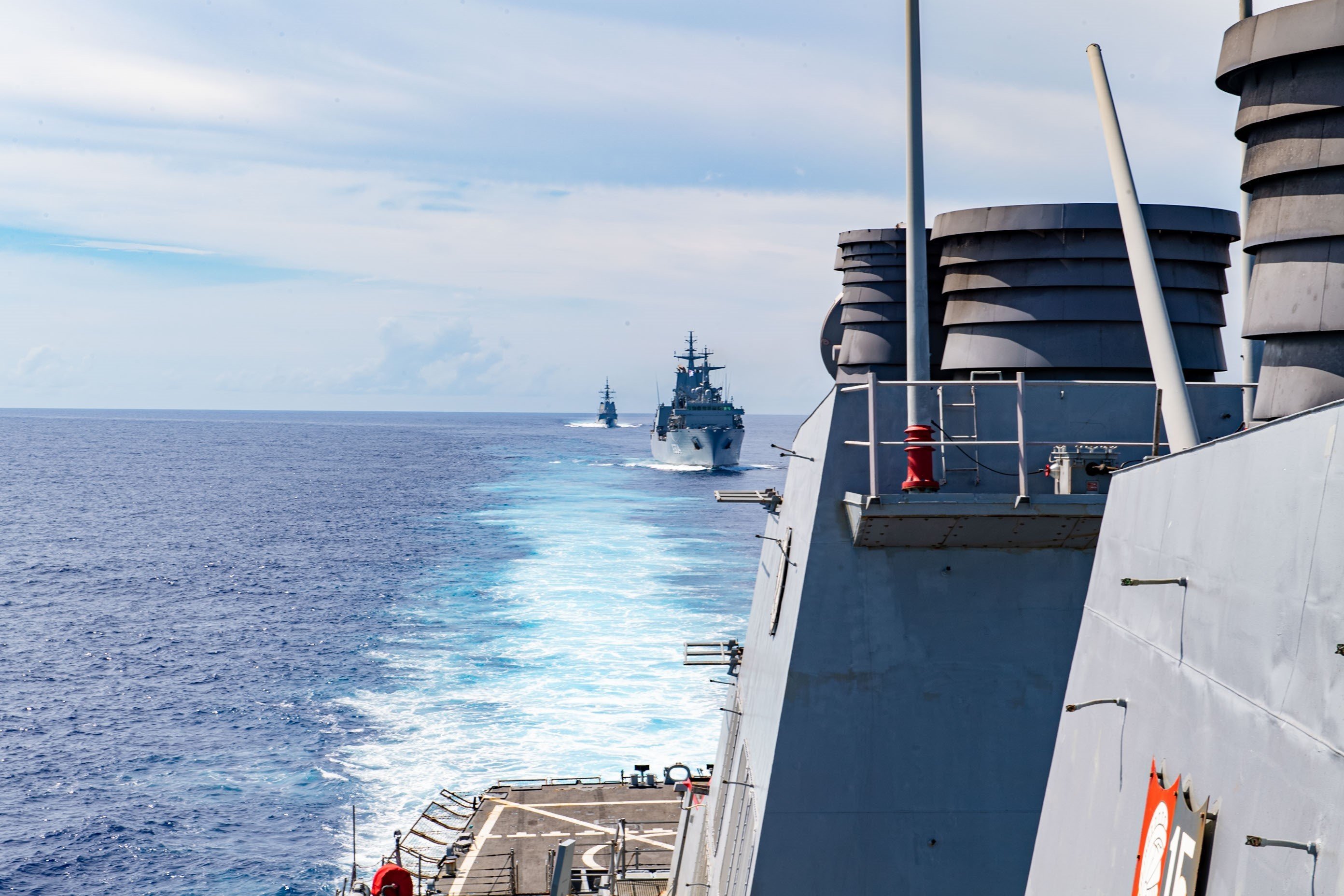 “This exercise builds on previous bilateral and trilateral exercises in recent months conducted in the South China Sea. Throughout the naval exercises, participants trained together and conducted integrated operations designed to increase the collective ability of allies to maintain maritime security and readiness to respond to any regional contingency. The integrated events included surface, subsurface and air defense exercises that included maritime patrol reconnaissance aircraft (MPRA) from multiple participating nations,” the U.S. 7th Fleet said in a news release.

Hobart, Arunta and Vigorous are currently dual-tasking on a regional presence deployment for Australia and are part of Australia’s Indo-Pacific Endeavor 2022 (IPE22), Australia’s annual regional engagement deployment. The main working group of IPE22 includes the HMAS helicopter landing dock Adelaide (L01) and the frigate HMAS Anzac (FFH150), who departed Darwin on October 13 and are now heading to Sri Lanka to begin their first IPE22 engagement.

In other developments, the New Zealand Navy supply ship HMNZS Aotearoa heads to Busan, Republic of Korea after concluding a visit to RMN Kota Kinabalu, Malaysia. Aotearoa will refuel partner nation ships during its visit to Busan, which included refueling Milius and Dwarf in the South China Sea on October 11 and more recently the amphibious assault ship USS America (LHA-6) Wednesday in the Philippine Sea.

“Did you payWAVE?” ⛽️🌊 Our support vessel HMNZS Aotearoa is sailing along the @USNavyThe amphibious assault carrier USS America during a replenishment at sea while underway in the Philippine Sea recently.#NZNavy pic.twitter.com/JRkfkRAM8k