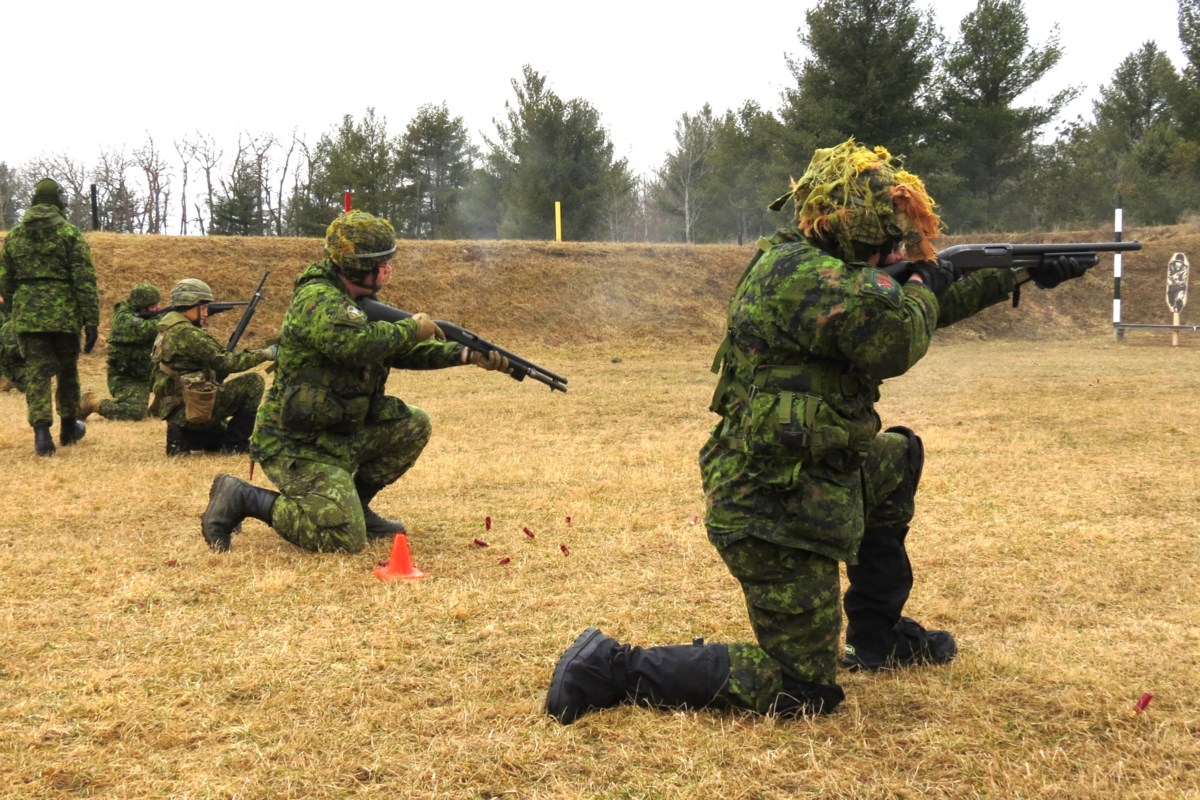 Most members of the Canadian Armed Forces never fire a shotgun as part of their training or military duties. But Canadian Ranger instructors in Ontario’s Far North routinely carry 12-gauge shotguns when needed.

“We often encounter polar bears on the Hudson Bay and James Bay coasts,” said Master Warrant Officer Carl Wolfe, Company Sergeant Major. “Usually bears are hungry or curious. But they are predators, so you need protection if necessary. We also encounter black bears and large wolves. And there is always the possibility that you will encounter a rabid animal.

The military typically uses shotguns only for specialized purposes, such as opening locked doors or during naval boarding operations.

During the summer months, when polar bears cannot hunt seals on the ice, they wander inland in search of food. They have been encountered as far inland as Webequie First Nation, which is 260 kilometers from Peawanuck in Polar Bear Provincial Park on Hudson Bay.

Instructors spend a lot of time in the field with Canadian Rangers and Junior Canadian Rangers. Rangers are part-time army reservists in 29 First Nations across Ontario’s Far North. Junior Rangers are members of an Army youth program for boys and girls between the ages of 12 and 18.

“Rangers are used to bears,” Wolfe said. “They can tell when there will be a problem. With black bears they usually use a loud whistle, stand up straight and look big and loud and the bears walk away. A loud gunshot usually scares them away. But every once in a while, you’ll come across a curious young bear that keeps approaching.

Five years ago, at a major annual training camp for the Junior Rangers, warning shots failed to deter a persistent black bear that kept returning to camp at night. The bear kept approaching a Ranger during a nighttime bear patrol. He fired four shots from a shotgun, missed the first two shots, but killed the bear with two more shots.

On another occasion, a young black bear continued to encroach on a Ranger training camp on a remote island. Loud screams and the banging of pots and pans did not deter him. He was eventually driven off after being hit by non-lethal birdfire.

“Depending on the situation, instructors must be ready to use a shotgun,” said Master Warrant Officer Fergus O’Connor. “It’s very serious and it’s something they have to master because they have to be able to put that slug exactly where they want it to go. Typically, instructors are trained in other methods of deterring wildlife. We practice shooting as the last scenario.

Rangers accompanying the instructors are the primary method of predator control. But instructors must be able to step in when needed.

Instructors from the 3rd Canadian Ranger Patrol Group, which commands the 600 Rangers in Northern Ontario, recently completed their annual military recertification on the firing ranges at Canadian Forces Base Borden, near Barrie. They qualified, along with headquarters personnel, for the use of the Shotgun, Pistol, C7 Assault Rifle and C19 Ranger Rifle.

Sgt Peter Moon is a Ranger with 3CRPG at CFB Borden.