To fight injustice, Ilyasah Shabazz wants to help create a ‘society that works for everyone’ 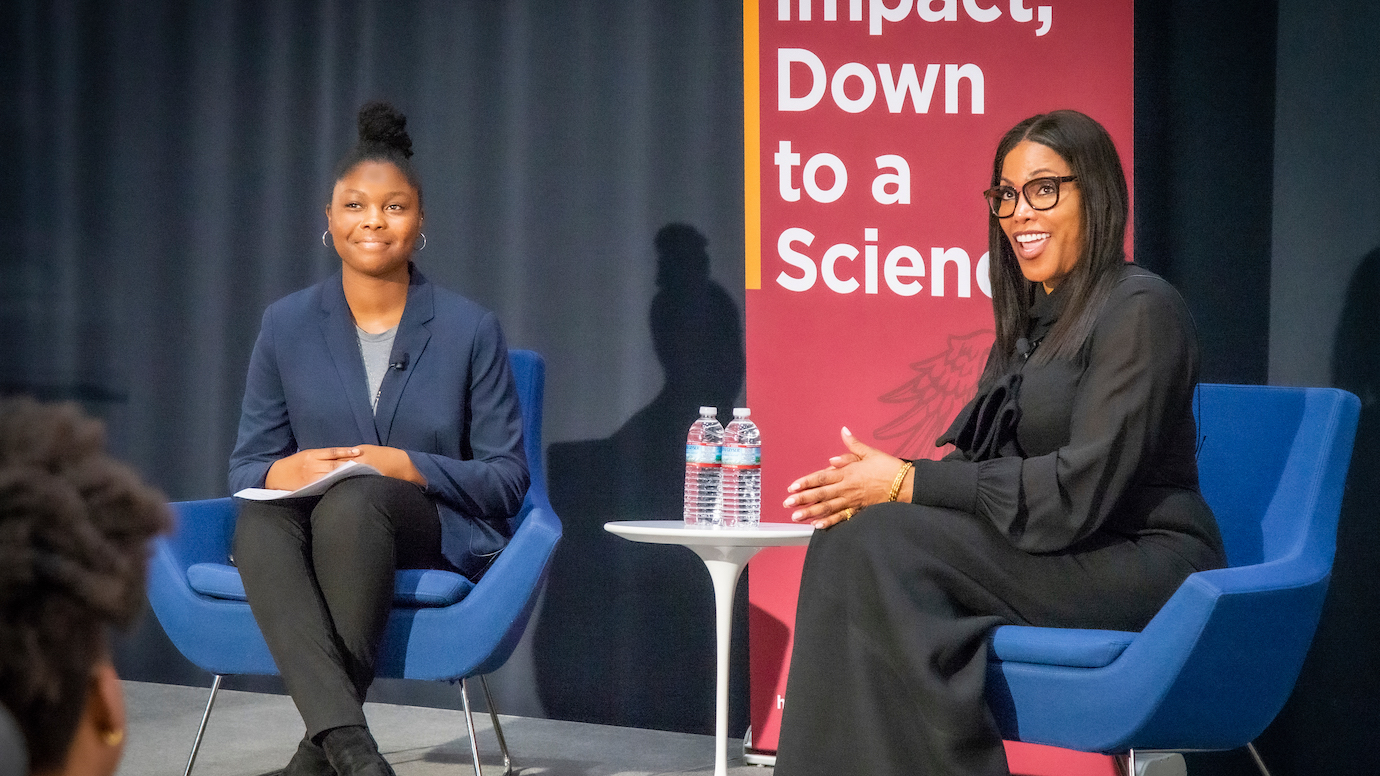 Organized by the Organization of Black Students (OBS) in partnership with the Harris School of Public Policy, the 90-minute conference featured the lecture; a discussion moderated by Jordyn Varise, Political Chair of the OBS; and a question-and-answer session. The event was also broadcast live for viewers beyond the Keller Center.

Shabazz first took his audience back to February 21, 1965, when three gunmen killed his 39-year-old father in Harlem’s Audubon Ballroom. He was about to deliver a speech on the Organization of African-American Unity, the group he formed after leaving the Nation of Islam. Her family, including a 2-year-old Ilyasah, was there.

“My pregnant mother placed her body over my three sisters and I to protect us from the gunfire and to make sure we wouldn’t see the terror in front of us,” Shabazz said.

Thereafter, although Malcolm X “was physically gone, my mother made sure her husband was part of our family conversations for as long as I can remember,” she said. “I knew my father loved me. I knew he had impeccable integrity and a great sense of humor. … I knew he loved music, literature, poetry, history, nature and the arts.

“We have beautiful collections of butterflies and poetry that belonged to him,” she added. “We had his clothes, his briefcase and his size 14 shoes that we put our feet in and tried to let off steam.”

“The story that’s been written about Malcolm is so far from the truth,” she said.

The inaccuracies, she said, include descriptions of her father’s relationship with Dr. King. Malcolm X was critical of the mainstream civil rights movement and he and King clashed, particularly over King’s nonviolent approach to ending racial discrimination. But, Shabazz said, the men “considered each other brothers,” not enemies.

“People often come, and they whisper to me that they were on Malcolm’s side or they were on Martin’s side,” she said. “But ladies and gentlemen, we don’t have to choose sides. Both men challenged an unjust and immoral world. Even though they have their philosophical differences – my father’s point of view was human rights and Dr. King’s point of view was civil rights – both were necessary to achieve our ultimate goal.

“Why can’t we appreciate both their undying love and commitment to their people?” she asked, adding that her mother and Coretta Scott King had become friends, just like her and King’s daughter, Bernice. “We are not rivals. We are sisters.

To tie his father’s actions to present-day America, Shabazz goes back to 1957 when Malcolm X led a march to a New York police station demanding medical attention for a member of the Nation of Islam who had been beaten by officers and then detained. When officers finally took the injured man to hospital in Harlem, protesters followed – a scene which is dramatized in Spike Lee’s 1992 film Malcolm X.

“That night, every member of the Nation of Islam called two members and it became a domino effect,” she said, “much like with the protests following the murder of George Floyd.” .

Those protesters of 65 years ago didn’t quit until they achieved their goal, and “their united spirit of organized activism has a lot to teach us today,” she said. added.

After the 2020 killing of Floyd by a police officer in Minneapolis, she said, “we came out marching, protesting, demonstrating. But then the marches, the protests, the demonstrations ended and we went home. And then you had to say, ‘Well, what did I accomplish?’ It’s so important that we know why we walk. What is our goal?

One of the goals of what she described as today’s trying times is to “create a society that works for everyone. And that means challenging the systems that maintain disproportionate incarceration rates of young black men, systems that create racial disparities in child poverty. Clinging to hope, we must propose legislation that fights injustice.

When, she says, “we learn that we can only win together, we will stop focusing on what divides us.”