This Pennsylvania nonprofit is easing student debt, one interest-free loan at a time 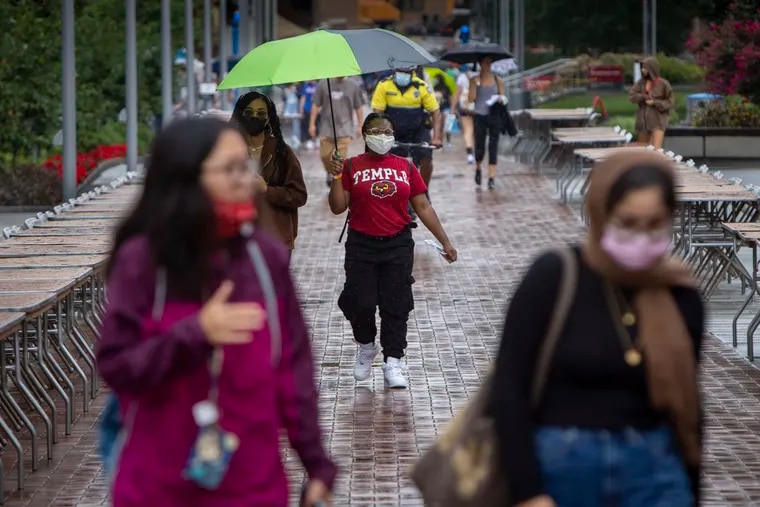 Tahreem Chaudhry has wanted to get into healthcare ever since she volunteered at a hospital in high school.

“It was really powerful to see how, in such a short time, you can change someone’s life in such a significant and drastic way,” Chaudhry recalled.

But after finishing her undergrad and deciding that becoming a physician assistant was the right career path for her, Chaudhry quickly realized she didn’t have enough money saved up to pay the six-figure tuition. . And as a Muslim, Chaudhry wanted to avoid taking out student loans that accrue interest — religiously, Muslims are not allowed to charge interest in order to maintain a fairer society.

» READ MORE: Arabs have a long history in Philadelphia — and this bilingual newspaper honors it

But about six months after Chaudhry had to turn down a position in a PA program because she could not afford to pay without taking out loans, she was introduced to A Continuous Charity (ACC) – a non-profit organization that, through community support, provides interest-free student loans in 10 states, including Pennsylvania. Soon after, she was accepted into an even better PA program and is now on her way to finishing her degree and starting her career.

“(Religious) influence has a lot to do with the concept that those who can afford should support those who don’t,” said Heidar Albandar, ACC Pennsylvania chapter president. “We have received this wealth from God, and the idea is to spread it. We want to do what we can to make others successful, because it takes a whole village to raise or educate people.

READ MORE: For an immigrant, Philadelphia Arabs are more than just a Facebook group, they’re a lifeline

The primary goal of providing interest-free loans is to establish greater equity and access to education, especially among communities that disproportionately face financial barriers. Today, more than 45 million Americans owe more than $1.7 trillion combined for their education — and studies show that students of color, especially black students, bear a greater part of that burden.

“While I didn’t attribute it to Islam, everyone can see how detrimental all this interest in the student loan crisis has been – it has left a whole generation of students unable to meet some of their most basic needs because they’ve been chained to an institution,” Chaudhry said. “You’ve got a generation that’s super well educated, that has all of these talents and skills, but they’re not getting anything in return – all that what they earn goes to those institutions that are already mega rich…and it pushes people to stay in the same socio-economic status that they were born into.

The other impact of the student loan crisis that Chaudhry and others have pointed out is that it discourages people from pursuing higher education in an effort to avoid too many loans. Chaudhry herself put her education on hold until she could find a better financial option.

“We believe that education is the key to advancement in society.”

“We seek to encourage education, we believe that education is the key to advancement in society,” Albandar said. “And we think being able to do that by reducing the debt burden, which includes interest, is the way to go.”

Albandar said he heard several students who benefited from the ACC say that they would not continue their studies if there were no interest-free loans.

By receiving donations from community members, ACC provides a minimum loan of $10,000 to students (who do not need to be Muslim) chosen through the application process, which includes essays, letters of recommendation, community service history, tax returns and interviews. In 2021, ACC Pennsylvania issued a total of $222,791 in interest-free loans to 14 students. The program also teaches students how to get out into the community and apply for micro loans themselves.

In order to account for inflation, Albandar said the ACC has set up endowment funds which have been able to cover inflation and operating expense concerns.

For Najah Siddiq, who is majoring in organizational development at Temple University’s College of Education, getting an interest-free loan from ACC helped cover tuition that his scholarships and grants didn’t cover. Now she can save more of her money for other necessities.

“You always hear that student loans are a huge burden on people all their lives – I have family members who are well into their careers and are paying off student debt from 20 years ago,” Siddiq said. “Being able to make interest-free offsets takes a bit of that burden. You pay the same now or later, it’s not like you have to pay thousands of dollars more because of interest.

Work produced by The Inquirer’s Communities and Engagement office is supported by the Lenfest Institute for Journalism. Editorial content is created independently of project donors.

The United States Women’s National Under-16 Team will meet at Nike headquarters in Portland, Oregon