The story of the ugly Christmas sweater 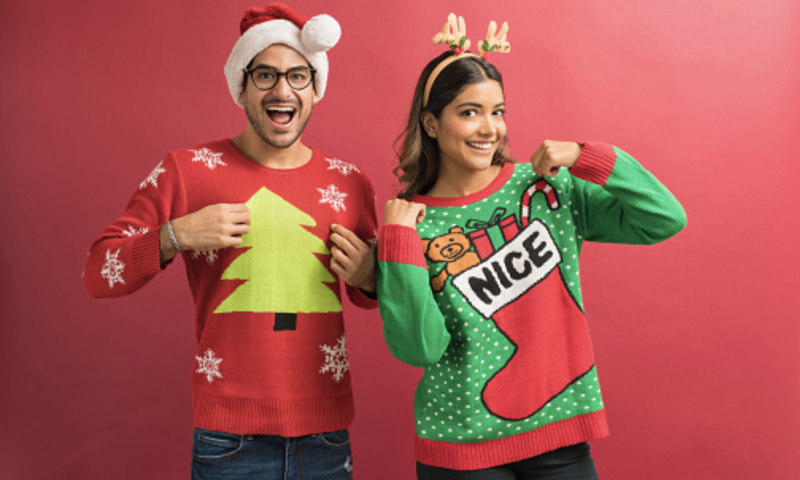 The first Christmas-themed sweaters appeared in 1950, produced on a large scale and quickly becoming popular, but it wasn’t until the 1980s that the unique garment had a cultural impact, having appeared on various sitcoms. televised.

The “bell sweater” was known as a chic party garment adorned with multiple embellishments and patterns, including candy canes, elves, gifts, garlands, reindeer, Santa Claus, among other decorations.

And while it’s unclear how the popular ugly sweater parties started, giving new meaning and a new excuse to celebrate the holidays with friends and family, the city of Vancouver previously claimed to be the birthplace of the tradition. , hosting the first Original Ugly Christmas Sweater Party in 2002 at the Commodore Ballroom.

Now the iconic ugly sweater has even made its way into high fashion, besides being included in fast fashion retailers, such as H&M, Bloomingdale’s and Macy’s, luxury brands like Givenchy and Dolce & Gabbana have also launched. clothing in special collections.

Sign up for our newsletter to stay in touch with your culture. Get the latest news on your celebrities, royals, and the best beauty, fashion and lifestyle news straight to your inbox!

Unfazed by pandemic and supply chain issues, Santa prepares for his annual flight