The Recorder – Regina Curtis is retiring as GCC executive. director of institutional promotion 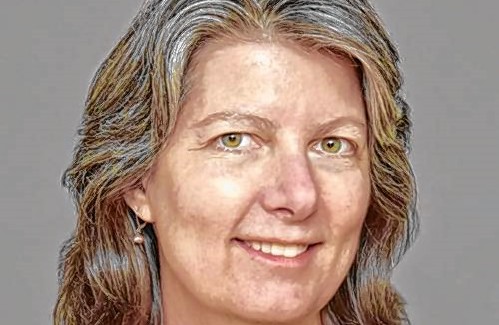 GREENFIELD – Regina Curtis has amassed a 48-pound stash in thrift stores. From September 1, she will have more time to read them.

Curtis is retiring as Executive Director of Institutional Advancement at Greenfield Community College on August 31, after 16 years on the job. She coordinated the school’s legislative affairs and oversaw its grants office in addition to being the executive director of the GCC Foundation, the nonprofit fundraising arm of the college.

â€œCommunity college students stay in their community. They end up living and working within a 25 mile radius, usually. So we are really educating the workforce in this community, â€she said. “This college is exactly where it needs to be.”

Curtis, 62, said she turned legislative affairs over to her colleague Keith Bailey and new recruit Alexis Page took on other responsibilities. She said their abilities reduced her natural anxiety about quitting the job she had been heavily involved in for so long.

She previously worked for State Representative Stephen Kulik and plans to follow her former employer’s advice on retirement – don’t make any additional commitments for at least a year. She intends to continue serving on the board of directors of Rural Development Inc., a nonprofit organization created by the Franklin County Regional Housing and Redevelopment Authority, but wishes to spend more time walking, hiking, kayaking and visiting her son in North Carolina and her daughter-in-law. in Idaho. She would also like to relearn Spanish and knitting.

Curtis grew up in the Detroit area, but has lived in Franklin County his entire adult life. Warwick has been his home for decades.

She worked at the college for 16 years, serving on the Board of Trustees of the GCC Foundation for six years previously, including two as President. Prior to that, she was a campaign volunteer for the school. But that was not his introduction to college. She received her associate’s degree in commerce in 1986 at the age of 28, after taking evening classes for five years while working full time. The average age of a CCG student is around 27, she said.

Curtis then transferred to North Adams State College (now Massachusetts College of Liberal Arts) for another five years to earn a bachelor’s degree, graduating while pregnant with her son. She waited four years before pursuing her Masters of Business Administration in five years.

â€œI know women whoâ€¦ worked full time and went to school in the evenings with me and had a baby, but I couldn’tâ€¦ think about that. So I waited until he was 4, then I started at Fitchburg State College (now the University) because, â€she said,â€œ I only attend public higher education institutions. from Massachusetts that are next to Highway 2. It’s like my jam.

“I never worked full time during all of this,” she added. â€œIt’s just that the career trajectory was made possible thanks to the degrees I acquired along the way, which was possible thanks to GCC. â€¦ It is definitely the mission to make higher education accessible to all who want to learn. This is not the case for many colleges.

Curtis also said that many CCG students are, like her, first generation students. She said 48% of them transferred to four-year colleges and 25% were from Hampshire County.

â€œI’ve always wondered if there is a magical way to survey every employer in Franklin County and find out how many GCC employees (there are),â€ she said, adding that a third of Greenfield Savings Bank employees are GCC graduates. “It’s quite remarkable.”

Curtis also said that GCC will celebrate its 60th anniversary next year.

â€œGCC and I are about the same age. Funny – I never thought of it that way, â€she said. â€œWe kind of grew up together. ”