The new pandemic mood is dreadful 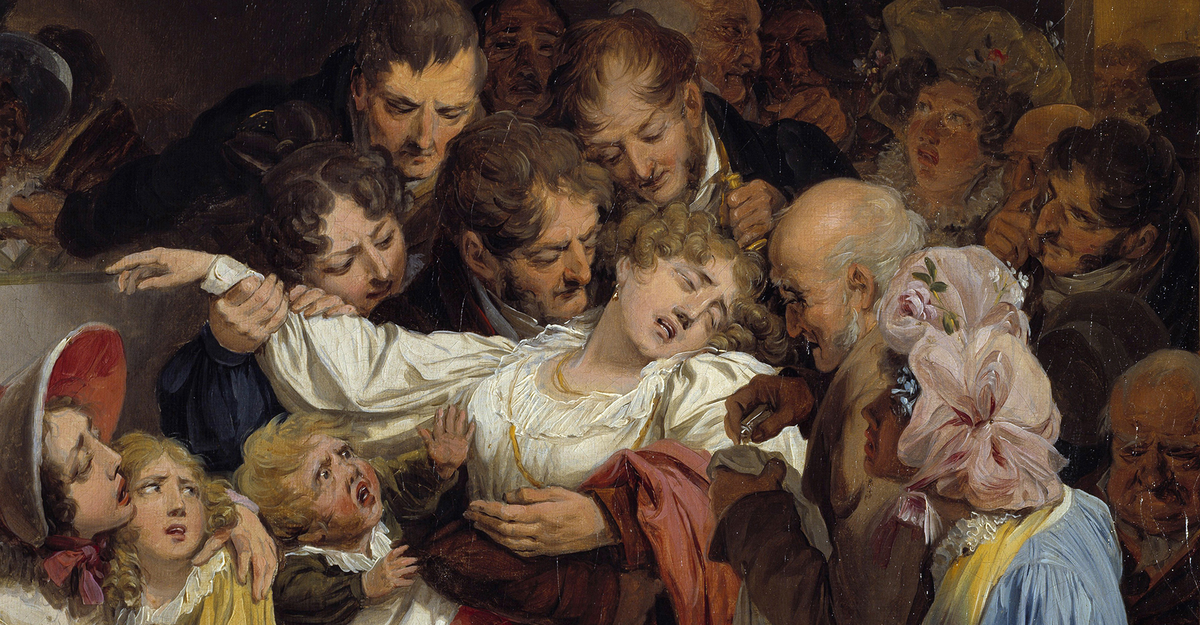 “We probably didn’t have COVID in there,” I told my two doctor friends, grimacing as we put on our masks to ride in the elevator after a party for parents of kids attending the my daughter’s school, where we were without a mask. Most people I know are vaccinated, and many of them got Omicron in December, when apparently everyone in New York got Omicron. But here’s the thing: This wasn’t the first time someone had made a black joke about worrying about contracting COVID; it has become the go-to joke at every gathering. Low-level fear seems to have permeated everything these days, like the music you hear in elevators or in airport lounges. It’s the hum of terror, the lullaby of anxiety.

Fear is like nothing else. It has a clarity, a liveliness. There is no uncertainty in fear. It’s been 762 days since the World Health Organization declared the coronavirus a pandemic and finally the mood has changed from the abject panic and disbelief of March 2020 to the pervasive terror of April 2022.

Read: Late-stage pandemic is messing with your brain

Late pandemic fear is nothing new. In the 14th century, Giovanni Boccaccio wrote in the Decameron on the feelings of the Florentines during the bubonic plague: “These things and many others like them, or even worse, provoked all sorts of fears and fantasies in those who remained alive, who almost all took a precaution while utterly cruel, namely avoiding the sick and their belongings, fleeing from them, for in doing so they all thought they could preserve their own health. A sense of hesitation hung over society then, and it has returned for many people now, despite the expectation that (rather) vaccinated and healthy young people under the age of 65 could resume their normal activities, taking a few precautions but behaving much as we did. before nearly a million Americans died of COVID.

Remember that time last year? We were told we would have a hot summer. The streets would be filled with half-naked people dancing with each other. It would be like Woodstock. We would call it the Roaring 2020s. After all, history is filled with such things. The 1918 flu pandemic was followed by a decade of parties and opulence. Certainly, the coronavirus panic would turn into a boom decade, or at least a summer.

Instead, we got Delta, then Omicron. And Russia invaded Ukraine. Bucha’s stories sound like something from the wars of Boccaccio’s time: “A man was missing a big piece of skull; another body was so badly burned that its head and half of its torso remained, the whites of its eyes subsumed in the charred flesh. One person appears to have been decapitated. Turn on the television and you are confronted with images of bodies of murdered people lying in the streets, mass graves filled with corpses in plastic bags. We watch in horror as the young Ukrainian president begs for help. Last week I saw a story about a Ukrainian mother writing her and her husband’s phone numbers on their toddler’s back. “My hands were shaking deeply and that’s why it’s so horribly written,” the mother told NPR. As a mother myself, this photo is indelible in the hippocampus.

This terror… I recognize it. I wish I could say no.

Read our continuing coverage of the Russian invasion of Ukraine

I was 21 and living in uptown when, at 8:45 a.m. on a cloudless day in September 2001, the first plane hit the North Tower. I had just walked my black and white cocker spaniel. My stepfather called me. “Something happened,” he said. I turned on CNN. Soon my city was shrouded in smoke and sirens. Soon the bridges and tunnels were closed and the streets fell silent. There were no cars on any of the avenues or streets. People were returning home covered in ash like living ghosts. You could smell this mixture of flesh, asbestos and jet fuel, which lingered for weeks. Outside my local hospital there were flyers with pictures of people who had gone to work and never returned home. My next AA meeting was filled with stories of people stuck on the upper floors who couldn’t get out.

After the towers fell, the air had a strange feel, a texture. There was a feeling that because this attack had worked so well, it was only a matter of time before another attack was launched. In October 2001, I flew over the smoldering embers of the towers on my way to Chicago. The stewardess and I grimaced. She said something about the smoke and the smell. I don’t remember how the words fit together, but the effect was chilling. I was so freaked out by the experience that I took an Amtrak train home from Chicago. I wasn’t even anxious, exactly; I was just certain that more destruction was coming. In the months that followed, President George W. Bush launched a Homeland Security Advisory System that was color coded and told us how much to worry about every day. The highest alert was red and the lowest was green. In New York, the system was a screaming orange for months.

Around this time, I began to find myself filled with a sort of conviction that none of this would end well. I sat in the subway and was obsessed with noises; every rattle could be something. If you see something, say something, the board went. So we were all ready for hypervigilance. And the rest of the world acted that way too. The American people were continually on edge, convinced that 9/11 was a harbinger and not an aberration.

Right now, that same fear is in the air. We have been through something scary, something horrible. I feel the same dark conviction that the coronavirus may just be the start of something even more terrible. What if there was always another new mutation? What if the sirens kept blaring and the reminders kept coming and we never stopped worrying about the number of hospitalizations? Or what if we just go back to normal life and the transition is slow, like with most things? What if things were still moving?

This fear will be replaced by something else, eclipsed by another feeling. The spring of our discontent will lead to the summer of something else. But what? In 2003, I was married and pregnant with my first child. We learned to live with the fear, and then slowly it dissipated. Sure, there were seismic issues with American life, but there were also first birthday parties and ice cream and movies and fireworks and all the joyful minutiae that make up a life. We learned to live with the fear, and then it went away, or at least it seemed to go away. Green shoots will always emerge, even after the darkest days. Even when the darkest days last for years. We just have to wait for the season to turn.

Poll NO 500: Philanthropy is good for business