The continuation of Kurdish oppression in Turkey 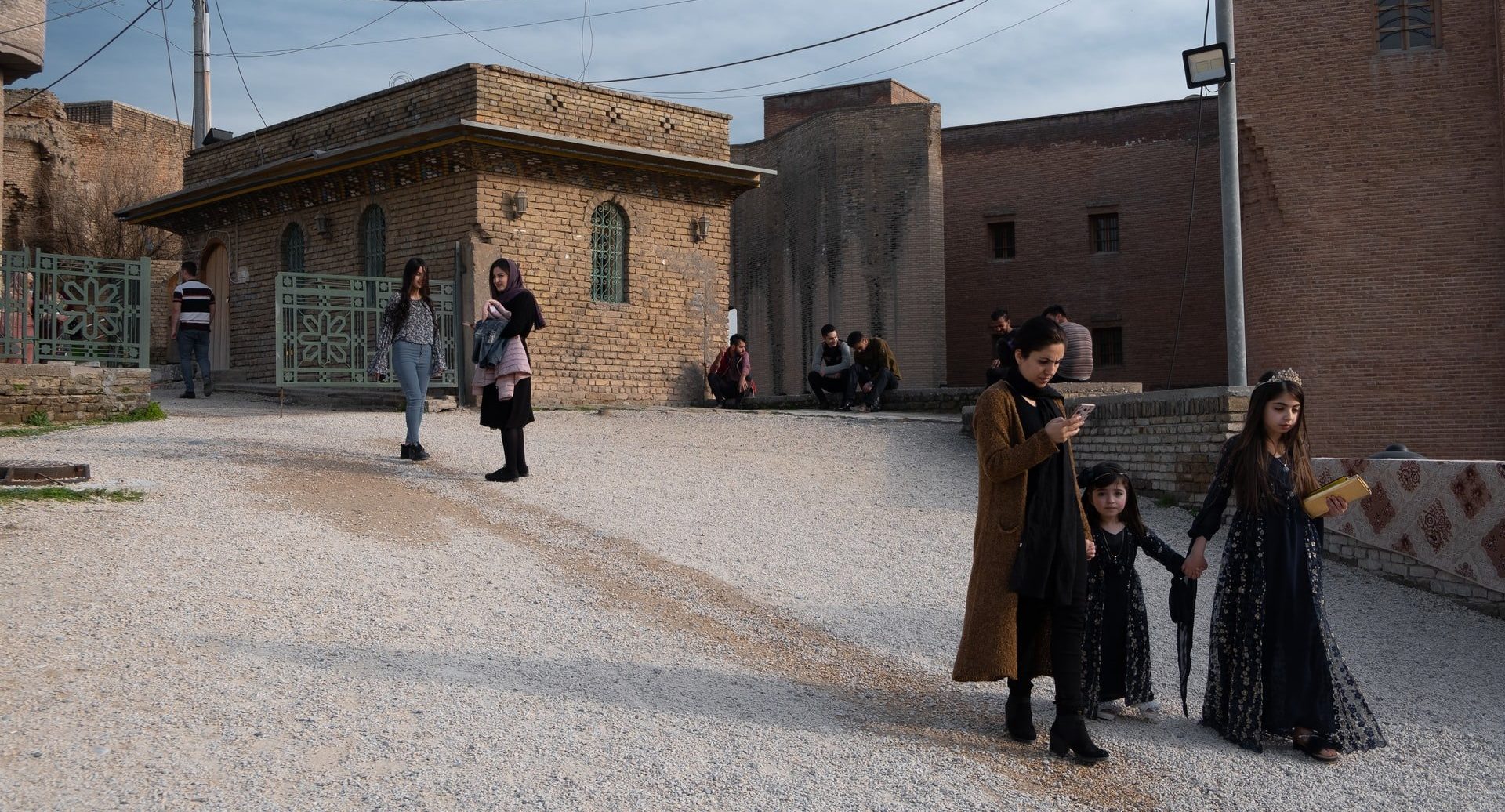 EDMONDS, Washington – The Kurdish ethnic populations have resided in parts of Asia Minor and the Middle East for centuries. Various nations have forcibly drawn lines across their native territories over time. After World War I, the establishment of Turkish borders limited the possibility of a formal and cohesive Kurdish state. In modern times, there are around 30 million ethnic Kurds in the world. This makes the Kurdish people “one of the largest groups of people without [â€¦] a nation-state â€or a land of their own. Much of the total Kurdish population resides in Turkey, where Kurds face violence, discrimination and social ostracism.

Ethnic Kurds and ethnic Turks have had particularly strained relations in recent history. According to The Kurdish Project, a non-profit rights advocacy and education organization, Turkey’s modern borders run directly through Kurdistan. Kurdistan, a historically Kurdish region that is not a country, has territories in Turkey, Iraq, Iran and Syria.

Since the founding of Turkey, Kurdish culture, language and expression of identity have come under fierce repression, with tensions having increased dramatically over the past 40 years. In an interview with The Borgen Project, retired US diplomat Fred Lundahl said: â€œWhat the Kurds had to face in order to do something, to gain a sense of respect, has always been difficult. Lundahl spent 30 years in embassies around the world for the State Department.

The Turkish government has a history of oppression against Kurdish culture, even suppressing the names Kurdish families give to their children. In 2003, the Turkish national authorities passed a reform law aimed at limiting names using the letters x, q, and w – letters traditionally found in Kurdish names. ” Because they are [Kurds] immediately noticed by their names [â€¦] they’ve been fundamentally oppressed all this time, â€Lundahl observed.

In a court case around the same time, authorities attempted to prosecute seven parents in the southern Turkish town of DiyarbakÄ±r for giving their children Kurdish names. The prosecution argued that the names were secret codes in a Kurdish terrorist ploy against the Turkish government. Although a judge ultimately dismissed the case, resistance to Kurdish expression continued.

Continued oppression and exclusion from Turkish political, cultural and social landscapes has resulted in the ostracization of the Kurds. According to Lundahl, â€œgovernment after government has missed the boat in trying to calm that sentiment. This led to the tensions that still persist today.

The Kurdish oppression exercised by the Turkish government has directly and indirectly generated a committed nationalist movement. This manifestly manifested itself in the form of the Kurdistan Workers’ Party, or PKK, in the 1970s. Until his capture in 1999, Abdullah Ã–calan, a Kurdish Turk, led the PKK, which was widely referred to as an organization. terrorist. Before Ã–calan’s capture, the actions of the PKK resulted in the deaths of around 30,000 people. The group initially worked with the goal of establishing a Kurdish region in southern Turkey, although this goal has changed over time.

In its early years, the PKK appealed to many Kurds of all stripes. In particular, he tried to attract Kurds from poor and disadvantaged areas. A major conflict between the PKK and the Turkish government in 1984 resulted in the government’s forced expulsion of around one million Kurds. Mass unrest and the destruction of Kurdish communities accompanied these expulsions. The Kurdish Project suggests that organizations like the PKK provide the Turkish government with the justification to oppress and terrorize everyday Kurds.

The politics of the Turkish majority and the Kurds

Over the past 20 years, the majority political party in Turkey has risen: the Justice and Development Party, or AKP. The AKP’s growing power has led to even fewer attempts at inclusion in Turkey, according to Lundahl. At the forefront of this struggle are the current Turkish President Recep Tayyip ErdoÄŸan, leader of the AKP, and the organization’s conservative values. “What [ErdoÄŸan] in fact, it is to serve the Islamic people, more fundamentalist, in the small towns of central Turkey, it is its base. And this base feels threatened by the Kurds, â€Lundahl said.

Particular movement against the Kurds in Turkey, in addition to political persecution and imprisonment, has come in the form of Turkey’s hydroelectric efforts in the Kurdish regions of Turkey. Since the early 2000s, when the AKP came to power, the government has exercised significant control over a campaign of roadblocks in Turkey’s southeastern provinces. This has disproportionately affected Kurdish communities and infrastructure, as well as neighboring regions heavily dependent on controlled water supplies.

â€œThere have also been major development projects in eastern Turkey that revolve around these dam systems [â€¦] for electricity and water for irrigation, â€Lundahl shared. â€œThese projects were peddled because ‘it will bring economic development to the Kurdish regions of Turkey.’ In fact, the Kurds did not take advantage of it. The Kurds lost land, Turkish companies arrived with big agricultural companies. All of these thingsâ€¦ are getting worse and worse.

The Kurdish role in the Syrian civil war

Other factors of Kurdish oppression are the war on terrorism and the involvement of the United States in the Kurdish regions of northern Syria. The main US allies in the fight against Islamic extremism, the Kurdish Protection Units, or YPG, have played a crucial role in helping US forces fight groups like ISIS.

Turkey, on the other hand, treats the YPG with significant hostility. When former President Donald Trump withdrew US forces from Syria, the YPG lost significant support and resources that the United States provided, paving the way for Turkish forces in the region to resume their efforts to counter them. Kurds and others in the area.

In Turkey, the conflict in Syria has also shaped the social landscape. According to Lundahl, â€œHe [were]large number of Syrian refugees that the Turks had allowed in, and what was interesting about it was that this was allowed by the [Turkish] government, it was to keep them away from the war zones, which happened to be Kurdish zones.

Lundahl now owns Music for the Eyes, a boutique specializing in cultural objects in Langley, Washington. He recalled his last trip to Turkey to visit suppliers: â€œMany shops in downtown Istanbul were run by Syriansâ€¦ so there was a whole other social problem that arose because they were taking the relay of the urban Turks. Lundahl further suggested that Kurdish businesses in Turkey had been affected by the Syrian refugee crisis. It also further ostracized the Kurds.

Despite the Turkish government’s best efforts to subdue the Kurds, many still have hopes for cultural, social and political freedom. â€œWe have been following for years the struggle of the Kurds to emerge from their second-class status [â€¦ as well as] the wonderful things the Kurds did in Iraq to get their own country, indeed, â€Lundahl said. Kurds in cities in southern Turkey revive the ancient oral practices of Dengbej, a musical storytelling tradition that dates back 5,000 years. His return represents the preservation of heritage in the face of oppression.

Although the situation carries a complex diplomatic weight and serious humanitarian concerns, it is not hopeless either. Organizations like The Kurdish Project strive to make Kurdish oppression, history and struggles known to everyday Kurds. Their work continues to advocate for the rights of Kurds in Turkey and beyond.