Taliban will ‘hang’ me: Afghan interpreters ask Canada for help 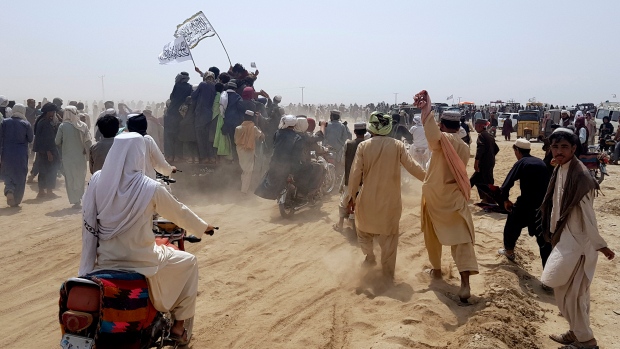 TORONTO – As Taliban insurgents have made rapid territorial gains across Afghanistan in recent weeks, a chilling new audio from a local performer who has worked with the Canadian Forces illustrates just how much he and others like him face in their own country.

In an audio file posted to YouTube, an interpreter in Helmund province recounts how he and others risked their lives alongside Canadian soldiers to support the mission against the Taliban from 2010 to 2011. He now asks why Ottawa and Prime Minister Justin Trudeau are not moving. faster to get his family to safety.

“Mr. Trudeau, I am a father. My daughter is one and a half years old. From father to father, I beg you to please help me and my family out of Afghanistan before the Taliban don’t find us, ”he said.

“If Canada does not act immediately, my wife, daughter and brothers will be captured by the Taliban. They will hang me, shoot me and cut my head off. They will kill my wife and my daughter. They will kill my brothers … you promised me that my family would one day come to Canada [and] enjoy the peace your family enjoys every day.

Canadian veterans have expressed, with increasing urgency, the need for Canada to assist Afghan translators and interpreters who worked with Canadian soldiers during the war to come to Canada with their families.

Canadian Immigration, Refugees and Citizenship Minister Marco Mendicino said the government was working on a plan to help families, but did not say when that plan could go into effect.

“We know the Afghans are putting their own lives at risk by helping the Canadian effort in the war there, and we want to do what is right for them,” he said on Friday. “And so we hope to have more to say about it as soon as possible. Near future.”

Sayed Shah is worried about his two brothers who face threats due to his work with the Canadian Forces more than a decade earlier. The Taliban know him well, Shah said, and it is certain that if they take control of Kandahar and Kabul, his brothers will die. He has already lost five family members in 2013 when they were killed by a roadside bomb set off by the Taliban.

“They are in danger because of me, because I worked with the Canadian military,” he said. “I put my family in danger. “

A former battlefield interpreter who worked with the Canadian military between November 2007 and March 2010, Shah was able to come to Canada under the original special immigration program. The soldiers who supported his visa application acknowledged that his bravery under intense Taliban fire had saved Canadian lives. Now that the Taliban is closing in on Kandahar, he is seeking similar protection for his brothers, who are now in hiding.

“If they are not evacuated from Afghanistan, they will be targeted and killed,” Shah said.

Ottawa previously announced the creation of a dedicated refugee stream for “human rights defenders,” including journalists and others who may seek asylum to escape persecution in their country.

As the September 11 departure deadline approaches, other NATO allies have already announced evacuation plans for thousands of Afghans. The United States said this week that flights for eligible Afghan citizens will begin by the end of July.

Interpreters have played a vital role in NATO operations in the Middle East, including the more than 40,000 Canadian troops who have served in Afghanistan. Many Afghans risked their lives helping on the front line.

A special immigration program put in place in 2009 and completed two years later brought some 800 former interpreters and their families to Canada, but thousands have been left behind. Many now face the possibility of being tortured or killed for their role in helping Canadian troops, advocates say.

The sudden withdrawal of US troops from Afghanistan in early July after nearly two decades of fighting accelerated the movement of the Taliban across the country, with Taliban officials claiming the group now controls more than 85% of the territory – a figure which is disputed by others.