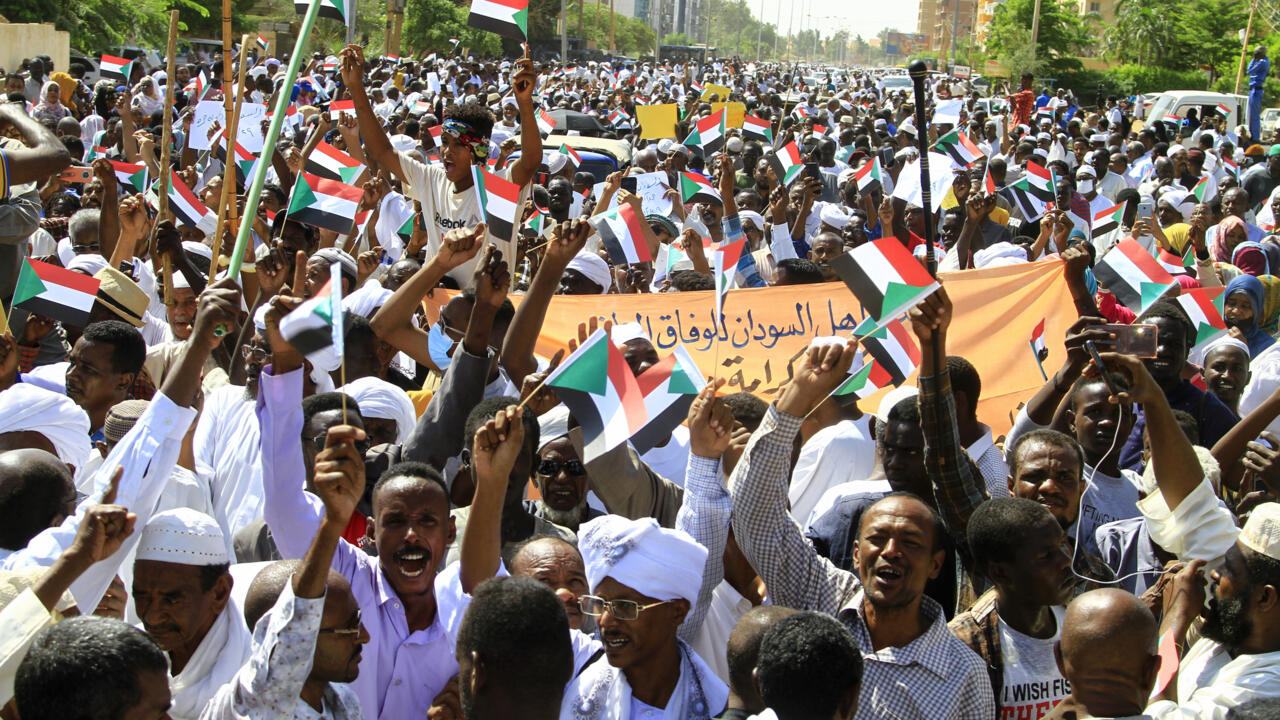 Khartoum (AFP) – Some 3,000 protesters in Khartoum on Saturday dismissed UN mediation efforts between civilian and military leaders as “foreign interference” and called for an Islamist regime in Sudan, an AFP correspondent said.

For 12 months, near-weekly anti-coup protests have been met with force, and efforts by the United Nations and other international actors to bring Sudan’s military government and civilian leaders to the table have stalled.

Crowds that gathered outside the headquarters of the UN mission in Sudan on Saturday chanted pro-Bashir slogans and burned pictures of UN envoy Volker Perthes.

“We are demonstrating for our dignity and our sovereignty. Volker has defiled our country,” protester Hafez Joubouri told AFP.

Another told AFP he wanted “the armed forces to side with the people and kick Volker out today.”

An AFP correspondent said some protesters were chanting “Volker, mole, we have beheaded Gordon”, referring to British General Charles Gordon who was killed in an 1885 revolt in Sudan.

As police stood nearby, some protesters held up banners reading “No to foreign interference” and “No to the UN”, an AFP correspondent said.

The crowd then dispersed without incident.

The country has been grappling with deepening political unrest and a spiraling economic crisis since Burhan seized power on October 25, 2021 and arrested civilian leaders with whom he had agreed to share power.

Civilian leaders have refused to negotiate with the military before it commits to a timetable for complete withdrawal from power.

Pro-democracy activists fear that the Burhan regime has reappointed Bashir loyalists to official positions, including in the justice system currently trying the former Islamist dictator.

The crackdown on anti-coup protests has killed at least 119 people, according to pro-democracy doctors.

Bread of Life, Inc. partners with the Quest Diagnostics Foundation and local community partners to improve access to healthcare and create employment opportunities for underserved communities