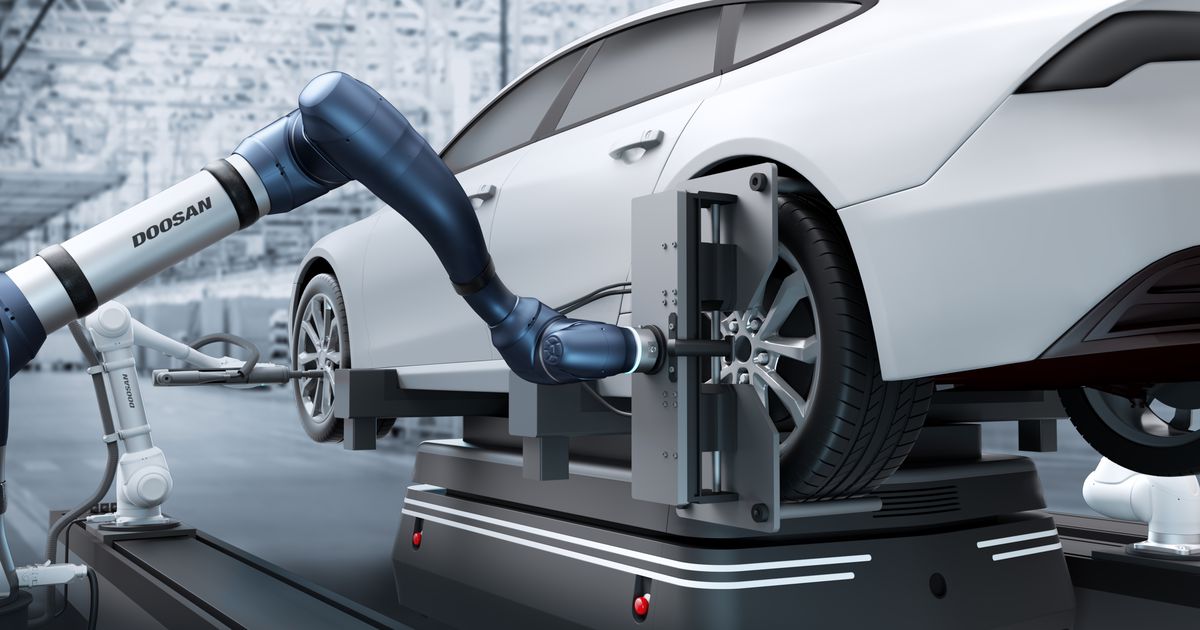 A South Korean robotics company plans to take the United States by storm from a new base in Plano.

Doosan Robotics, which the Doosan Group established in 2015, is launching its new business unit, Doosan Robotics Americas, from the Collin County Business Center community. The unit will be located at 7950 Legacy Dr., across from Toyota’s North American headquarters, and is expected to open around October.

Alex Lee has been named general manager of North and South America for the robotics company. He previously served as General Manager for North America for STXI Motion, a global engineering company headquartered in Israel.

“We fell in love with everything Plano,” Lee said. “Everything was new and flashy, and our business is new.”

Doosan Robotics, which has about 150 employees worldwide, expects to have 10 people working in the Plano office by the end of the year, Lee said. Next year, he also hopes to start making products from Plano, which will create “a lot of jobs”, he added.

“We plan to grow and flourish extremely quickly,” Lee said.

The Doosan Group’s seven-year-old robotics arm is expected to be profitable by the end of 2023, Lee said. In 2021, Doosan Robotics had a cumulative sales record of 2,000 units, according to company documents. Parent company Doosan Group generated $15 billion in revenue in 2020, the last year an audited report is available. It was founded in 1896 and has 25 subsidiaries and 114 global entities around the world.

Doosan Robotics, which says it is “creating technology for the next generation of manufacturing,” focuses on collaborative robots that work alongside human workers. Applications for the aids include gluing and bonding, machine maintenance, chicken frying, sanitizing, air blowing, welding, turning, construction drilling, and ice cream serving.

The robotics company was the winner of this year’s Consumer Electronics Show Innovation Awards for its robotic camera system, NINA, which stands for “New Inspiration.” New angle. The robot is intended to help users, such as an advertising agency, shoot any angle of a scene with professional quality.

“It was meant to take advantage of the dexterity of a robot,” Lee said.

For coffee lovers, Doosan Robotics has created Dr. Presso, a barista robot that can brew 15 types of hot and cold coffee. It’s intended for locations that aren’t ideal for human baristas, Lee said. For example, a hotel could use it for 24/7 coffee service for guests, he said. Doosan boasts that its robots can even close caps on coffee cups.

“Starbucks has done a good job of charging $6 for coffee. We want to do a good job of getting people to drink coffee every hour,” he said.

Doosan’s US customer base includes companies in a wide range of industries, including automotive, manufacturing, warehousing and logistics, food and beverage, pharmaceuticals, healthcare, construction and packaging. Select customers listed on its website include Yamaha, Hyundai, Samsung, Bobcat, Shell and Johnson & Johnson.

Lee said he thinks the restaurant industry is poised to be the next big market for robots, which can be used for small tasks like dipping fries in and out of oil when they are fried. In Dallas-Fort Worth, Chile’s parent company, Brinker International, has spent almost two years testing robot servers and recently announced plans to expand to other restaurants in Arizona, California, Colorado, Florida, Illinois, Massachusetts, Nevada and New York.

Jenny Zeilfelder, Plano’s economic development manager, said Doosan told the city it wanted to start with a smaller office, but with potential for expansion. The company did not ask for incentives, she said.

“I think that was drawn to our exceptional workforce and quality of life,” Zeilfelder said.

For businesses considering moving from California to Texas, the question is “why didn’t we do it sooner?” »