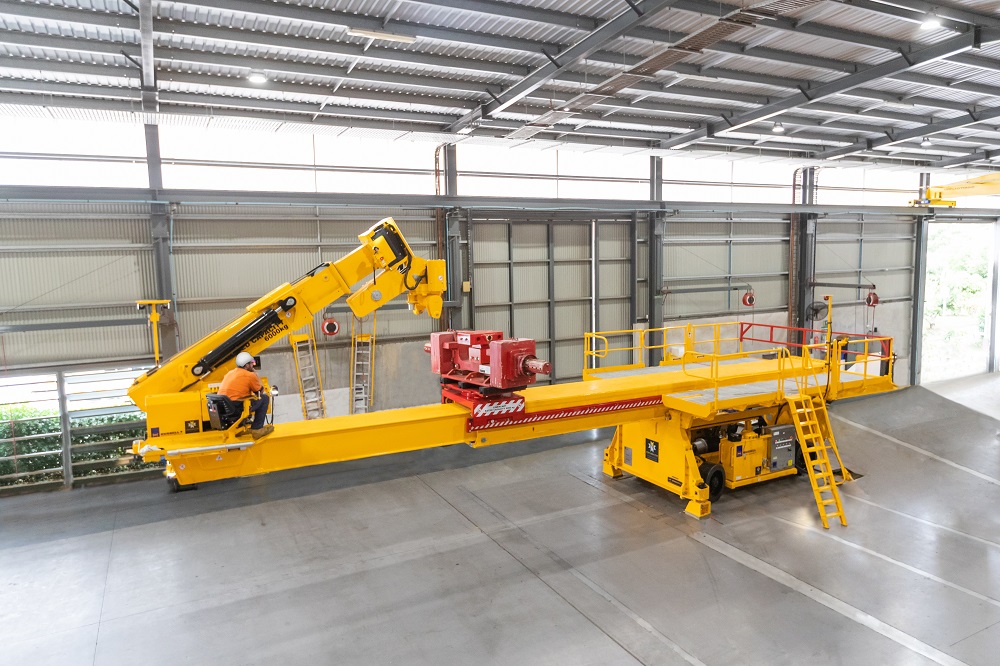 In what it says is a major milestone, Russell Mineral Equipment (RME) has designed and completed production of its 500th reline machine (MRM) for Australian gold producer Northern Star Resources Ltd.

This bespoke RUSSELL MRM will be accepted by Northern Star in a ceremony at RME’s global headquarters in Toowoomba, Queensland later this month. This MRM will service Northern Star’s new SAG mill at its Thunderbox project in the Goldfields of Western Australia.

The 500th RUSSELL MRM is a 7-axis RUSSELL machine with a capacity of 6,000 kg. The RUSSELL 7 is RME’s signature model sold worldwide, and this unit also comes with advanced RME INSIDEOUT™ technologies. These new exclusive technologies, developed by RME, allow the placement and removal of crusher liners without any team working on the load inside the crusher, which considerably reduces the exposure of personnel to significant risks, indicates the company.

Since the introduction of the very first RUSSELL 7-axis MRM in 1992, traditional rolling mill relining times have been cut in fours and many health and safety hazards have been eliminated, says RME.
Chief Customer Officer, Cherylyn Russell, says RME is a proud supplier to the mining and hard rock mineral processing industry, primarily those processing gold and copper.

“This milestone is an opportunity to recognize the technology and safety advancements of the RME Mill reline system that allow giant mills to get back to work faster after regular relining,” she said. “Plant relining is the most specialized maintenance task in the ore concentrator process and often dictates the length of shutdowns. RME’s innovative, customized and robust equipment contributes to increasing the profitability of the mining site, while improving the safety of the working environment.