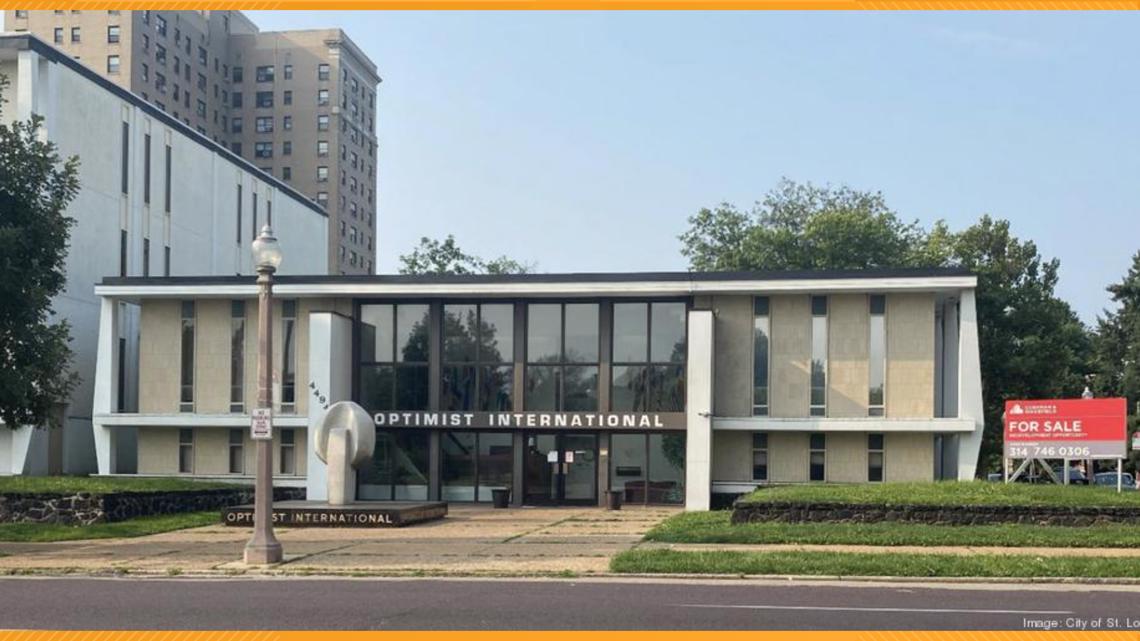 Developer Lux Living hopes to build an apartment complex with seven or eight floors and two levels of underground parking.

ST. LOUIS — A plan to build an apartment complex on the site of a historic mid-century modern building in the Central West End is being opposed by city staff, even after the developer revised the plan to preserve the facade of the building.

In a report released Friday, staff from the city’s Office of Cultural Resources recommended that the St. Louis Preservation Board, which meets on Monday, reject a request from St. Louis-based apartment developer Lux Living to demolish part of the Optimist International building at 4494 Lindell Boul. Lux, led by CEO Vic Alston, hopes to build an apartment complex with seven or eight stories and two levels of underground parking.

The L-shaped building would be built around two walls of the Optimist facade, in a plan by the project’s new architect, HOK, redesigned from the Preservation Council voted in augustat the request of the curators, to reject Lux’s plan to demolish the entire building.

The Office of Cultural Resources wrote in its recommendation that the preservation board rejects the new design, saying it “considers this proposal a demolition, as it calls for the destruction of all but two pavilion walls. This project is an example of facadism, the architectural and constructive practice in which only the facade of a building is preserved and a new building erected behind or around it Facadism is not preservation.

The two existing buildings on the site are the headquarters of the global voluntary organization Optimist International, which hopes to downsize and spend less money maintaining older buildings for the space it typically uses. not.

The Optimist Lodge building was named as a landmark in a municipal survey that designated historic mid-century modern architecture. He called the pavilion one of the 25 most significant Mid-Century Modern buildings, out of 2,400 St. Louis structures assessed. The second Optimist building was not designated as a landmark and would be demolished as part of the new plan.

Read the rest of the story on the St. Louis Business Journal website.