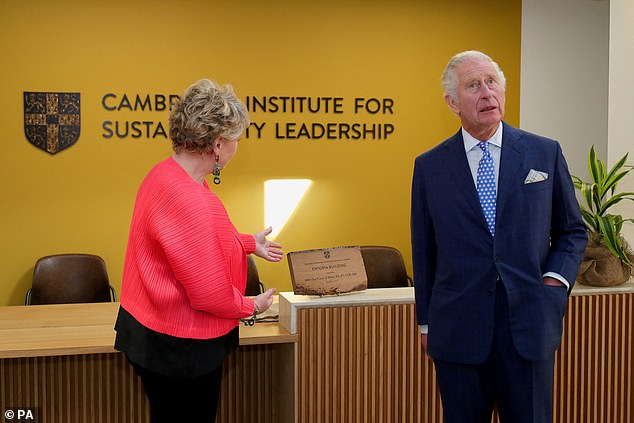 Prince Charles visited a refurbished old telephone exchange and met a group of international students during a series of engagements in Cambridge today.

The Prince of Wales, 73, unveiled a plaque at the University of Cambridge’s low-carbon Entopia Building, which is the new home of the Cambridge Institute for Sustainability Leadership.

It was a 1930s telephone exchange before it was modernized, including solar panels on the roof.

The Prince, himself a Cambridge University graduate, then met international students from King’s College, who are on a Prince of Wales Scholarship, before a visit to the Whittle Laboratory to learn more about work to achieve net zero aviation.

The Prince of Wales, Founding Royal Patron of the University of Cambridge’s Institute for Sustainability Leadership unveils a plaque alongside CEO Clare Shine during a visit to the Entopia Building, CISL’s new headquarters, during of his visit to the city of Cambridge 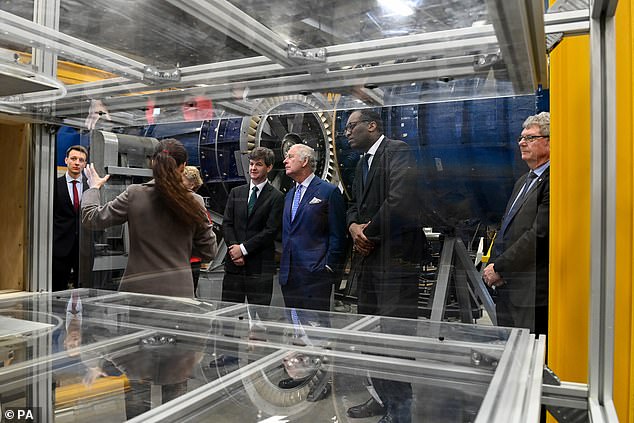 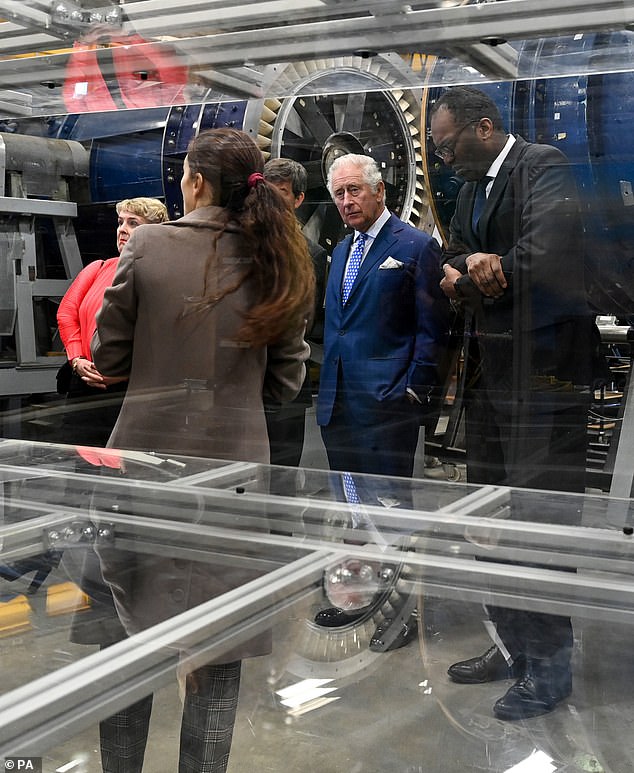 The Prince of Wales (centre) during his visit to the Whittle Laboratory in Cambridge. It was a 1930s telephone exchange before it was modernized, including solar panels on the roof 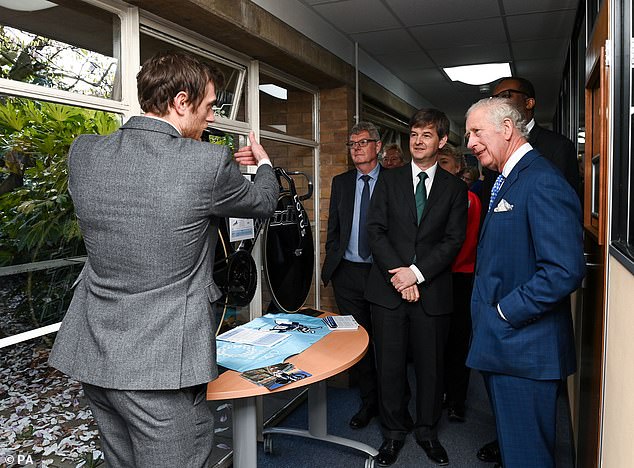 At King’s College, the prince met seven international students who have benefited from scholarships.

Since 2010, Charles has been patron of the Cambridge Commonwealth, European and International Trust, which supports international students from Commonwealth countries who wish to study at Cambridge.

He took the time to talk to the students, discuss their studies and joke with them.

He told student Paul Muiru, from Kenya, who is completing a doctorate in history: “Are you continuing the wonderful Kenyan tradition of running?

“You always win every marathon. 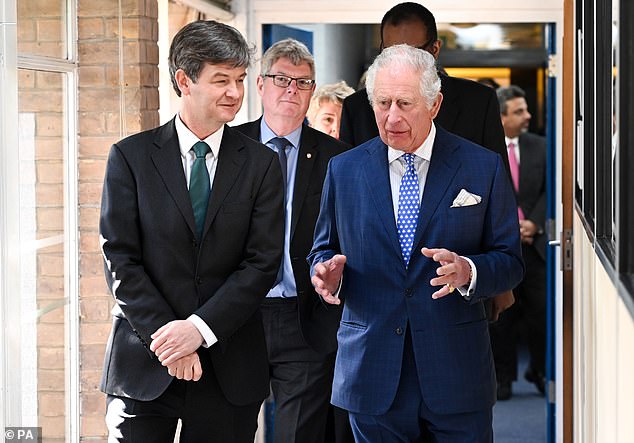 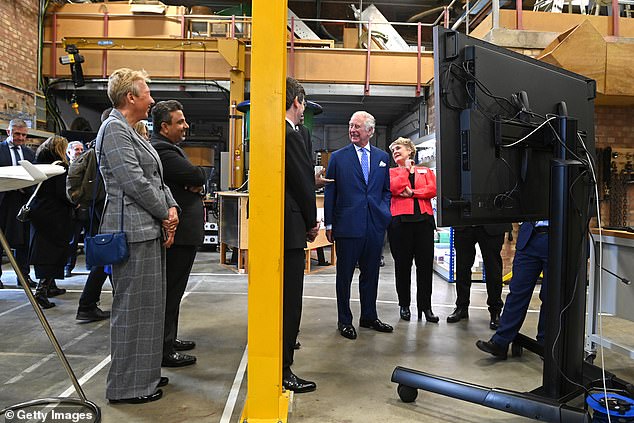 Mr Muiru, 40, then said it was “very exciting” to meet the prince.

“I was nervous but a really good, memorable time,” he said.

“I am glad to have met the prince.

Vishaan Udandarao from India said: “At first I was amazed when he came in, but when he started talking to us it was like a normal conversation. 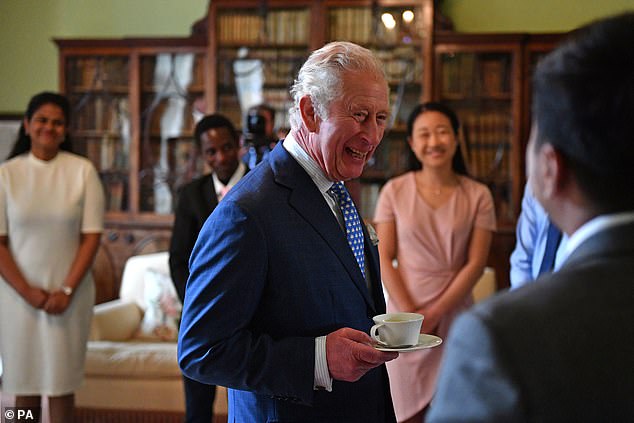 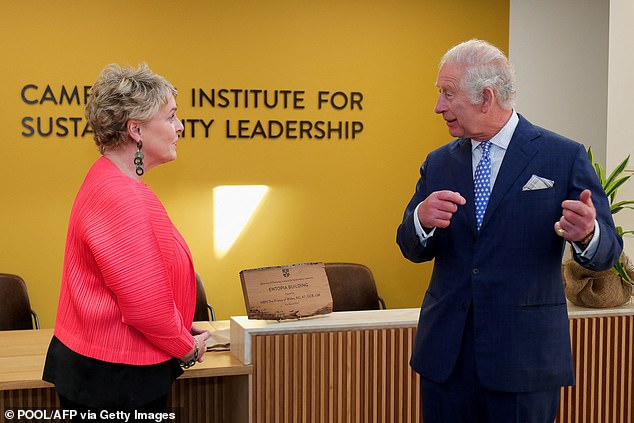 The 22-year-old, who is studying for a masters in machine learning, continued: “He was really knowledgeable, quite humorous too.

“He made me laugh, it was quite fun talking to him.

“He knew a lot about the estate and he would tell some of his anecdotes about my estate.

“It’s good that he was very kind to the conversation.”

At the university’s Whittle Laboratory, Charles was joined by Business Secretary Kwasi Kwarteng.

Mr Kwarteng said it was ‘fantastic’ to accompany the prince on a visit to ‘one of our country’s great centers of learning to learn about some of the amazing new zero-emission technologies currently in the pipeline. development course at the world-class Whittle Laboratory”. ‘. 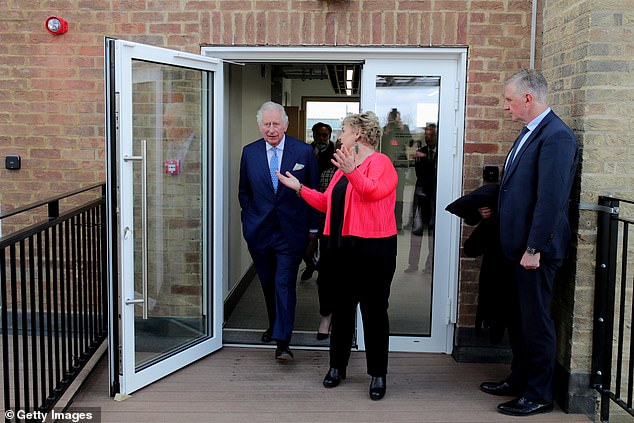 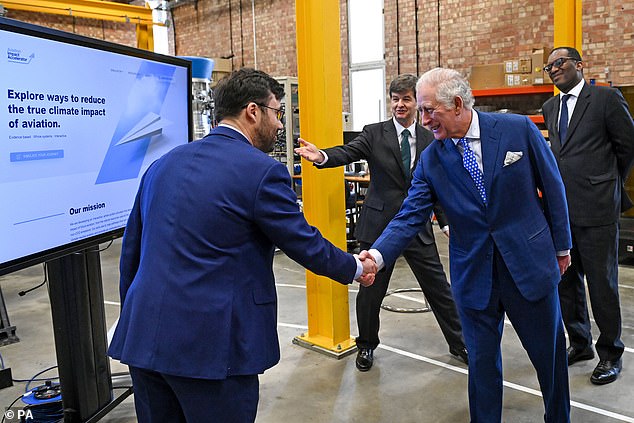 He added: “We are determined to seize the economic opportunities of the global transition to greener aviation technologies, which will help secure growth and thousands of jobs across the country.”

Professor Rob Miller, Director of the Whittle Laboratory, said: “Achieving a climate-neutral aviation sector is one of society’s greatest challenges.

“Solving it will take a complex combination of technology, business, human behavior and politics.

“We have assembled a world-class team of academics and industry experts to meet this challenge.”