More and more small houses are coming to the YK Delta thanks to pandemic relief funds. But are they a good idea? 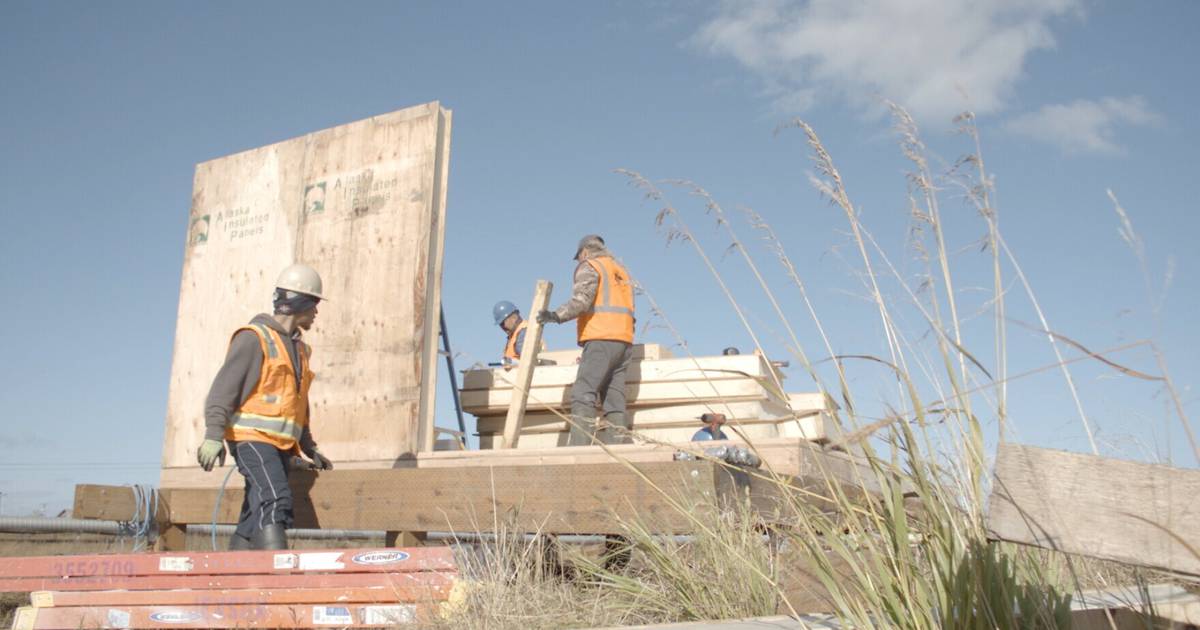 This story was originally posted by KYUK Public Media at Bethel and is reprinted with permission.

The U.S. Department of Housing and Urban Development (HUD) recently announced nearly $7 million in funding for Aniak, Atmautluak, Napaimute, Newtok, Quinhagak, Toksook Bay, and Tununak to begin construction of 25 new homes this year. The funding comes from federal coronavirus relief funding, which has brought a huge influx of money to Alaska for tribes to build homes.

Since these grants are tied to coronavirus relief funding, tribes must use homes as isolation or quarantine units, at least initially.

“And then, you know, later when COVID is finally over, you can use them to reduce overcrowding in your communities, because that’s a major problem in rural Alaska,” Stuckey said.

About 40% of homes in the Yukon Delta are either overcrowded or severely overcrowded. According to a statewide housing assessment, more than 2,400 homes need to be built to address this issue.

Almost all of the homes that will be built in the YK Delta with these HUD grants will be small homes. They will be smaller than 500 square feet, with the kitchen, bed, and living space in the same room. There will be a separate bathroom, but no separate bedrooms.

Tiny houses have been all the rage in recent years, often touted as an answer to affordable housing. But are they well suited to a region where households are, on average, 50 to 80% larger than the national average?

The Yukon-Kuskokwim delta has already experimented with small houses. The non-profit organization, Coastal Villages Region Fund, built one in Eek in 2018. The organization says it will no longer do so.

“We’ve found that people need more space than a small house with the number of people in the family,” said Oscar Evon, regional business manager at CVRF.

Evon said there were other problems with tiny homes, such as banks not funding mortgages for them. CVRF originally planned for homeowners to buy small houses through mortgages, which would have opened up another route to home ownership in the villages of the YK Delta. Most are currently built and paid for by the regional housing authority or by grants. After moving away from smaller homes, CVRF is now building more traditional three- to four-bedroom homes, which Evon says banks fund mortgages and better meet the needs of families.

“A bigger house gives a family more space to raise their family and sometimes even their extended family,” Evon said.

Some of the tribes that have recently received a HUD grant to build tiny homes have come to the same conclusion. Toksook Bay received $1,035,000 to build five small houses, but Tribal Administrator Robert Pitka Sr. said Toksook Bay would prefer to build larger houses.

“We would choose a two-bedroom house instead of a small house,” said Pitka Sr.

However, Toksook Bay applied for a grant and received funds to build small houses. Pitka Sr. said he believed the grant was specifically for small homes.

“The ICDBG (Indian Community Development Block) grant already had wording in there where it’s for small houses,” Pitka Sr said.

HUD’s ICDBG grant requirements suggest building tiny houses as a way to use grant funds, which may have been enough to convince tribes to include tiny houses in their grant application. Tununak, who also received a grant to build small houses, also said he would prefer to build houses with bedrooms.

Stuckey said HUD did not require applicants to build tiny houses or any particular type of housing, and did not favor applications that included tiny houses. For example, Newtok received the same grant to build three three-bedroom houses.

“It’s self-determination. The tribes decide, the tribes are going to tell me what they’re going to build,” Stuckey said.

If tribes like Toksook Bay decide they prefer to build bigger houses, they will be able to do so. HUD spokeswoman Vanessa Krueger said tribes can submit an amendment to their grant application.

In Toksook Bay, Pitka Sr. said new homes, whether tiny or not, will make a big difference to families currently living in old, unsuitable homes.

“They are moldy. They are cold. They are rotten. They have no water and sewage system. Some are even smaller than tiny houses. And at least a brand new little house would make it 100% better,” Pitka Sr. said.

Pitka Sr. said those families could move into their new homes later this year.