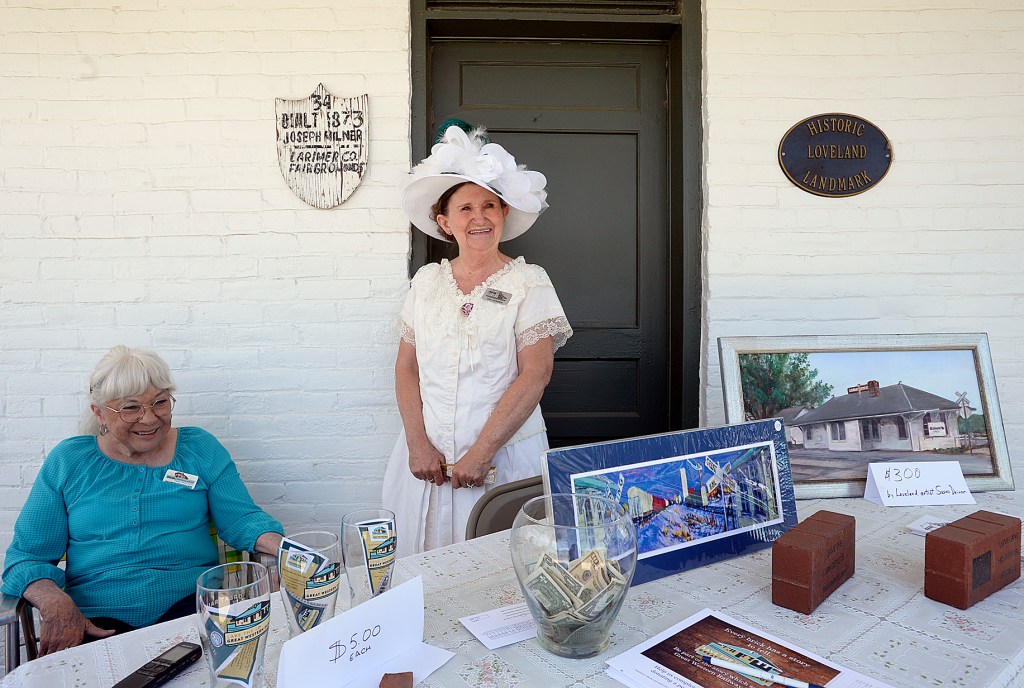 The Great Western Sugar Company occupies an important place in the history of northern Colorado, and more so in that of Loveland.

But two of the last visible remnants of that history – the Great Western Railway’s passenger and freight depots – are under threat from redevelopment.

For much of the last decade, the Loveland Historical Society worked to save the white clapboard buildings near 10th Street and Monroe Avenue by moving them from the railroad to city property, but it is an expensive proposition.

The estimated costs for the assessment, hazmat abatement and relocation of the two structures is close to $100,000.

On Thursday, LHS kicked off a commemorative brick sale as part of its latest effort to raise the necessary funds.

“We want this history to be preserved because if it’s gone, it’s gone, you can’t get it back,” LHS President Teri Johnson said at the first public brick sale at the Milner-house. Schwarz. “We want to make sure he’s saved.”

The bricks are $50 each and will be listed with the buyer’s choice of wording. They will then be placed on the new site during the renovation of the depots.

Bill Smith of Loveland stopped by to buy a brick in honor of his late father, a longtime employee of Great Western Sugar who worked in many of the sugar towns that dotted the eastern plains of Colorado.

Ironically, the many moves never brought Smith’s family to Loveland, the site of Great Western’s first sugar mill, which opened in November 1901. In 1902, the conglomerate launched its own railway and opened the Loveland passenger depot.

“There are so many connections that everyone has with sugar in Loveland,” Johnson said.

According to Johnson, the company is halfway to its fundraising goal of $86,000. Much of this comes from various fundraising campaigns, including the Rail Ale collaboration between Loveland brewers in 2021.

They also received a significant amount of private donations, including a large one from an organization of German-Russians in Windsor.

“So many Germans from Russia came here to work with sugar beets,” Danhauer explained. “And they were so thrifty that they quickly bought their own land and started growing sugar beets to sell to the factory.”

LHS also recently received a $15,000 matching grant from the Boettcher Foundation, in recognition of Great Western Sugar founder Charles Boettcher’s role in bringing sugar to Loveland. The company has until November to raise the funds.

LHS will hold additional brick sales at the City Farmers Market in Old Fairgrounds Park on June 26, August 28 and September 25. It will also be sold at the Cherry Pie Festival on July 16.