In 1945, 77 years ago, US Army soldiers reached Nazi concentration camps and freed the surviving Jews. The survivors had barely escaped the Holocaust, where six million Jews – men, women and children – were massacred in camps like Auschwitz and Buchenwald.

In 1948, Israel was formed as a direct result of the horrors inflicted on the Jews by the German Nazis, both before and during World War II. It remains the only free democracy in the Middle East. 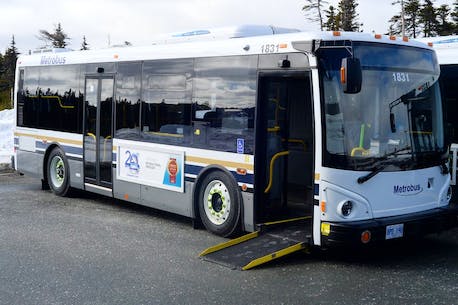 Have we reached the point of historical ignorance where advertisements are tolerated on buses in Newfoundland that advance allegations that Israel is committing apartheid, an exclusionary practice that by definition smears those accused of apply it?

Two famous Jews deserve mention in closing: 22-year-old US Army Sergeant Henry Kissinger was among those who liberated Germany from the Nazi regime in 1945 and witnessed the atrocities Jews who remained after his family was able to escape while he was in prison. a teenager.

Second: Montreal Jew Leonard Cohen wrote the song “First We Take Manhattan.” Adapting his ominous words somewhat, I suggest that the quest in 2022 may have become this: we take Saint John first, then Ottawa, then we take Jerusalem.

SaltWire Network welcomes letters on matters of public interest for publication. All letters should be accompanied by the author’s name, address and telephone number so that they can be verified. Letters may be subject to change. The opinions expressed in letters to the editor of this publication and on SaltWire.com are those of the authors and do not reflect the opinions or views of SaltWire Network or its publisher. SaltWire Network will not post letters that are defamatory or disparaging of individuals or groups based on their race, creed, color or sexual orientation. Anonymous, pen-named, third-party or open letters will not be published.

In 1896, black readers accused the Washington Post of bias