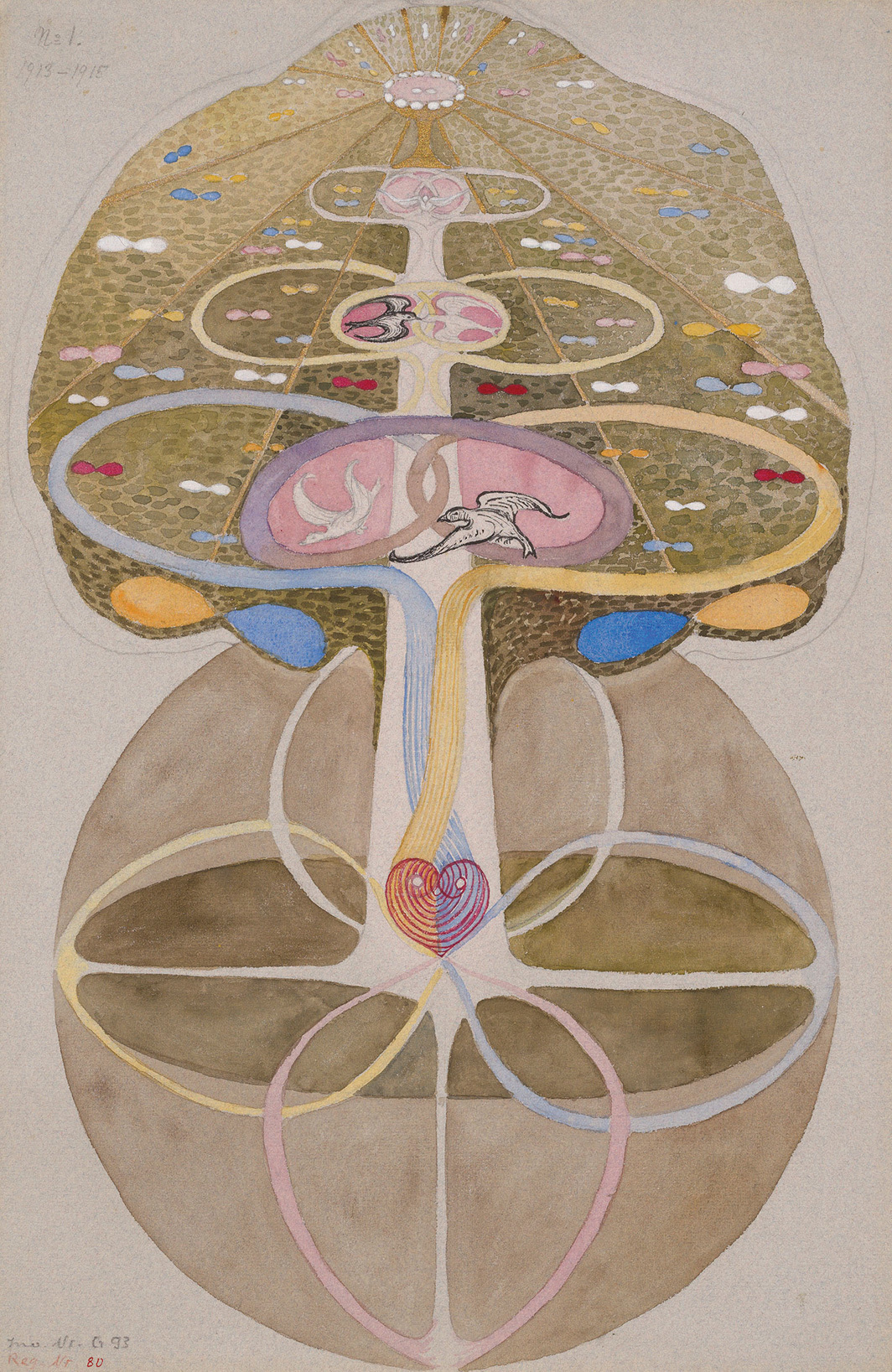 Hilma af Klint’s bright and far-sighted output never fails to illuminate. She believed that her art would only be understood by people from the future. Perhaps that’s why his 2018-2019 retrospective at the Solomon R. Guggenheim Museum in New York was the institution’s most attended exhibition. never. Miraculously, af Klint (1862-1944) always had more to give. Consider the eight delicate drawings from the Swedish artist’s 1913-15 “Tree of Knowledge” series, a recently unearthed body of work that made a rare public appearance in David Zwirner’s tony space in the Upper East Side of Manhattan. An inscription on the back of an image indicates that each piece should be “considered as a prototype of a new period”. This idea came through like a bell in the show, which offered an unexpected development in the mystic’s story – a wonderful reveal of a vast body of work that many of us thought we already knew.

Af Klint produced these works as she completed her first large group of biomorphic and geometric abstractions, “The Paintings for the Temple”, 1906-1915, a hypnotic series of 193 canvases, which the artist produced between the ages of forty-four and fifty-three, which were generated in part by his spiritualist practice as a medium. In 1908, Rudolf Steiner, the head of the German Theosophical Society, visited af Klint in his studio in Stockholm, where he saw some of the first paintings of the “Temple”. Thus began a lasting association: in 1920 the artist became a life member of the Anthroposophical Society, which Steiner had founded in 1913. Af Klint made two series of drawings of the “Tree of Knowledge”, presenting one as a gift to Steiner for the Goetheanum, the seat he had designed for the Anthroposophical Society in Dornach, Switzerland. (The artist studied there intermittently between 1921 and 1930.) Steiner’s cache landed in a private collection around 1927, and in Zwirner it was to be sold to a public institution (anything less would be criminal). The other set is owned by the Hilma af Klint Foundation in the Swedish capital.

Made in watercolour, gouache, ink and graphite on sheets of paper measuring approximately eighteen by twelve inches, most of the drawings present the outline of a tree-like shape haloed by two spherical objects: one representing the terrestrial sphere, the other the divine sphere. . The orbs are united by a long vertical spine – the trunk of the tree – descending down the center of each work. In Tree of Knowledge, No. 1, a red and purple heart sits at the bottom of the plant shape. Like a germinating seed, the form sprouts blue and yellow veins, producing a looping circulatory system that runs up and down the tree. All rooms exude a geometric Art Nouveau vibe and enact Klint’s idiosyncratic patterns and symbolism. For example, blue and yellow represent femininity and masculinity respectively – two harmonizing aspects that the artist believed every human being possesses.

There was, of course, an allusion here to “the tree of the knowledge of good and evil” – one of two specific trees, along with the tree of life, named in the biblical story of the Garden of Eden of Genesis 2:3. Still, I didn’t sense Klint arguing about ethics or morality in these works, even though apocalyptic anxieties and fear of the outbreak of World War I must have been on his mind. Instead, she once again provided shelter from the storm by emphasizing grounding and grounding herself in utterly baseless times. Works such as tree of knowledge No. 3, 4, 5and 6 produce a variety of colors and lines that is so open, fantastical and joyful that I left the show believing that af Klint was truly telegraphing a more sustainable and equitable future for all of us: a “new period” of spiritual consciousness whose we all need it now more than ever.