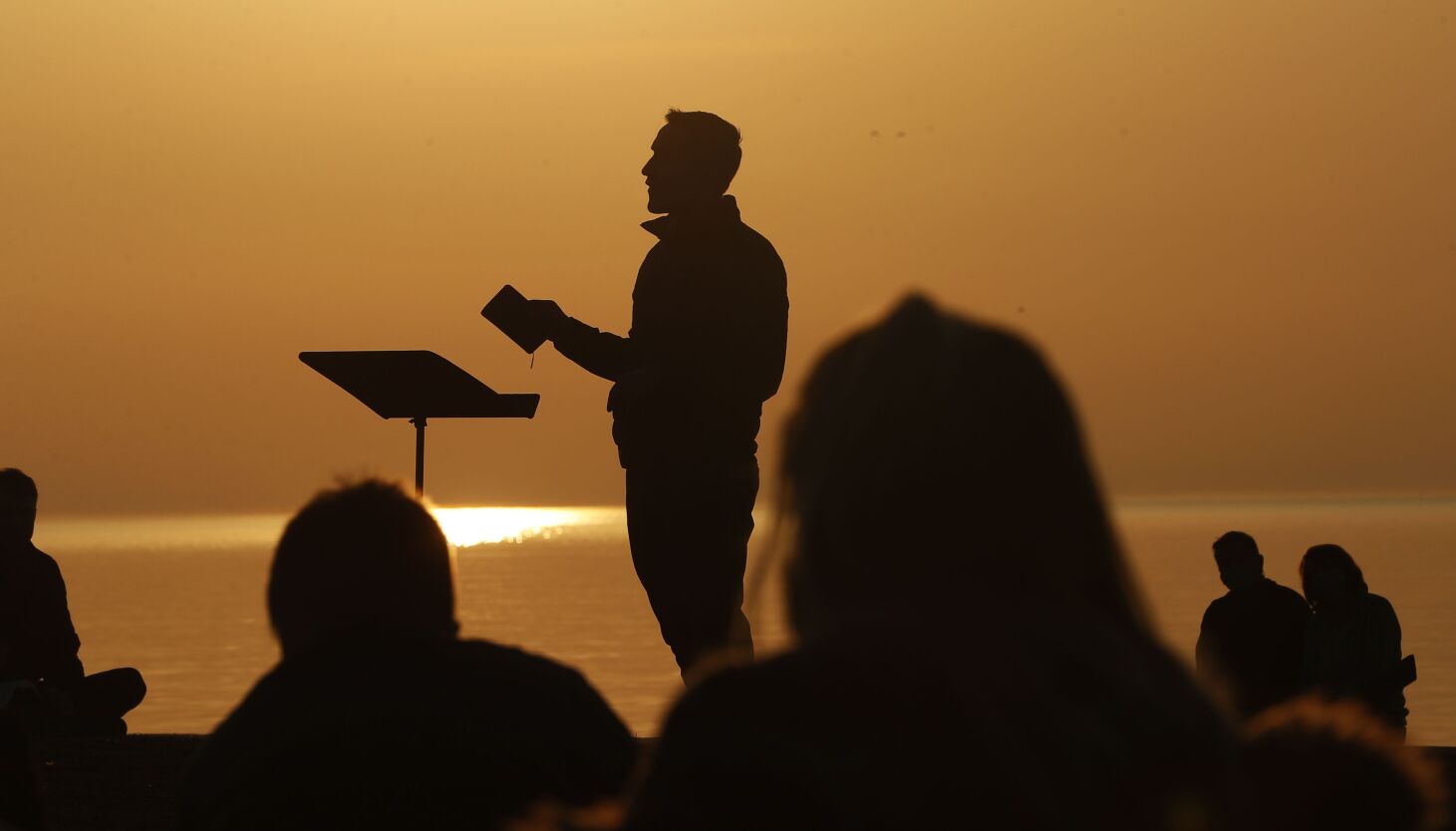 This article was first published in the State of the Faith Newsletter. Sign up to receive the newsletter in your inbox every Monday evening.

Eboo Patel plans to overhaul the country’s approach to religion. And his mission begins with giving his organization a new name.

For the past 20 years, Patel’s work has unfolded under the Interfaith Youth Core banner, a name that reflected his team’s focus on issues facing colleges and universities. From now on, they will be known as Interfaith America and will work to improve society as a whole.

“Our work on campuses will continue and grow. And we will add to that interfaith work in health, technology, racial equity…government agencies and private businesses,” Patel, the organization’s founder and president, said during a briefing. a launch event on May 10 in Washington, DC.

In announcing the new name, Patel pointed out that the phrase “interfaith America” ​​gives a vision of what the country could be. He and his team are calling for some sort of national rebranding, an embrace of religious diversity.

Part of this effort will include the introduction of the term “Jewish-Christian nation” to usher in “interfaith America.” The former served a valuable purpose in the mid-twentieth century, Patel said, but it no longer serves us well today. .

During our interview, I asked Patel to elaborate on what the future will look like if Interfaith America is successful. Here’s what he told me about his organization’s plans to build a “potluck nation.”

Kelsey Dallas: Can you summarize what this name change means for your organization?

Ebo Patel: For 10 years, we have focused 90% of our energy on university campuses and higher education. Now we will significantly expand our programs in the areas of technology, racial equity, health and business, while also expanding our work on college campuses with student leaders.

We believe that religious diversity and interfaith cooperation are relevant to virtually every aspect of American life. We want to be the vital civic institution that stands up and takes responsibility for helping the United States become an interfaith America.

KD: This change comes at a time when many religious organizations are in decline. Is there room for religious people?noin Interfaith America?

PE: Yes, and there always have been. From the beginning, atheists, agnostics, spiritual seekers and others have had a place at the table of our programs.

KD: You talked about “Judeo-Christian America” as a kind of branding that helped reduce anti-Semitism and anti-Catholicism. Do you hope the phrase “interfaith America” will work the same way?

PE: The term “Judeo-Christian” is not particularly historically or theologically accurate when applied to the American context. But it is a brilliant civic invention that has broadened the country’s understanding of itself and reduced anti-Semitic and anti-Catholic fanaticism.

Now that America’s demographics have shifted again — there are as many Buddhists and Muslims in the country as there are Lutherans — it’s time to write the next big chapter in American religious history. And we think “Interfaith America” ​​is the right title for this chapter.

KD: How will we know when the idea of ​​interreligious America has caught on?

Fresh off the press

Does the Religious Freedom Act give you the right to an abortion?

Started in the late 1960s, the Clergy Abortion Counseling Service connected religious leaders across the country who felt a denominational call to help women obtain abortions. The service offered referrals to abortion providers, pastoral counseling and other forms of support. He also played a consumer advocacy role, collecting reviews of abortion clinics, as well as price information.

“By 1973, approximately 1,400 clergy across the country had helped what is estimated to be hundreds of thousands of women access safe abortions,” The Atlantic reported in a 2016 Clergy Consultation Service article.

Deseret News reporter Kyle Dunphey spent part of April in Poland learning about the plight of Ukrainian refugees and those trying to help them. His latest article on the trip focuses on the work of religious organizations and individuals.

I couldn’t believe what I read in Christianity Today’s in-depth look at the savage history of Tennessee’s ban on clergy serving in the state legislature.

Jon Ward, chief national correspondent for Yahoo! News, wrote an essay for Christianity Today about how being a journalist made him a better Christian. “I have been free to listen, to consider, to agree or disagree, and to follow the direction indicated by the evidence on each issue. In this regard, I feel paid to go in a Christian direction – a leadership that stays clear of arguments motivated by ideology or group affiliation,” he wrote.

In my time on Faith Beat, I really enjoyed working on a few stories at the intersection of religion and disability rights. It’s no wonder a new book on disability justice in churches caught my eye.

Are you fans of “Legally Blonde”? If so, I invite you to read this essay on the moral universe of the film.

Battle of the Wings, Long Island Medium, Film Festival: 13 Things to Do in CNY This Weekend