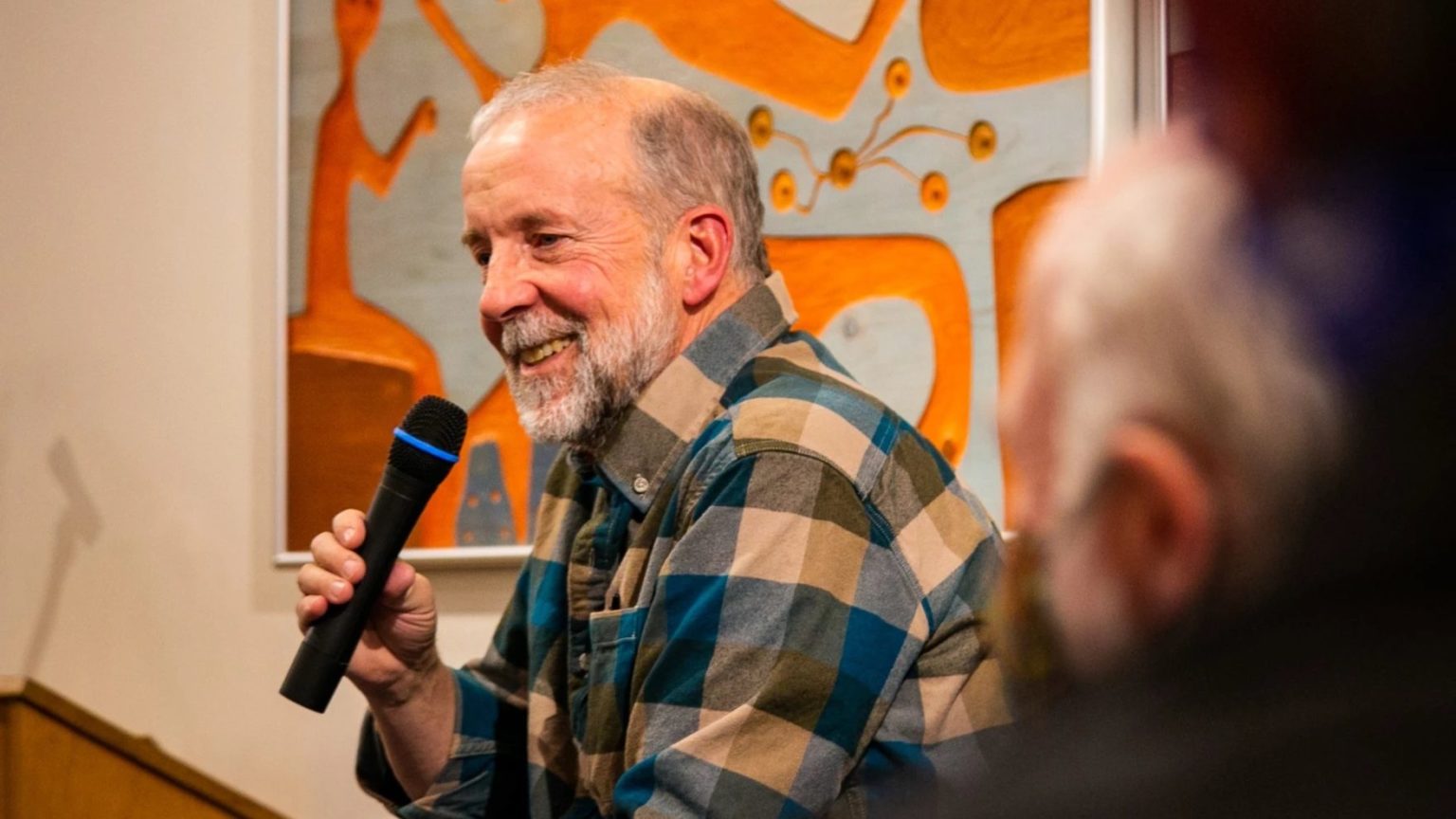 A Homer resident has been named the 2022 Historian of the Year by the Alaska Historical Society.

Tom Kizzia is a journalist and author who came to the Kenai Peninsula nearly five decades ago. He spent three years at the Homer News in the late 1970s before joining the Anchorage Daily News, where he worked for 25 years.

He has written about everything from the history of the Kenaitze Indian tribe to the failed effort to bring Jewish refugees to Alaska before World War II to the cowboys at the head of Kachemak Bay. He is also the author of three books, including “The Wake of The Unseen Object”, “Pilgrim’s Wilderness” and, most recently, “Cold Mountain Path”.

KBBI’s Hope McKenney sat down with Kizzia on Tuesday to discuss her writing, inspiration, and what’s next.

Tom Kizia: One of the things that made Alaska really exciting for me, right out of college where I was sort of majoring in American studies and history and American literature, was that everything was so new and fresh, and all these big decisions were being made that had been made in other states. It seemed like if I was a reporter in another state, I would be in a group of reporters trying to cover some additional decisions. And here huge decisions were being made, and there were no other journalists around to write about it. So I really felt like it was a historical moment that I was writing about. And it was with a sort of sense of this sweep of history that I was looking at – the native land claims and the building of the pipeline and the creation of all the national parks here. All these things that were happening in the 70s when I came here. It was a really exciting time, the creation of the Permanent Fund, limited entries, huge decisions, and I felt like history was being shaped.

And so, you know, there’s this cliché about journalism, that it’s the first draft of the story. I really felt like I was writing almost as a historian, or providing information for future historians. So I’ve always had that interest. And then over time, as I started to realize, even though it’s a new state, it has a rich, deep past, and I would find stories in that past to start telling. So while I was looking for good stories to tell, some of them belonged to the past. And these are the ones that I liked to dig up and I had the indulgence of the newspapers to let me do that.

Hope McKenney: So you just received the 2022 Historian of the Year Award from the Alaska Historical Society. Why did you receive this award? Tell me a bit about “Cold Mountain Path”, and also about your journalism in Alaska that led to this moment?

Tom Kizia: Well, you know, my previous book was the one about the Pilgrim family, “Pilgrim’s Wilderness.” And it was at McCarthy, in the early years of this century. And I had included a few chapters about how we got here in McCarthy, kind of a ghost town decade, which made my first draft of this book, and my editor in New York thought that was slowing down the momentum family history, which was kind of a page-turner. And so they made me boil it down to a page or two. So I pulled this information out, I kind of wanted to find him a home. And when I read those deleted chapters in McCarthy, when I had a public reading, everyone wanted to know more. So I undertook to do a second book about those ghost town years. And that was the origin of the “Cold Mountain Path” project. And it was a bigger project than I expected. But it was, you know, a local story, but it was a locality that had all these sorts of mythical overtones, and so I tried to work some of that into the book as well. And it was really great.

You know, we just published it last year, it was published by Porphyry Press, which is a publisher out of Alaska, just starting out there. And the welcome was great. And I think the book seemed to capture for people something about ancient Alaska that comes through in our own memory. And one of the reasons I was drawn to the story was that it was a recent enough story that I could still interview people and use my journalistic techniques to write about the story. I didn’t have the secondary sources that we usually have, I was digging everything myself. It was great, great fun and a great challenge.

Tom Kizia: I do not know. I think one way is that I had developed as a journalist a sense of storytelling, and I was trying to find stories that would have kind of, you know, their own page-turning drama, or at least stories that would transport you to the thumb column of the newspaper page. And then I wanted to take that storytelling quality and apply it to the story. A kind of narrative history as opposed to something that was sort of a dry collection of facts.

Hope McKenney: And so, you have almost five decades of experience as a journalist in this state. You have written three books, now you have received the Historian of the Year award. What’s next for you?

Tom Kizia: What does all this mean? I do not know. I have a lot of things that I want to write. And so a lot of things I still want to write and I’ll do my best to get those things done. But I don’t have a big plan at this point. You know, I think when I came here to work at the Homer News, I thought I was going to write the great American novel. And I don’t feel a great compulsion to attempt that at this point. But maybe I’ll surprise everyone or surprise myself and go in that direction.

Bread of Life, Inc. partners with the Quest Diagnostics Foundation and local community partners to improve access to healthcare and create employment opportunities for underserved communities