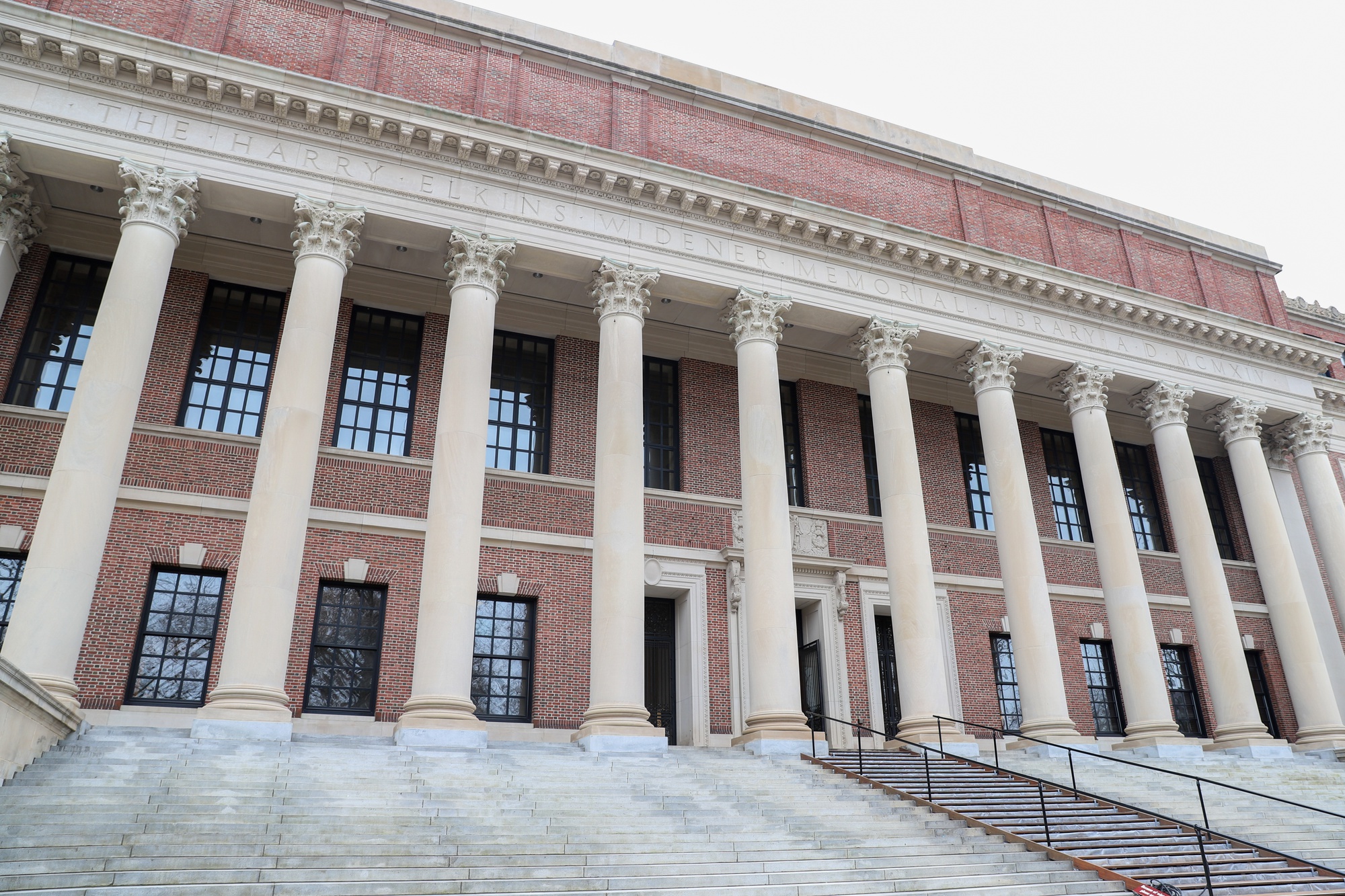 Harvard Hillel held a memorial service on the steps of the Widener Library on Thursday in observance of International Holocaust Remembrance Day.

Holocaust Remembrance Day marks the anniversary of the liberation of Auschwitz-Birkenau concentration camp in 1945 and honors the lives of the millions of Jews and civilians who were killed. In his service, Hillel commemorated the life of Ita Warmund, a victim whose name was chosen from the database of Yad Vashem – Israel’s official memorial to the victims of the Holocaust.

In his speech, Steinberg, executive director of Hillel, stressed the importance of remembering those whose lives were lost in the Holocaust.

“There is hardly a family represented here that has not been touched in some way by the Sho’ah – by the Holocaust – who does not have a wound, which is often a gaping hole, an absence,” Steinberg said.

Despite the loss and tragedy of the Holocaust, Steinberg said it was still important to work toward a “world of unity.”

Harvard Chabad Rabbi Zarchi said in his remarks that revealed knowledge of the Holocaust alone does not guarantee moral choices.

“Today we light a candle for souls with a candle of truth,” Zarchi said. “And perhaps that is what veritas teaches us – that there must be truth in our knowledge and in our wisdom to ensure that this knowledge leads to morality, to ethical living and to ethical choices. “

Addressing the crowd, Khurana said ‘remembering’ is one of the ‘most important human acts’ and stressed the importance of sharing the stories of Holocaust victims, especially with younger generations. .

“Their stories are an essential part of our common humanity, and those who are one, two or three generations apart are committed to understanding these horrific events and telling the stories to the next generation,” he said. . “The Holocaust not only altered the contours of world history, it also shattered the lives of countless families around the world.”

Khurana condemned anti-Semitism, citing the Texas synagogue hostage crisis and the harms of remaining silent in the face of oppression.

“We must not forget the lessons of the Holocaust and the dehumanization it depended on,” Khurana said. “And we must not forget that it is up to each of us, as humans, to decide whether to perpetuate good or evil in the world or remain indifferent.”

Hillel’s memorial was also intended to raise funds for The Blue Card, a non-profit organization that provides financial, emotional and physical support to Holocaust survivors in the United States.

The service ended with a reading from “El Male Rachamim” – a Jewish memorial prayer – by Noa D. Kligfeld ’24.

“May their memory endure, inspiring truth and loyalty in our lives. May their souls be bound by the bond of life. May they rest in peace. And let’s say “Amen,” Kligfeld recited.

IMSA salutes its history by renaming LMDh to GTP

Minutes of the Combined General Meeting of 28