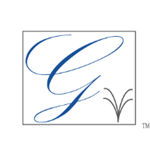 OSAGE BEACH, Mississippi, June 30, 2021 (GLOBE NEWSWIRE) – Guess & Co. Corporation is pleased to announce that Kevin J. Kline has been appointed Special Advisor for Compliance and Risk Management. Kevin J. Kline is a shareholder and special advisor to Guess & Co. Corporation. Mr. Kline retired from the Federal Bureau of Investigation as a deputy special agent in charge of the New Haven, Connecticut division. He managed more than 175 employees in this field office and oversaw the division’s national security, intelligence and administration programs. Prior to overseeing the FBI office in New Haven, Mr. Kline was an inspector at FBI Headquarters in Washington, DC, where he was responsible for conducting compliance audits of FBI field offices and working closely with the Director of the FBI. FBI. While at FBI Headquarters, he created and implemented a new method for evaluating the performance of FBI executives. Prior to working at Headquarters, Mr. Kline was the on-scene commander in Afghanistan for the Counter-Terrorism Division of the FBI. Prior to his international assignment, Mr. Kline was Deputy Special Agent in charge of the Boston, Massachusetts Division. While overseeing the Boston division, Mr. Kline managed over 225 employees and established joint task forces for terrorism investigations. He also led the team to locate, apprehend and secure the conviction of an organized crime fugitive in Boston. As a special supervisory agent for the Newark Division in New Jersey, Mr. Kline led the investigation into the 9/11 attacks in New Jersey and United Airlines Flight 93. Mr. Kline graduated from Magna with a Bachelor of Arts in History and Education. Cum Laude from Canisius College. He holds a Juris Doctor from the Albany Law School of Union University. Mr. Kline works closely with members of the management team and our Board of Directors to ensure effective compliance and risk management for Guess & Co. Corporation. In addition to Guess & Co. Corporation, Mr. Kline is COO of The Aggeris Group, LLC, an investigation and security company. â€œWe are delighted to have Mr. Kline as a trusted advisor to the management and board of directors of our company. His many years of experience as a Senior Federal Law Enforcement Officer are essential to our compliance and risk management programs, â€said Jerry D. Guess, President and CEO of Guess & Co. Corporation.

A photo accompanying this announcement is available at https://www.globenewswire.com/NewsRoom/AttachmentNg/328b1625-43d1-4881-bf20-e35f77bacb2f

Coronavirus: What’s Happening in Canada and Around the World on Wednesday