Exxon Mobil headquarters in Las Colinas is up for grabs 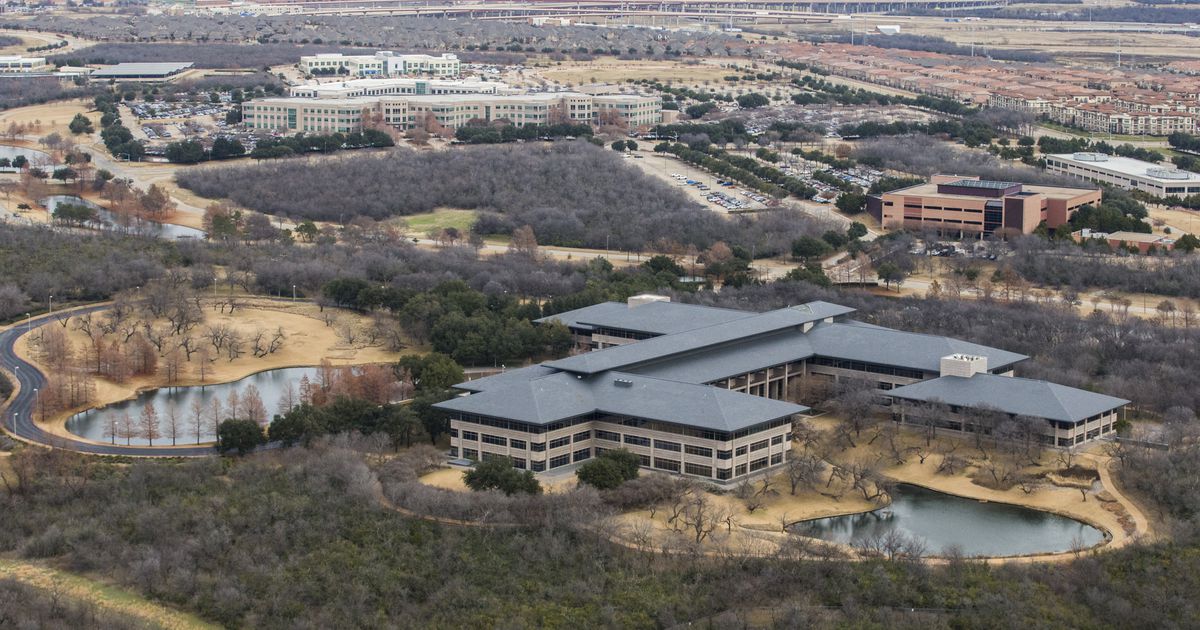 Oil giant Exxon Mobil, which recently announced it is moving its headquarters from Irving to the Houston area, is wasting no time bringing its Las Colinas office campus to market.

Built in 1996 after Exxon moved from Manhattan to North Texas, the 365,000 square foot office building faces a small lake and is surrounded by more than 200 acres of undeveloped land.

With the existing chic corporate enclave, the vacant property can be used for millions of square feet of mixed-use construction.

“This development-ready 290-acre parcel is conveniently located at one of North Texas’ most desirable addresses,” says JLL.

The darkly colored, low-rise headquarters are surrounded by trees and are barely visible from the nearby highway.

The office building is currently fitted out for 346 offices. The hotel has a coffee shop, dining room and fitness centre.

Exxon Mobil says about 250 people currently work in the building. These jobs are being cut or moved to Exxon’s huge new campus in suburban Houston.

It’s no surprise that Exxon chose JLL to market the Las Colinas headquarters to potential buyers.

Family Promise is looking for volunteers to help homeless families