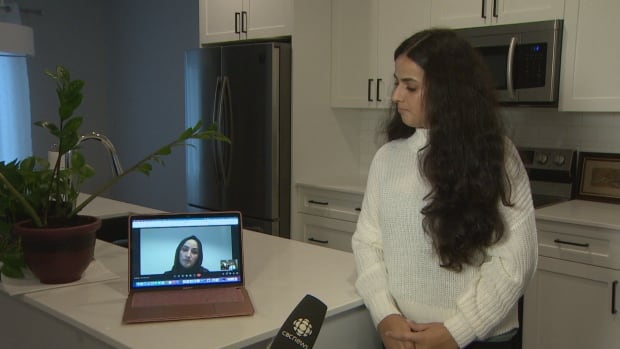 Two Edmonton sisters were unable to sleep or eat as they hope their family will be selected under an Afghan resettlement program announced by the federal government last week.

CBC News has agreed to identify them only by first name for the safety of their families.

Malali and Maska say their brother worked for NATO and the US military, which now puts him and the rest of the family at risk.

According to Malali, they have been in hiding for about two weeks.

“The whole family – my brother and my mother and my two sisters and four brothers – they all live in the same house. And all of their lives are in danger because of this brother who worked with the US military,” he said. she declared.

The Taliban seized power in Afghanistan last week as the United States and its allies withdrew their troops after a 20-year war.

The sisters have appealed to the Canadian and US governments for help, they said on Sunday. They received no response.

The women say they feel helpless to be so far away, knowing how their families in Afghanistan are struggling and knowing that supplies are running out – for their families and in the country in general.

Federal ministers provided an update on the situation in Afghanistan on Sunday.

Foreign Minister Marc Garneau said the government understands how desperate Afghans are to flee the country and Immigration Minister Marco Mendicino has vowed to speed up resettlements.

The Canadian military airlifted about 1,100 people – mostly Afghans – out of the country, Mendicino said. So far, 12 flights have left the country.