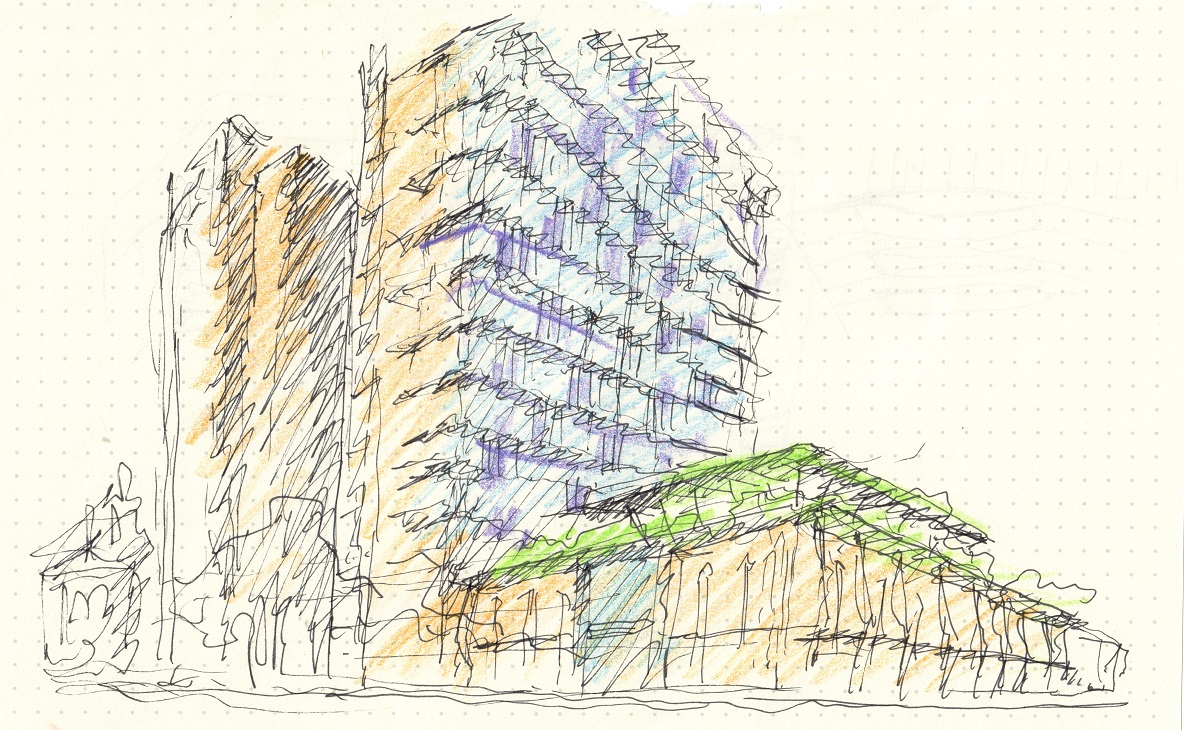 At its July 26 meeting, the City of St. Louis Preservation Council heard testimony regarding the proposed demolition of the Optimist International Headquarters building (s) located at 4490-4494 Lindell Boulevard in the Historic District of Central West End, where developers are looking to develop a 150-unit building.

The hearing was an appeal against the rejection of the demolition project by the Bureau of Cultural Resources. In 2013, the CRO commissioned a survey and appraisal of 2,300 Mid-Century Modern (1945-1975) buildings in St. Louis, 50 of which were deemed highly significant. The original part of the Optimist property, located at the corner of Taylor Avenue and known as the “Pavilion”, which was built in 1961 according to plans drawn by the famous St. Louis firm of Schwarz & Van Hoefen, was listed in the 2013 Survey as a High Merit Building that is individually eligible for listing in the National Register of Historic Places, and
was among the 25 most important of the 2,300 buildings studied.

Following lengthy testimony at the July 26 hearing, the question was put, first on a motion upholding Cultural Resources’ refusal, followed by a motion to allow the appeal and authorize the demolition, which was not passed. Both motions were tied up, and the matter was postponed for further deliberation at the next Preservation Council meeting on Monday, August 23.

Our aim is not to thwart new development activities, but rather to encourage a more sensitive design that would both preserve buildings of merit and contribute to the rich architectural heritage and distinguished character of Lindell Boulevard. and the center-west. Thus, the supporters of the preservation of the “Pavilion” proposed an alternative approach to the redevelopment of the Optimist site which would allow the corner building to be preserved by integrating it into the base of a new structure, while allowing the development of 150 apartment units in a new tower on the eastern part of the site. This suggestion was summarily rejected without consideration by the potential promoter.

The question boils down to the question of whether the well-documented justification supporting the preservation of the architectural heritage of Saint-Louis will prevail in this case, or will it be discarded to accommodate the development of a generic building of the type proposed? This important decision rests with the members of the Preservation Council. We think the answer is clear… the building must be preserved.

The Recorder – Regina Curtis is retiring as GCC executive. director of institutional promotion