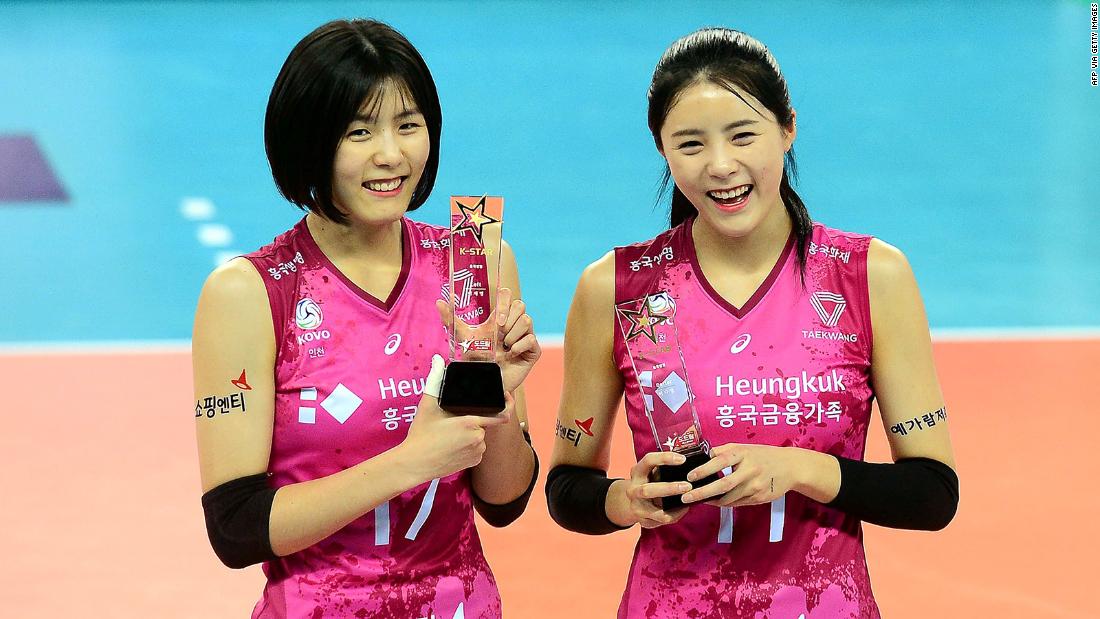 The twins enjoyed successful careers in volleyball, representing South Korea in international competitions, until they were anonymously accused of bullying former teammates at their school.

After the allegations surfaced in February, they publicly apologized on their Instagram accounts, which have since been deleted. Both also said they wanted to meet with their former classmates to apologize for their actions.

However, the twins said in a TV interview with Korean Broadcasting System (KBS) in July that they sued alleged victims for defamation because the allegations included “lies and false information.”

Jae-yeong and Da-yeong were released by the Incheon Heungkuk Life Insurance Pink Spiders club in June when fans protested the Pink Spiders’ attempt to put the sisters on the roster.

In February, the Pink Spiders confirmed they would suspend the pair indefinitely, while the Korea Volleyball Association (KVA) removed them from the national team ahead of the Tokyo Olympics.

With free agent status, the sisters chose to pursue their volleyball career in Greece.

The players needed KVA-issued International Transfer Certificates (ITCs) to transfer to an international club, but the association categorically refused, citing their own regulations that limit international transfers from those who have severely damaged the community of the volleyball or caused public controversy with “acts.”

“We told the International Volleyball Federation (FIVB) and the Greek team that we cannot agree with the [twins’] international transfer according to our rules that players who have caused public controversy cannot transfer internationally, “KVA told CNN.

The KVA said it had received two messages from the FIVB requesting a bank account number to receive the solidarity fee for the transfer of the twin sisters.

When South Korean volleyball players are transferred to an international club, the association receives 5-10% of the salary of the buying club.

“We did not provide our bank account information because we will not be receiving the fees,” the association said. “It’s not about the money.”

As the KVA maintained its position until the set deadline, the FIVB confirmed to CNN that it had formally issued ITCs for twins “in accordance with the procedures of the FIVB Sporting Regulations which allow approval of ITCs without the consent of the national federation “.

The KVA has also confirmed the transfer of Jae-yeong and Da-yeong to PAOK Thessaloniki. PAOK did not respond to CNN’s request for comment.

Visit CNN.com/sport for more news, videos and features
Turkish Sports Agency CAAN Sports Organizations describe the move is “historic”, adding that the twins will be the first Korean players to compete in the Greek A1 category.
However, one of the alleged victims said in a TV interview with Korean broadcast station MBC on Tuesday that she felt helpless about the sisters heading to Greece as the bullying scandal remains unresolved. Her face was not shown and her voice was altered to preserve her anonymity.
The South Korean public has also raged over the news. “Was it so hard to sincerely apologize?” a wrote on Twitter.
“Can we just forbid them to come back? They run away without even apologizing for the bullying at school,” he added. wrote.

Ukraine boldly goes where no NATO member has dared to go