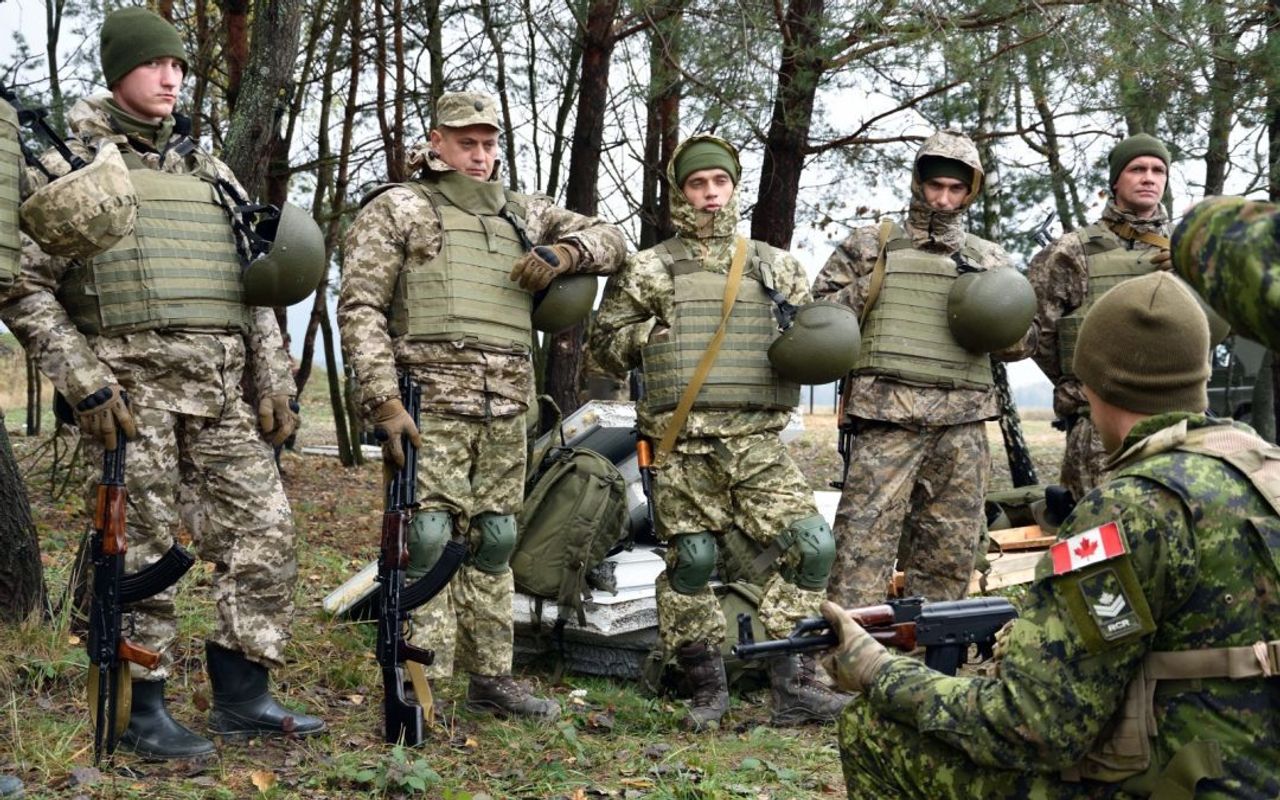 the World Socialist Website has spoken in recent weeks with workers who have denounced Russia’s reactionary invasion of Ukraine and the aggressive US and NATO war campaign against Russia. Contrary to the pro-war propaganda broadcast daily by the corporate-controlled media and the war fever that has gripped much of the middle class, working people across Canada have no enthusiasm for the aggressive warmongering of US and Canadian imperialism, which plays a particularly provocative role in the conflict.

CERSC was created by educators last year to fight for a Zero COVID policy.

“We unequivocally condemn the Russian invasion of Ukraine, which only produces destruction, death and divides the Russian and Ukrainian working class,” Lafrance said. “But we also oppose the provocations of the imperialist powers of NATO, which has extended to Russia’s borders in the three decades since the dissolution of the Soviet Union and has deliberately sought to incite the current conflict.

Lafrance’s message ended with an urgent appeal to educators and other sections of the workforce to join the fight against war and end the COVID-19 pandemic. “It is not only necessary but urgent to build an anti-war movement among school workers and the working class as a whole,” he said. “This is inseparable from a fight to eradicate the pandemic in the world. It is on these two fronts that our committee is working with determination alongside our supporters in the International Workers Alliance of Rank-and-File Committees (IWA-RFC).

“We call on teachers and school workers in Russia, Ukraine and elsewhere to form their own independent committees and join the struggle for socialism.”

Malcolm, a teacher from British Columbia, opposed the imperialist powers’ reckless push for World War III in a powerful contribution at a recent CERSC meeting.

“I have no interest and I actively oppose any involvement of the Canadian government, my government, in an armed conflict so that Ukraine can join NATO, an imperialist military alliance,” said Malcolm, who describes the war campaign against Russia as “power, control and geopolitical rivalry.

“The Ukrainian government is presented to the world as a kind of liberal and tolerant state, a beacon of democracy.

“But this is exactly the same playbook that the Western media deploys in every war campaign. Theocratic and fundamentalist mujahideen were portrayed as revolutionary supporters during the Soviet-Afghan War of the 1980s, the reactionary Kuwaiti monarchy portrayed as the modern equivalent of French Resistance fighters, the terrorist Kosovo Liberation Army as fighters heroes of freedom.

“It is always accompanied by propaganda of atrocities. In the run up to Congressional hearings of the 1991 Gulf War, a young woman named Nayirah heard testimony from a young woman who claimed to be a nurse during the Iraqi invasion of Kuwait and said she saw Iraqi soldiers entering his hospital, snatching babies from their incubators and leaving them on the floor to die. It was a lie, she was actually the daughter of the Kuwaiti Ambassador to the United States and was part of a campaign by the Kuwaiti government to sway public opinion. The media reported the allegations as fact, and Western leaders repeated them again and again to justify and cover up their true imperialist motives.

Malcolm concluded by drawing a parallel with the ruling elite’s support for war and its murderous politics during the pandemic. “The political establishment, media elites, economic moguls and investors have been telling working people for two years that they have to live with a virus that has killed millions of us,” he said. declared. “They didn’t become bleeding heart humanitarians overnight. The principle of profits before lives, increased access to markets and natural resources, the pursuit above all of continued economic profit is exactly the same principle guiding the response to the conflict in Ukraine. The fight for Zero COVID and international disarmament are one and the same, and this can only be carried by an international working class movement. In the face of threats of nuclear war and a pandemic that shows no signs of ending, the fate of the planet depends on us to build our movement.

The WSWS also spoke with a railway worker at CP Rail, where the company seized on the high commodity prices produced by imperialist powers’ sanctions on Russia and the disruption of supply chains during the pandemic to justify locking out 3,000 drivers and engineers to prevent a strike. . Railway workers had previously voted overwhelmingly in favor of a strike to fight for better wages and pensions, and an end to punitive and disciplinary regimes.

He said: “This [Russia-Ukraine] war is good for CP Rail. They are happy for it. Employees don’t ask for much, just basic things that are necessary for a reasonable life. CP is a multi-billion dollar company, and I see no reason why employees shouldn’t be treated with fairness and respect. But it’s ‘No, fuck you!’ then they are locked out.

The WSWS received many comments from British Columbia (BC). Will, a teacher from Vancouver Island, said, “I don’t agree with NATO’s expansion and encroachment on foreign soil. I disagree with all wars that are waged in the name of capitalism at the expense of the working class of all nations, including the current situation in Ukraine.

Andrew, a hospitality worker, said: “The discordant shift from pro-economic COVID coverage by government and media to oversimplified narratives about freedom and democracy regarding the conflict in Ukraine shows the power of a neoliberal private-public partnership to spread ruling class narratives and revelations about the cracks in the foundations of our so-called liberal democracies.

“Again, the working class is disproportionately affected by capitalist solutions to the crises of capitalist creation.”

Nella, an office worker in northern British Columbia, added, “I can’t believe all the so-called progressives are screaming Russian blood. The ruling class sat down and allowed hundreds of thousands of infections, possibly millions and thousands of preventable deaths, and now they want us to believe they’ve turned into humanitarians? Leave me alone. But what’s worse is the incredible stupidity of the liberal middle classes who bought it, hook, line and sinker.

“Why should I support NATO expansion? What do I get from Ukraine joining a Western military alliance, other than the threat of thermonuclear war hanging over my head? So far the only thing I’ve gained is a bigger gas bill. I’m old enough to know that we don’t care about freedom and democracy in foreign lands if it doesn’t meet our material interests.

A retired relative from British Columbia who wished to remain anonymous told us: “We did nothing when the United States invaded Iraq, we joined them when the United States invaded and occupied Afghanistan, we helped bomb Libya, we imposed killings of civilians and illegal sanctions on countries like Iran, Venezuela and Syria. As for the invasion itself, it is obviously illegal, just as the invasions of Iraq and Afghanistan were illegal. Without provocation, says the West? No. If you’ve paid attention to world events over the past few decades, you know Russia has been consistent. No NATO enlargement. Yet that is exactly what NATO has done and continues to do. Would the United States accept weapons of war on Mexican or Cuban soil?

He also noted the support of imperialist powers for far-right forces in Ukraine, commenting, “CTV had to apologize for airing two female Ukrainian soldiers wearing Nazi symbols. Is that the kind of people we support? »

An Ontario educator said: “In this warlike world that yearns for more destruction and more social inequality, I oppose the war in Ukraine orchestrated by NATO and its cronies, for example France , the United States and Canada. We are witnessing incredible misinformation about the origins and causes of this historic conflict.

“The working class must unite and oppose wars. All wars. As an educator, I have a moral and professional responsibility to make this situation known to my students and to guide them to learn more about this war and the struggle of the working class.

After three decades of wars led by the United States, the outbreak of a third world war, which would be fought with nuclear weapons, is an imminent and concrete danger.