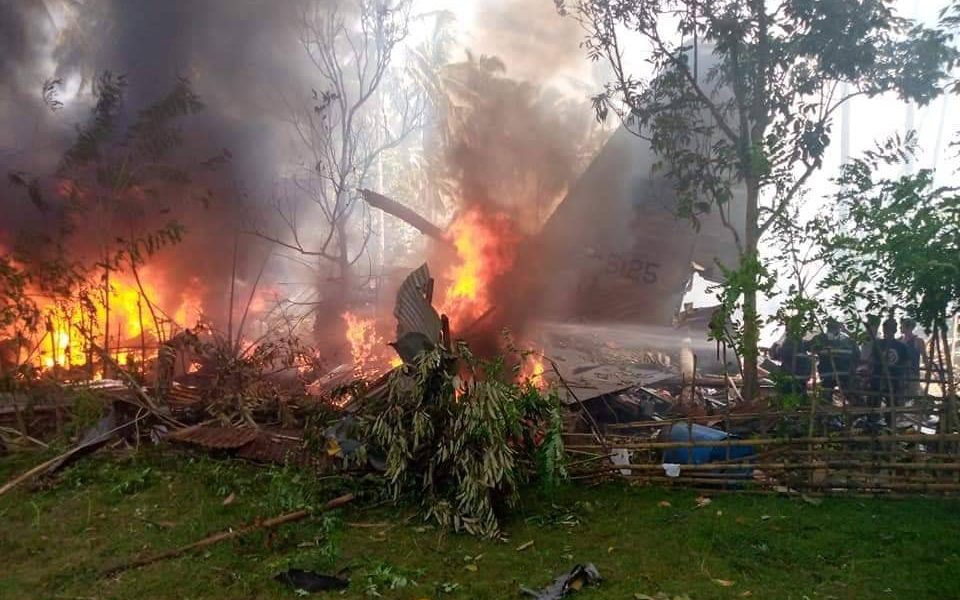 In an interview with reporters, Sobejana said the incident happened around 11:30 a.m.

Sobejana has not identified the runway but the closest and unique airport in the area is at Jolo.

Efforts are underway to rescue passengers from the ill-fated plane.

About 40 passengers were rescued and are currently being treated at the 11th Infantry Division hospital in the town of Busbus.

Defense Secretary Delfin Lorenzana said initial reports indicated there were 92 people on board, including three pilots and five crew members.

The rest were army personnel reporting for duty.

“So far 40 wounded and injured have been rescued and 17 bodies recovered,” Lorenzana said in a statement.

The PAF also confirmed the incident.

“A Philippine Air Force C-130 plane with tail # 5125 was the victim of an incident while landing at Jolo,” PAF said.

The plane took off from Villamor Air Base in Pasay en route to Lumbia Airport and then transported personnel to Jolo, PAF spokesman Lt. Col. Maynardo Mariano said.

The aircraft was one of two C-130Hs acquired with a grant from the US government. He arrived in the country on January 29 and was officially welcomed into the PAF fleet at Villamor on February 18.

The cost of acquiring the two C-130H aircraft had previously been estimated at PHP 2.5 billion, with the Philippines contributing PHP 1.6 billion and the United States contributing around PHP 900 million.

Capable of using unprepared runways for takeoffs and landings, the C-130 was originally designed as a personnel carrier, medical evacuation, and cargo aircraft.