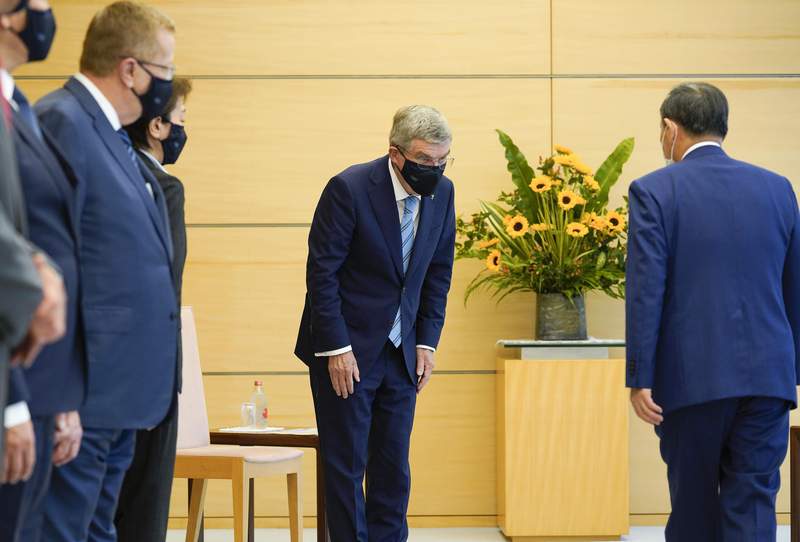 TOKYO – Tokyo on Wednesday reported its highest number of new COVID-19 cases in nearly six months, the Tokyo Metropolitan Government said with the Tokyo Olympics opening in just over a week.

The growing numbers came out on the same day that the President of the International Olympic Committee, Thomas Bach, paid a courtesy visit to Tokyo to Japanese Prime Minister Yoshihide Suga.

Suga and Bach both pledged that the Tokyo Olympics would be “safe and secure” despite the games opening with Tokyo and neighboring prefectures under a state of emergency imposed by the national government.

Tokyo reported 1,149 new cases on Wednesday. It was the highest since 1,184 were reported almost six months ago on January 22. It was also the 25th day in a row that cases were higher than they were a week earlier.

Suga asked Bach to make sure the Olympics are safe, especially for the Japanese public, less than 20% of whom are fully vaccinated.

“To gain the understanding of our people, and also for the success of the Tokyo 2020 Games, it is absolutely necessary that all participants take appropriate measures and measures, including countermeasures against the pandemic,” Suga said. to Bach. “As the host of the games, I hope that the IOC will make efforts to ensure that all athletes and stakeholders fully comply with these measures.”

Bach replied, “We would like to reaffirm our full commitment from the Olympic community to do everything, that we are not putting the Japanese people at risk.”

Bach told Suga that 85% of athletes and officials living in the Tokyo Bay Olympic Village will be fully vaccinated. He said nearly 100% of IOC members and IOC staff were “vaccinated or immunized”. The IOC also indicates that between 70 and 80% of international medical representatives have been vaccinated.

The IOC and Tokyo organizers last week banned fans from all venues in Tokyo and three neighboring prefectures. A few peripheral venues will allow a few spectators, and overseas fans were banned a month ago.

About 11,000 athletes and tens of thousands more will enter Japan for the Olympics. The Paralympic Games will add approximately 4,400 additional athletes.

Japan has attributed around 15,000 deaths to COVID-19, a low number by many criteria but not as good as most of its Asian neighbors.

The Olympic torch relay has also been taken off the streets of Tokyo, with the Tokyo government fearing the relay will draw crowds and spread the virus. The opening ceremony will take place on July 23 at the new $ 1.4 billion national stadium in Tokyo.

Bach is expected to travel to Hiroshima on Friday and his vice president John Coates to Nagasaki to use the two bombed cities as a backdrop to promote the Tokyo Olympics and the first day of the so-called Olympic truce.

The Olympic truce, a tradition of ancient Greece, was restored by a United Nations resolution in 1993.

Bach arrived in Tokyo last week and spent the first three days secluding himself in the five-star hotel the IOC uses for its headquarters in Tokyo.

The IOC is pushing the Olympics forward, despite opposition from much of the Japanese medical community, in part because it relies nearly 75% of its income on the sale of broadcast rights.

Copyright 2021 The Associated Press. All rights reserved. This material may not be published, broadcast, rewritten or redistributed without permission.