Bach from the IOC arrives in Tokyo; greeted by state of emergency 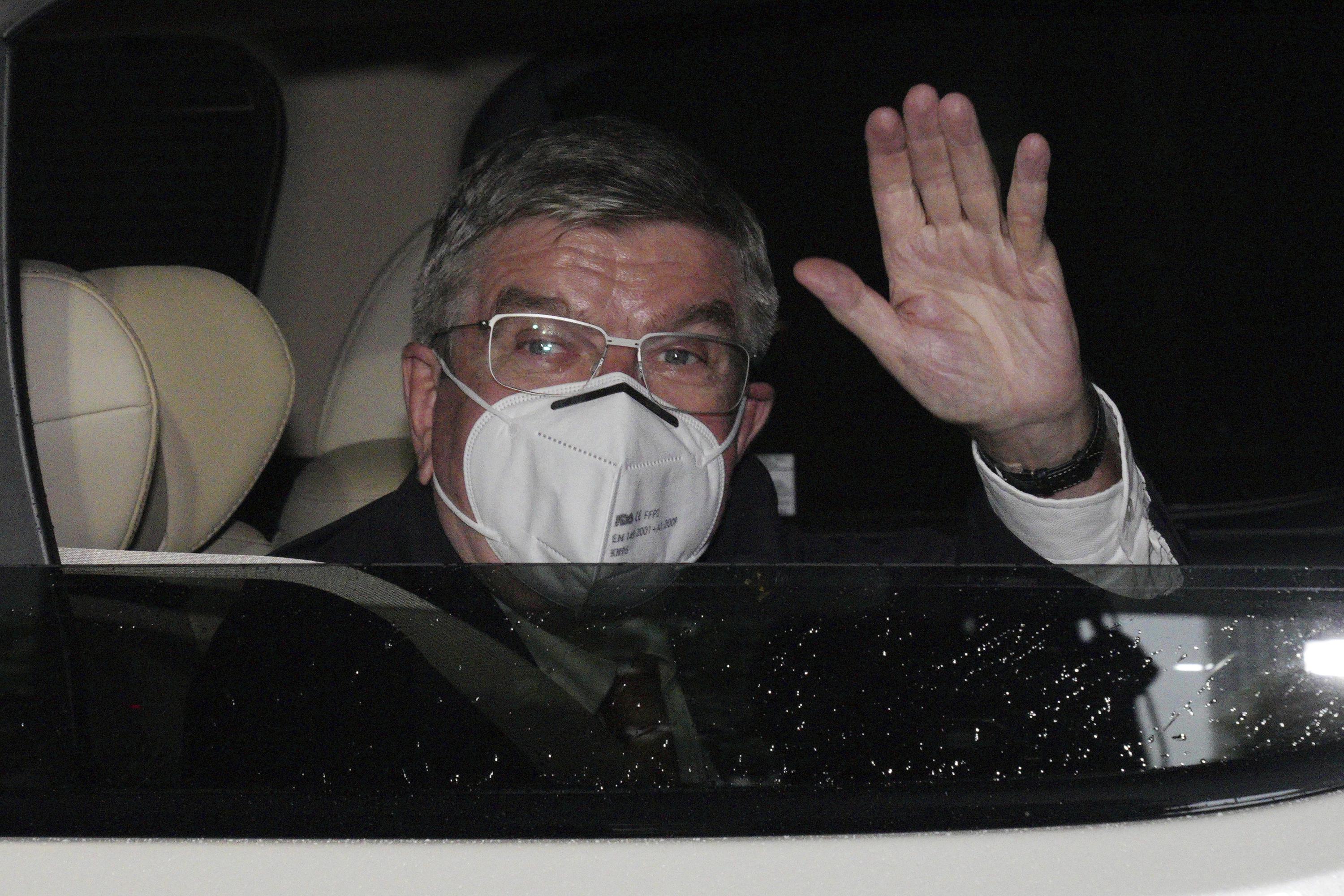 TOKYO (AP) – IOC President Thomas Bach arrived in Tokyo on Thursday to find Japanese Prime Minister Yoshihde Suga on the verge of declaring a state of emergency, which is expected to result in a ban on fans at the Olympic Games from Tokyo as coronavirus infections spread in the capital.

Bach largely avoided the cameras at Tokyo’s Haneda Airport and, on a rainy afternoon, made his way to the Games headquarters of the International Olympic Committee in Tokyo, a five-star hotel in the center of the city. He would need to self-isolate for three days.

Bach’s arrival comes just two weeks before the opening of the postponed Tokyo Olympics. The IOC and local organizers are trying to hold the games during a pandemic despite opposition from the public and the Japanese medical community.

In a meeting with medical experts Thursday, government officials proposed a plan to declare a state of emergency in Tokyo from next Monday to August 22. The Olympics are scheduled to start on July 23 and end on August 8.

The main focus of the emergency is a request to close bars, restaurants and karaoke lounges serving alcohol. Banning the serving of alcohol is a key step in easing the Olympic festivities and preventing people from drinking and partying. Tokyo residents are expected to face stay-at-home requests and watch the Games on TV from their homes.

“How to prevent people enjoying the Olympics from going out for drinks is a major problem,” said Health Minister Norihisa Tamura.

The current state of emergency ends on Sunday. Tokyo reported 920 new cases on Wednesday, up from 714 a week earlier. It was the 18th consecutive day of week-over-week increase and the highest total since 1,010 reported on May 13.

Fans from overseas were banned from attending the Olympics months ago. But just two weeks ago, the organizers and the IOC decided to allow the venues to be filled to 50% of their capacity but that the crowds not exceed 10,000 people. The state of emergency will force them to change their plans again, a decision likely to come later Thursday.

The surge in cases likely means the sites will be fanless, although sponsors and others can access them. The fanless atmosphere could include the opening ceremony at the $ 1.4 billion National Stadium.

The rise in infections has also forced the Tokyo city government to remove the Olympic Torch Relay from the streets of the capital, allowing it to operate only on remote islands off the Tokyo coast. It is not known how the torch will enter the stadium for the opening ceremony.

“The infections are in their phase of expansion and everyone in this country needs to firmly understand the severity,” Dr Shigeru Omi, one of the government’s top medical advisers, told reporters.

He urged authorities to take strict action quickly ahead of the Olympics, as the summer vacation approaches.

Omi has repeatedly called for a fan ban and said it was “abnormal” to hold the Olympics during a pandemic.

Separately, a government advisory group on COVID-19 met on Wednesday and expressed concerns about the continued resurgence of infections.

â€œTwo-thirds of infections in the capital region come from Tokyo, and our concern is the spread of infections to neighboring areas,â€ said Ryuji Wakita, director general of the National Institute of Infectious Diseases.

The Olympics are pushing forward against most medical advice, in part because the postponement has blocked IOC revenue streams. It derives nearly 75% of its revenue from the sale of broadcast rights, and estimates suggest it would lose between $ 3 billion and $ 4 billion if the Olympics were canceled.

About 11,000 Olympians and 4,400 Paralympians are expected to enter Japan, along with tens of thousands of officials, judges, administrators, sponsors, broadcasters and media. The IOC says more than 80% of residents of the Olympic Village will be vaccinated.

Nationally, Japan has recorded about 810,000 cases and nearly 14,900 deaths. Only 15% of Japanese are fully vaccinated, which remains low compared to 47.4% in the United States and nearly 50% in Britain.