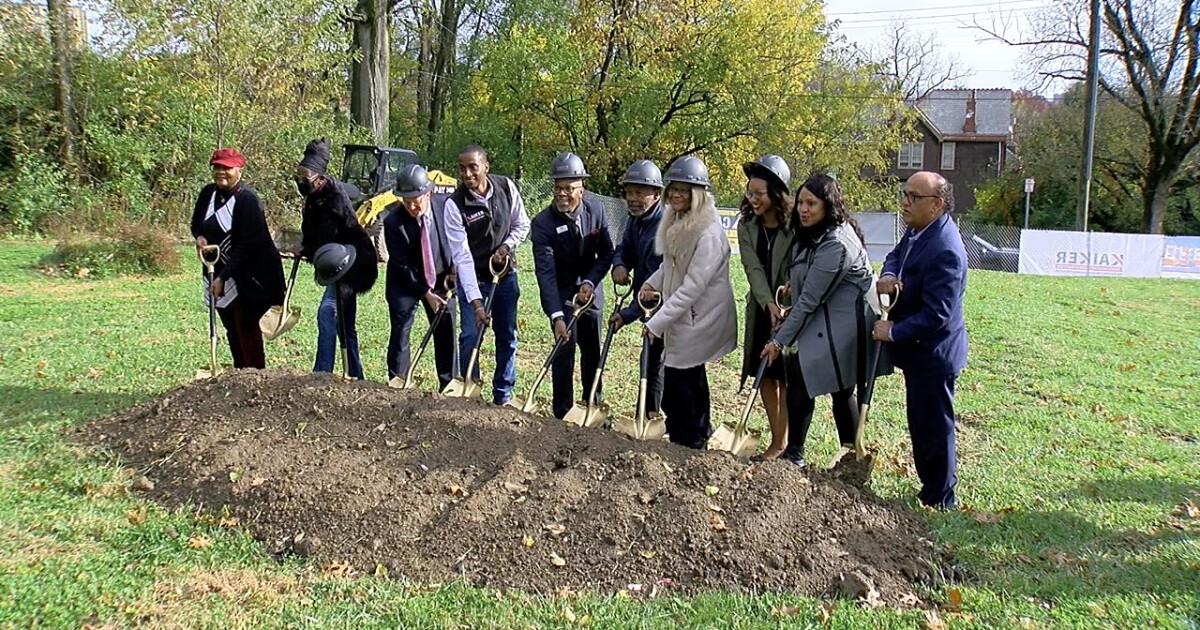 CINCINNATI – A workforce housing development is coming to Avondale, and residents have said they are thrilled with the hope and wealth the project is supposed to bring to the community.

The Avondale Development Corporation inaugurated the first phase of the Hale Avenue Townhomes project on Thursday. Seven new townhouses with two and three bedroom units will be built on land on Hale Avenue between Harvey Avenue and Hallwood Place. The units will cost between $ 230,000 and $ 260,000, prices suited to families earning 120% of the region’s median income.

â€œIt gives families the opportunity to own property here in the community instead of just relying on apartment living,â€ said Terresa Adams, Treasurer of the Avondale Community Council.

Vince Terry, vice president of ADC, said the development is in Cincinnati’s second highest employment area, “so having the property here within walking distance of a lot of jobs is going to be amazing.”

The subdivision means many achievements for its leaders, almost all from disadvantaged backgrounds. The Townhouses are the first development led by black women in Avondale, with Maria Collins of ADC and architect Bridget Harris, president of BTH Construction Delivery, at the helm. The project is also notable for being primarily supported by entities owned and operated by people of color – Kaiker Development & Construction, owned by Kai Lewars, is the general contractor for the project.

â€œIt has been wonderful working with the other companies and organizations who have all contributed professionally to this project,â€ Lewars said.

Lewars noted how rare it is for black businesses to have the opportunity to collaborate and make developments like townhouses a reality. The fact that this was a black-led development helped allay fears from onlookers who thought townhouses would lead to gentrification.

â€œBeing a minority woman leading this charge and being our first project as a non-profit organization, many people have questioned whether we would have the ability or the capacity to make it happen,â€ said Maria Collins. . , ADC’s director of real estate and community development. â€œI think that’s what’s really important in this whole process and why we encountered so many obstacles. We did not yet have a proven track record.

Still, Collins said a small group of people believed in the effort and helped move his team forward.

â€œThese people have worked with us to make sure we can innovate on this project and I appreciate their support and partnership to date,â€ Collins said.

This is ADC’s first stand-alone project. There will ultimately be two dozen townhouses built on Hale and Hallwood avenues in three phases. The houses are particularly marketed to blacks and first time buyers. Organizers say they want to foster opportunities for aspiring black homeowners and provide them with equity in the neighborhood.

CDA officials note that only about 27% of Avondale residents are homeowners, while the remaining vast majority of residents are in rental properties. They hope projects like the Hale Avenue townhouses will continue to introduce more affordable housing to Avondale and surrounding areas.

â€œThere just isn’t enough of that stock in Cincinnati and we’re excited to be able to provide it,â€ said Harris. â€œThis is something that hasn’t happened in the past, and it makes it even more special that we are really here, that we are innovating and that this project is going to move and build. “

â€œWe want to make a sizable difference in what it means to own a home here in Avondale so that when you think of this community as an owner, you think of it as a place where you want your kids to be, your grand- parents be. You want to be able to contribute to the community and make it a great place, â€said Royce Sutton, CDA Chairman of the Board.

These townhouses are part of a dramatic increase in major neighborhood improvements and investments in what was once a struggling neighborhood. Last month, Fifth Third Bank announced it was investing $ 20 million in Avondale as part of an effort to revitalize predominantly black neighborhoods across the country.

Nearby, the expansion of the Cincinnati Children’s Hospital and the development of the Uptown Innovation Corridor on Martin Luther King Boulevard are further signs of Avondale’s transformation in real time. Despite all the changes, leaders say they want all residents, new and old, to feel like they have a place in the community.

â€œAvondale is one of the most sought after communities in town right now,â€ said Tony Moore, chair of the Avondale Community Council. â€œWhat concerns us is: how do we get the current residents to stay who want to stay and get them to mingle with the new residents? It is our job: to keep what we have and to grow with what we will have.

Like Moore, Russell Hairston, the executive director of the Avondale Development Corporation, acknowledges the concerns of longtime residents who fear eviction due to the new development coming to the neighborhood. It supports affordable housing projects like the Hale Avenue Townhouses as a solution for the most vulnerable people to always find stability and a better quality of life in Avondale. He is also optimistic about the positive message this development sends to the community.

Monique John covers gentrification for WCPO 9. She is part of our donor-supported journalism program Report For America. Learn more about RFA here.

If there are any stories about gentrification in the Greater Cincinnati area that you think we should cover, let us know. Send us your tips at [email protected]

Engineering professor recognized for his innovations in cybersecurity