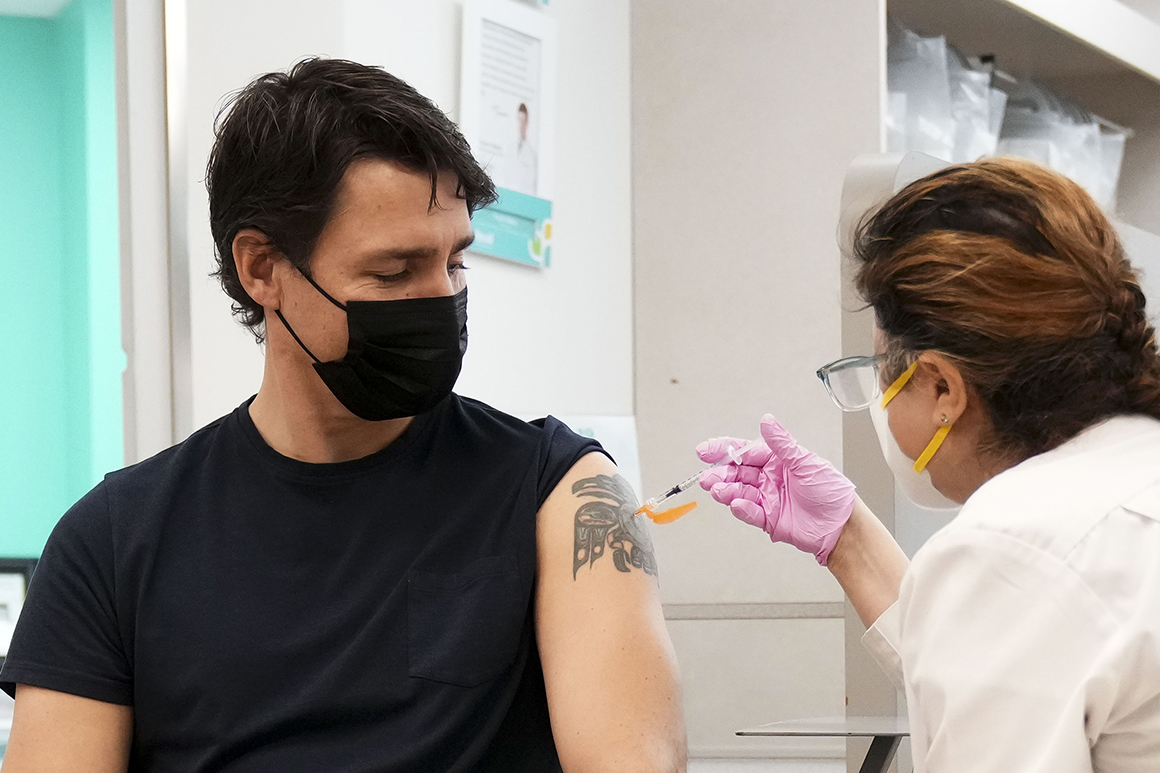 The verdict of the health experts: Too little, too late, told you.

Public health experts across the country had warned for weeks that Omicron’s outsized transmissibility would fuel a surprising new wave of infections at a time when Covid-tired families – boosted or not – were planning to come together.

Sabina Vohra-Miller, health advocate and co-founder of the Vohra Miller Foundation, was among those who sounded the alarm and called for advice and restrictions.

“We have to be proactive, not wait for things to get out of hand. It’s so much harder to take back control when it’s already past that point.”

Hints of a January crackdown, the kind of which seemed unthinkable just a month ago, have sprung just before the holidays. Canadians have been advised not to travel abroad. The schoolchildren were ordered to bring everything home.

The Liberals and New Democrats in the House of Commons shortened their in-person seats in mid-December, adopting a hybrid configuration as they warned of a dangerous new variant spreading like wildfire. The same parties quickly banned MPs from traveling abroad during the holidays.

In a nation obsessed with hockey, players of all skill levels have become canaries in a coal mine.

The December epidemics hit most of Canada’s NHL teams, whose games have been postponed. The annual World Junior Tournament, held just after Christmas in Edmonton and Red Deer, was called off after a handful of positive tests on multiple teams. The biggest youth hockey tournament on the planet, the annual Bell Capital Cup in Ottawa, was next on the chopping block.

Duty free shops have been reduced to ghost towns. â€œI’ve heard in some stores that they would make one or two sales a day,â€ said Barbara Barrett, executive director of the Frontier Duty Free Association. She blamed federal travel advisories for reduced traffic and “dismal” morale among its members.

Meanwhile, millions of Americans – and Canadians too – tuned in to dozens of college and pro football games attended by tens of thousands of unmasked fans – none were put off by the record number of daily cases across the country. (Ontario’s shutdown includes a cap of 10 on outdoor gatherings, down 66,829 from last weekend’s Orange Bowl.)

Innovative Research Group pollster Greg Lyle found in a december poll that Canadians were losing confidence in governments’ handling of Covid. But as fears of the virus escalated, respondents were “more likely to view provincial public health restrictions as too loose (34%) than too strict (23%).”

Lyle’s conclusion: â€œClearly the pressure was on governments to do something, and something would include tighter restrictions. “

In Quebec, Premier FranÃ§ois Legault has imposed his province’s second curfew against the pandemic – a last resort attempt to slow the skyrocketing spread that has unfolded like a lead ball among civil liberties advocates.

Quebec also called on the military to help with a booming vaccination campaign. Federal Emergency Preparedness Minister Bill Blair confirmed Monday that members of the Canadian Armed Forces have been deployed to the province.

Most provinces are facing peaks in similar cases. Many have delayed the return to in-person learning. Alberta and British Columbia have postponed the trials. Newfoundland and Labrador reduced the capacity of gymnasiums and restaurants.

Prime Minister Trudeau’s response echoes what he has told Canadians since the start of the pandemic: â€œWe support you. “

The PM has organized dozens of appeals with premiers since March 2020. He won an election in part by offering vaccine warrants for the federal public service and travelers on planes and trains.

Top federal ministers spent time on Monday tweeting eligibility information for lockdown support programs approved by Parliament in the final hours before a six-week winter break that ends Jan.31. Canadians who cannot work due to capacity restrictions can request weekly payments of C $ 300 – a revamped and targeted version of an old benefit of C $ 2,000 per month.

Trudeau’s critics say these measures do not address capacity issues in provincial health systems. The federal government gave billions to the provinces last year in the form of an expanded Canada health transfer, but premiers complained that a one-time increase was not enough. They called for sustained increases in annual funding to the tune of C $ 35 billion.

Provinces have fought hard against testing capacity limits. Ontario distributed millions of rapid antigen tests in December through its network of government-owned liquor stores, but government-administered PCR tests are harder to find. They are now reserved for symptomatic people at high risk. Anyone else who experiences symptoms is presumed positive.

Trudeau Liberals insist they are constantly buying and delivering rapid tests across Canada – a total of 112 million of them, according to the latest data available. But the provinces are always hungry for more. Alberta recently requested 30 million over three months.

Federal-provincial disputes over how to manage a pandemic often turn into disputes over jurisdiction and who is responsible for what.

The so-called Team Canada approach, in which Premiers mainly held their tongue instead of attacking Ottawa, lasted much of the first two years of the Covid era. But this wave of high-stakes infections is a test of tenuous relationships.

The skyrocketing number of cases and limited testing capacity virtually everywhere has sparked debate over whether the number of base cases should even guide decisions about the new restrictions. Amid the early data suggesting that most Omicron infections are relatively mild, there’s an open question around dinner tables: If it’s next to impossible to avoid Omicron, is it even that bad?

A key indicator is the number of hospitalizations, but even that produces asterisks. More Covid-positive patients are popping up in hospital beds for unrelated reasons and adding to the total – a gap that official Ontario calculators will soon be able to accommodate. Hospitalizations also lag behind infections, meaning the disease is still ahead of the data.

The real mark of Omicron’s impatience will likely be found in the intensive care units. Most civil servants are cautiously optimistic, the variant is significantly smoother than Delta, although their inevitable caveat is that a prolonged spike in cases could still overwhelm most health systems.

Ontario’s new restrictions take effect Wednesday. The province’s health advisers say they believe the wave will peak later this month. “We anticipate a very short, rapid and rapid approach to this epidemic and its impact on the health system,” Chief Medical Officer of Health Kieran Moore said on Monday.

A crumbling healthcare system is the worst-case scenario for any province, and Ford’s desperate appeal could save lives. But there is another factor at play.

Ontario voters go to the polls in June. The measure that matters most to the Prime Minister that day is at the ballot box. A disastrous wave of infections that leaves a helpless province searching for a culprit could spell the end of the Ford era after just one term.

While Ford’s shutdown saves lives, it could save its own skin, too.