On January 15, 2009, the Los Angeles Dodgers placed Andruw Jones on waivers after agreeing to defer the majority of the $21.1 million still owed to him, marking the end of a disastrous 13-month stint with the organization.

Jones joined the Dodgers on a two-year, $36.2 million contract in the 2007 offseason after spending the first 12 years of his career with the Atlanta Braves. Although the move was done with great fanfare, he turned out to be one of the worst signings in franchise history.

Jones showed up to Spring Training out of shape and struggled before undergoing knee surgery in late May. Jones would return in early July but continued to slump and was regularly booed by Dodgers fans after every at-bat.

Jones was placed on the disabled list for the second time in August after re-injuring his knee, which effectively ended his season. In 75 games, Jones batted .158/.256/.249 with eight doubles, three home runs and 14 RBIs in 238 plate appearances.

The five-time All-Star then signed a minor league contract with the Texas Rangers after clearing waivers and enjoyed a rebound year hitting .214/.323/.459 in 82 games during the 2009 season.

Jones then joined the Chicago White Sox for the 2010 season before spending the final two years of his career with the New York Yankees.

Also on this day in Dodgers history – but in 2010 – the Dodgers avoided salary arbitration with Matt Kemp by agreeing to a two-year, $10.95 million contract.

Kemp was coming off a career season in which he batted .297/.352/.490 with 25 doubles, seven triples, 26 home runs, 101 RBIs and 34 stolen bases in 668 plate appearances (162 games). He finished 10th in National League MVP voting that year while winning his first career Silver Slugger and Gold Glove Awards.

Are you subscribed to the Dodger Blue YouTube channel? Be sure to ring the notification bell to watch player interviews, participate in shows and giveaways, and stay up to date with all the Dodgers news and rumors! 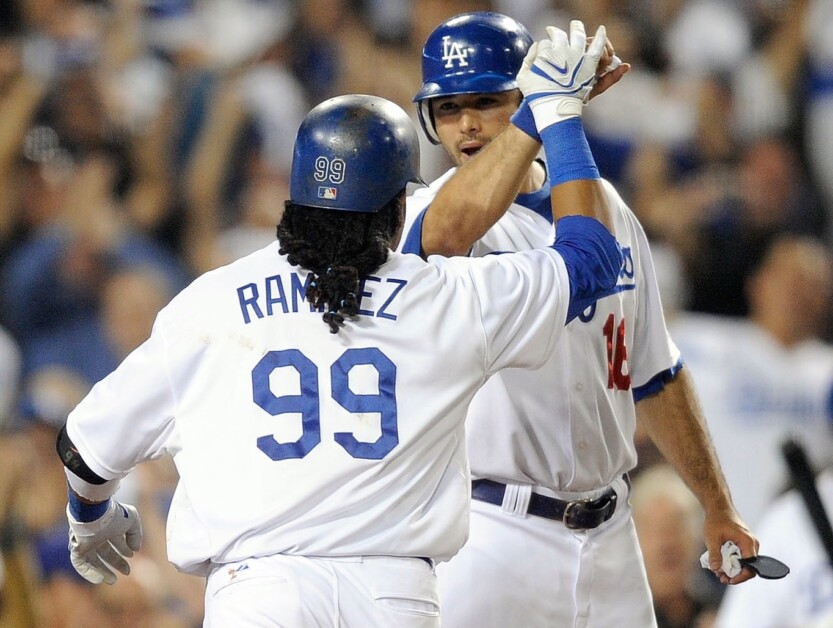