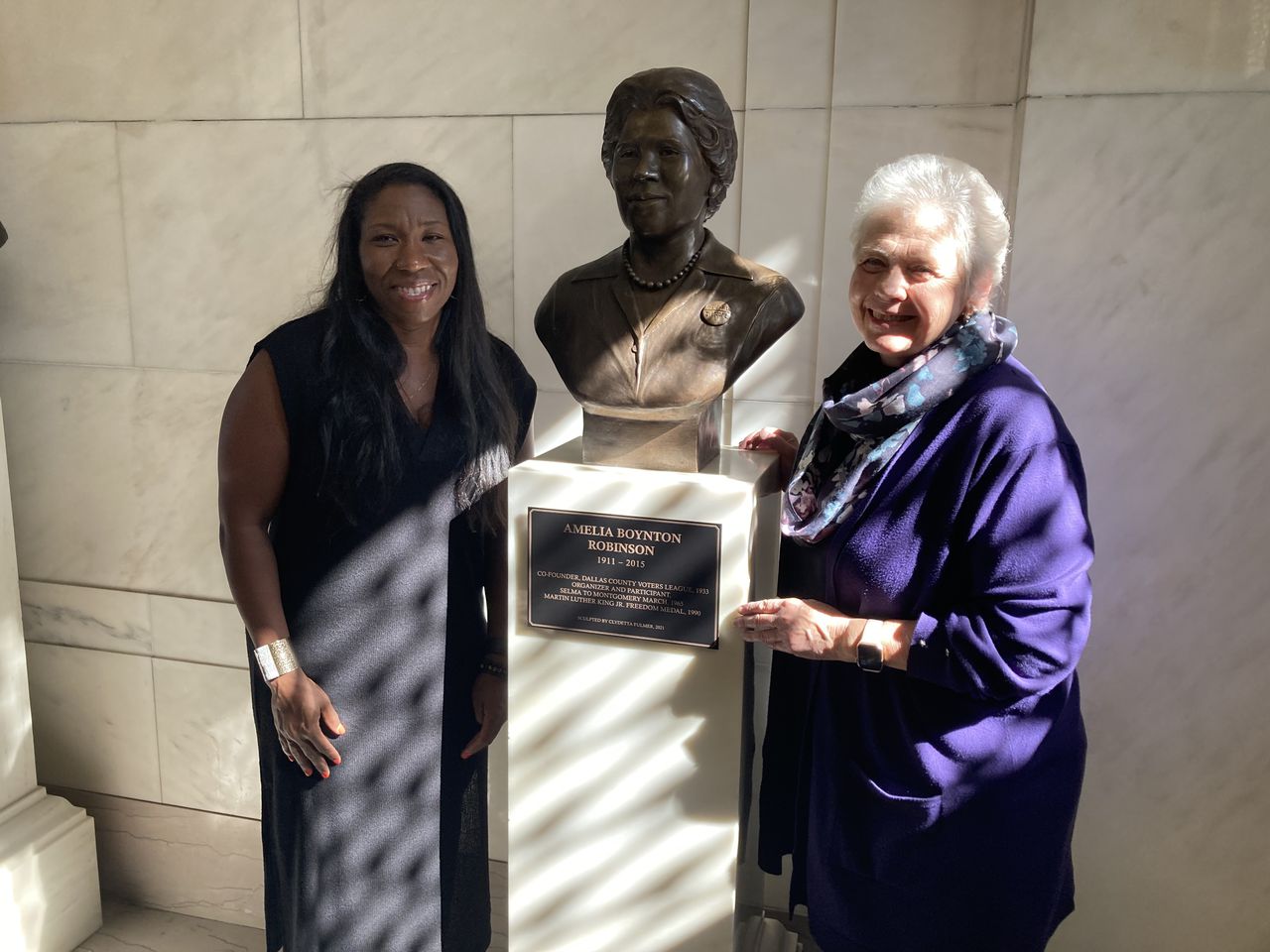 The Alabama Department of Archival History today unveiled the busts of two women who fought for the franchise in Alabama, monuments that will be on permanent display in the ADAH Statues Room .

Pattie Ruffner Jacobs (1875-1935) was the leading suffrage activist in Alabama, founding the Alabama Equal Suffrage Association and having served as president from 1912 to 1916, according to the ADAH. When the Alabama legislature refused to pass a suffrage amendment in 2015, Jacobs focused on a national amendment, helping to organize and serve on the board of directors of the National American Women Suffrage Association. After the 19th Amendment was ratified in 1920, she helped establish the Alabama branch of the League of Women Voters and served on the organization’s national council.

Amelia Boynton Robinson, (1911-2015), was one of Alabama’s leading civil rights and voting rights activists, co-founder of the Dallas County Voters League in 1933 and leading efforts to register black voters at a a time when it was difficult and dangerous, according to ADAH. Robinson was among the beaten and gassed civil rights protesters on the Edmund Pettus Bridge on the Bloody Sunday of March 7, 1965, a day that helped galvanize support for the Voting Rights Act passed by Congress later in the year. President Lyndon Johnson invited her to attend the signing of the historic bill.

Jacobs and Robinson are the first two women to be honored with statues in Statuary Hall, which houses busts of six men.

Governor Kay Ivey attended the unveiling. Relatives of Robinson attended and posed for photos with the monument. Robinson’s granddaughter, Carver Boynton of Birmingham, said her grandmother always encouraged people to wage their own battles for civil rights.

“One of the things my grandmother always said people know her about is’ just give my shoulders a go”, “Boynton said. “And what she means by that is that she wants us all to move forward in our own activism and in our own creation of equality and fairness for one another.”

The statues were unveiled after a program including a slide show narrated by sculptor Clydetta Fulmer, who explained step by step how the busts were created. Fulmer was also the sculptor of the Rosa Parks statue in Montgomery’s Court Square and the Revolutionary War General Richard Montgomery statue in the capital.

Fulmer said she remembered visiting the archives and history as a child, a traditional school trip for elementary school students in Alabama. She said she remembers being amazed by the marble hallways, artifacts, portraits and exhibits.

“I would not have thought that it was possible that my work would one day be part of this institution,” Fulmer said. â€œAnd I hope that these sculptures that are unveiled today will inspire all who see them with a sense of their own possibilities. “