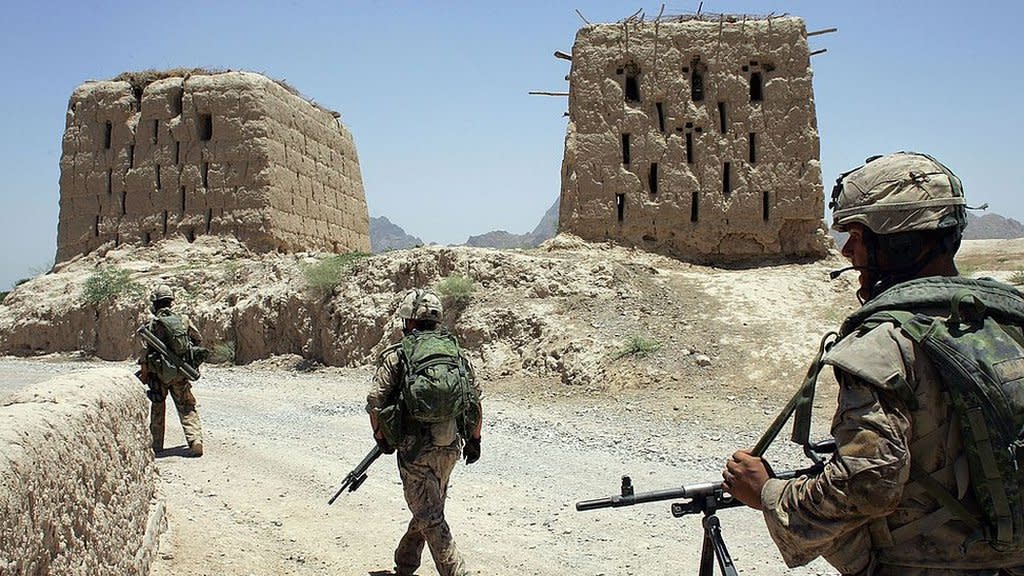 At the end of 2011, Saifullah Mohammad Zahed was working as an interpreter for Canadian troops in the Afghan province of Kandahar when he received a letter from the Taliban.

Soon after, Mr. Zahed was able to settle in Canada after working for six years with Canadian and NATO forces in Kandahar, a province considered the birthplace of the Taliban.

It was not an empty threat.

“My father was shot by the Taliban,” he told the BBC from his home in Calgary. “Since then, my family has been on the move, going from province to province. We have all been targets of the Taliban for a long time.”

Mr. Zahed is one of hundreds of Afghans who have worked for the Canadian Forces as interpreters and in other jobs. Many hope to get their families out of Afghanistan – where they face reprisals from the victorious Taliban – and bring them to Canada.

After the fall of Kabul last August, the federal government of Canada pledged to welcome up to 40,000 refugees and vulnerable Afghans into the country. As of April 21, more than 11,300 Afghans have arrived in Canada.

As part of this effort, the government announced in November a pathway to permanent residency for extended family members of Afghan interpreters already in Canada.

But critics of the extended family program have accused the government of imposing unreasonable and often redundant bureaucratic hurdles on family members – including documentation and biometrics – that lead to delays.

Several Afghan interpreters in Canada have described dozens of pages of necessary documentation and few, if any, opportunities for family members to safely leave Afghanistan to complete the required paperwork.

To date, not a single Afghan has arrived in Canada through this program.

Jenny Kwan is the immigration critic for the opposition New Democratic Party and has advocated on behalf of at least 300 Afghan families – about 5,000 people in total.

She said the main problem is that many families still in Afghanistan cannot safely travel to a third country where they can do biometrics and submit the necessary documents to travel to Canada.

“They’re going to have to go to an office run by the Taliban right now and ask for passports,” she said. “As you can imagine there are red flags and alarm bells going off when the whole family shows up saying they need a passport to go to Canada.”

Mr. Zahed, for his part, said the lives of family members still in Afghanistan are at risk every day they remain in the country.

While one of his two brothers managed to smuggle the country out of the country to Turkey, another – who remained in Afghanistan – disappeared. His fate is unknown.

“The Taliban searched houses,” he added. “I have two other colleagues who live here [in Canada] We lost 11 [family members]since the Taliban took over. The other’s sister was killed in a school. It was really, really dangerous.”

Another former interpreter, Ottawa-based Ghulam Faizi, told the BBC he has 18 members of his extended family in Afghanistan, where they live in hiding.

Three other family members traveled to Pakistan, where they waited in vain for permission to travel to Canada.

“They have been there for three months and now their Pakistani visas have expired,” he said, saying some never received a response from Canadian authorities.

Many interpreters and those who work on their behalf are frustrated with the treatment of Afghan allies when they see how Canada handles the process for Ukrainians fleeing the war.

In the case of Ukraine, Immigration Minister Sean Fraser announced that Canada will waive most visa requirements as well as biometrics for seniors and those under 18. Those who qualify for the emergency travel program can stay in Canada for up to three years.

By the end of March, more than 60,000 Ukrainians and their families had applied through the program.

“No one understands the situation in Ukraine better than us. Our country was also invaded by the Russians,” Zahed said. “And we appreciate what the government is doing for them. But we must not be forgotten by the Canadian government.”

According to Ms. Kwan, short-term measures that can be taken by the government include waiving most of the required documents and issuing a travel document that can be used to leave Afghanistan to a third country, where they can go in Canada.

As part of measures announced to support Ukrainian refugees, Canada said it may issue a single permit travel document for refugees who do not have a passport or whose passport has expired, on a case-by-case basis.

“[They should] issue these travel documents as they do for Ukrainian nationals,” Ms Kwan said.

Responding to questions from the BBC, Aidan Strickland, a spokesperson for Immigration, Refugees and Citizenship Canada, said “the hard truth is that there are obstacles we face in Afghanistan that were not there. in other large-scale resettlement efforts”.

These challenges include the fact that Canada has no presence in Afghanistan and that diplomatic efforts are impossible due to the Taliban’s status as a terrorist entity under Canadian law, he said.

While Mr. Strickland acknowledged that crossing Afghanistan’s borders is dangerous and that “many vulnerable and at-risk Afghans” who qualify for Canadian programs remain in the country, the government is doing what it can to help quickly resettle the Afghans.

As an example, he said that the departure of Afghan refugees to Pakistan depends on the entry and exit conditions of the Pakistani government.

“At each stage there is a unique challenge depending on the circumstances,” he said, adding that “the Government of Canada remains firm in its commitment.”

For performers like Mr. Faizi, however, these promises bring little comfort.

“We are veterans too. We fought side by side with them and supported the Canadian mission,” he said. “But we are not treated as allies, or even like other refugees who come to Canada.”